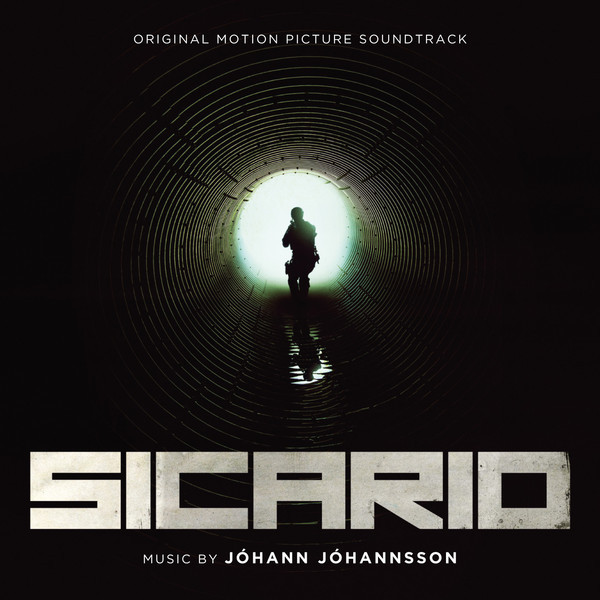 SICARIO debuted at the Cannes Film Festival earlier this year, earning rave reviews for both the film and the score. Vanity Fair Magazine called the score rumbling, evocative and he [Jóhannsson] has a wonderful knack for balancing eye-popping technical flourishes with more organic texture and mood. Sicario is Jóhannssons second collaboration with director Denis Villeneuve, for whom he scored the 2013 film PRISONERS.

Denis didnt use temp music while editing, so I began writing the music with a completely blank slate. This was both daunting and exhilarating, said Jóhannsson. Like Prisoners, its quite tense and has a certain sense of dread, but the instrumentation is very different. While Prisoners had practically no drums at all, there is a lot of percussion in Sicario; I recorded 5 different drummers and did a lot of electronic manipulation of the recordings.

Jóhann Jóhannsson is a Berlin-based composer originally from Iceland. His varied and eclectic output includes commissioned works for Bang on A Can, Theatre of Voices and the Icelandic Symphony Orchestra as well as a collaboration with the New York-based experimental filmmaker Bill Morrison on the film The Miners Hymns. His debut album Englabörn appeared in 2002 and he has since released 5 solo albums on the labels Touch and 4AD.

Writing music for plays, dance and theatrical performances led to work on film soundtracks. Jóhannsson has scored more than a dozen movies, including The Good Life (Eva Mulvad, DK 2010), Varmints (Marc Craste, UK 2008) and For Ellen (So Yong Kim, US 2012) before his recent work with director Denis Villeneuve on Prisoners and Josh C. Waller on McCanick. His music has also found a home in art house films across the globe, from Lou Ye's Mystery (CN 2011) to Janos Szazs' prize winning drama, Le Grand Cahier (HU 2013). Jóhannsson was awarded a Golden Globe in January 2015 for Best Film Score for The Theory of Everything, directed by James Marsh. His music for the film also earned Jóhannsson both Oscar and BAFTA nominations for best original score.

In Mexico, SICARIO means hitman. In the lawless border area stretching between the U.S. and Mexico, an idealistic FBI agent [Emily Blunt] is enlisted by an elite government task force official [Josh Brolin] to aid in the escalating war against drugs. Led by an enigmatic consultant with a questionable past [Benicio Del Toro], the team sets out on a clandestine journey forcing Kate to question everything that she believes in order to survive.

I was partly inspired by the spectral writing of composers like Gerard Grisey and Horatiu Radulescu while the percussive aspect of the score was partly inspired by the group Swans - I wanted to capture a kind of relentlessly slow and mournful but still ferocious and brutal energy, Jóhannsson described. I used a combination of 65-piece orchestra and individual soloists, combined with extensive electronic manipulation of the recordings, to create the score. The orchestral writing is textural rather than melodic.