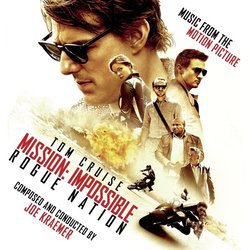 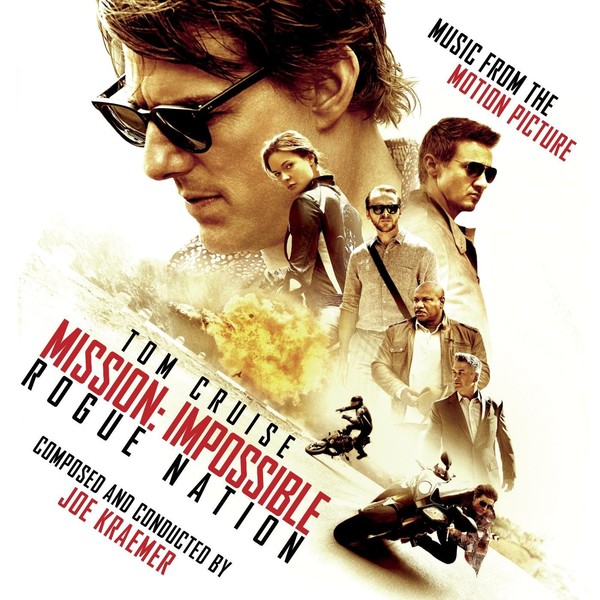 Kraemer composed a motif for Ethan Hunt that is “a sort of upside-down answer” to Lalo Schifrin’s original theme for the TV show. “In keeping with the goal of paying homage to original show, while still sounding relevant to today’s audiences, I decided I would only use instruments that were available in 1966, when the TV show began,” Kraemer stated. “That meant no synthesizers, no techno loops, essentially no electronic instruments at all. As a result, the score has been performed entirely with acoustic instruments in a symphonic orchestral setting.”

Joe Kraemer has been scoring films since the age of 15, when he composed the soundtrack for high school classmate Scott Storm’s THE CHIMING HOUR, a feature-length indie shot on Super 8 in 1986. It was during this time that he first met a young writer named Christopher McQuarrie, a meeting that would lead to three career-defining projects for Kraemer, THE WAY OF THE GUN, JACK REACHER, and the upcoming MISSION: IMPOSSIBLE ROGUE NATION. Kraemer attended the renowned Berklee School of Music in Boston to study Film Composing. Kraemer’s first real ‘industry’ gig was scoring the NBC/Warner Brothers pilot THE UNDERWORLD, written and produced by Christopher McQuarrie, shortly following McQuarrie’s Oscar win for THE USUAL SUSPECTS. Though the series was not picked up, the pilot was ultimately repurposed as a TV movie, where it has gained a cult following.

Ethan Hunt (Tom Cruise) and his team take on their most impossible mission yet in MISSION: IMPOSSIBLE ROGUE NATION. Jeremy Renner, Ving Rhames, Simon Pegg, Rebecca Ferguson and Alec Baldwin also star in the fifth installment in the blockbuster franchise. The film is directed by Christopher McQuarrie and will be digitally re-mastered into the immersive IMAX® format and released in IMAX® theaters worldwide beginning July 31st.

“The setting is very high-tech,” said Kraemer. “As I had endeavored to avoid electronic instruments in the score, I had to find another solution that felt electronic, but was in fact acoustic. When Christopher McQuarrie heard the music I wrote for that scene, he encouraged me to expand its use to other parts of the film.”