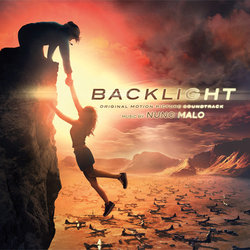 Kronos Records is proud to present the music of BACKLIGHT, by acclaimed Portuguese composer NUNO MALO. For BACKLIGHT Kronos records goes back into the not too distant past of the composer to release his wonderfully melodic and affecting soundtrack for BACKLIGHT (aka THE SIGNAL).

The composer has created a melodically sublime and particularly haunting musical score for this motion picture from 2010 which became the number 1 box office movie in Portugal in that year. The director Fernando Fergata produced a thought provoking piece of cinema and it has thankfully in recent times been referred to as a cinematic masterpiece by a number of critics, which is a statement that I would have to agree with. BACKLIGHT is a solely Portuguese production but most of the picture was shot in The United States which is a surprising factor.

The composer combines both conventional instrumentation with synthetic components and fuses these elements together seamlessly to fashion a plethora of exquisite musical compositions. A truly hauntingly beautiful score by this young amazing composer.
Limited edition of 500 copies!