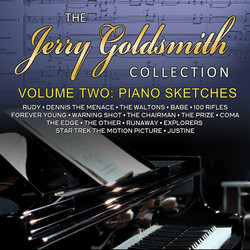 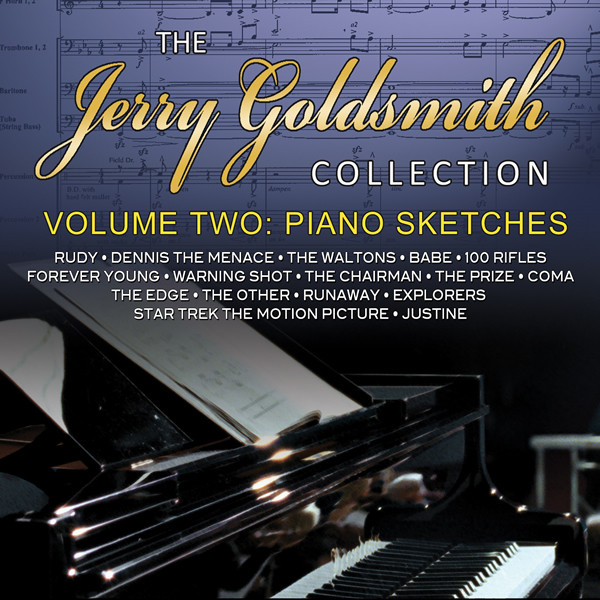 BuySoundtrax Records is proud to announce the release of THE JERRY GOLDSMITH COLLECTION - VOLUME 2: PIANO SKETCHES, the second release in their series of new recordings of classics from the composer’s extensive filmography, newly interpreted for solo piano.

With THE JERRY GOLDSMITH COLLECTION - VOLUME 2: PIANO SKETCHES, BuySoundtrax Records presents the music of one of Hollywood’s finest musical practitioners translated into the intimate medium of solo piano, arranged and performed by a trio of expert pianists: Dan Redfeld, Joohyun Park, and Mark Northam. Each of these players comes from a somewhat different background and brings a unique style to the keyboard, yet all share a profound respect for the composer which is evident in their respectful transliteration of his music onto the piano. As author Randall Larson describes in his liner notes, “Distilling Goldsmith’s often thunderous film music into such a focused medium as solo piano is a challenging undertaking, until one remembers that Goldsmith himself was a pianist and performed piano solos on several of his own scores.”

The tracks presented on THE JERRY GOLDSMITH COLLECTION - VOLUME 2: PIANO SKETCHES are culled from nearly every genre Goldsmith worked. The album represents four decades worth of Goldsmith’s film music spread over thirty years, from 1963’s THE PRIZE to 1993’s RUDY, with music ranging from the sublime melodic beauty of love themes from exotic period drama JUSTINE, medical sci-fi thriller COMA, sci-fi romance drama FOREVER YOUNG, and sports-oriented TV-movie BABE to more aggressive performances from the cop thriller WARNING SHOT and the wistful Americana flavoring of TV’s THE WALTONS. “The objective of this project was to remind people that Jerry was always a tunesmith,” said album producer Ford A. Thaxton. “He could always write a really great tune. He’s not known as much for that – it’s his great orchestrations and exotic textures that he is most often recognized for, but when it came down to writing a tune, Jerry had a great gift. Hearing them from the austerity of a solo piano performance really allows their melodic brilliance to come out.”