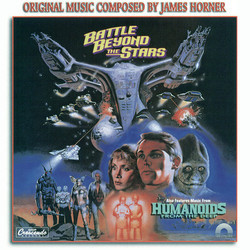 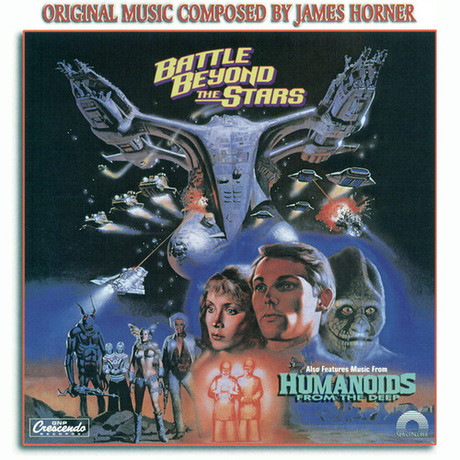 Ocultar reseñas en otros idiomas
Battle Beyond the Stars / Humanoids from the Deep - 06/10 - Crítica de Tom Daish, Publicado en 2010-09-26 19:34:31 (Inglés)
Hey, it's Prokofiev, no, wait, that's from Star Trek: The Motion Picture, or is it Star Wars, but hang on, this sounds like Krull or Star Trek II: The Wrath of Kahn. Battle Beyond the Stars isn't especially original, you might have gathered that by now. However, it is a hideously enjoyable score - sorry it's true. It bubbles with youthful enthusiasm and more copying from other scores than you can shake a stick at, but done with such recklessness that it's more amusing than annoying. The opening track is actually reasonably original, only the echoing trumpets recalling Jerry Goldsmith. The main theme is close to exceptionally cheesy, but Horner is just able to keep it on the right side of kitsch.