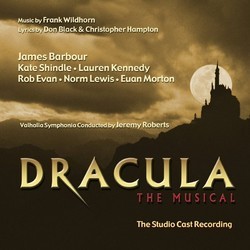 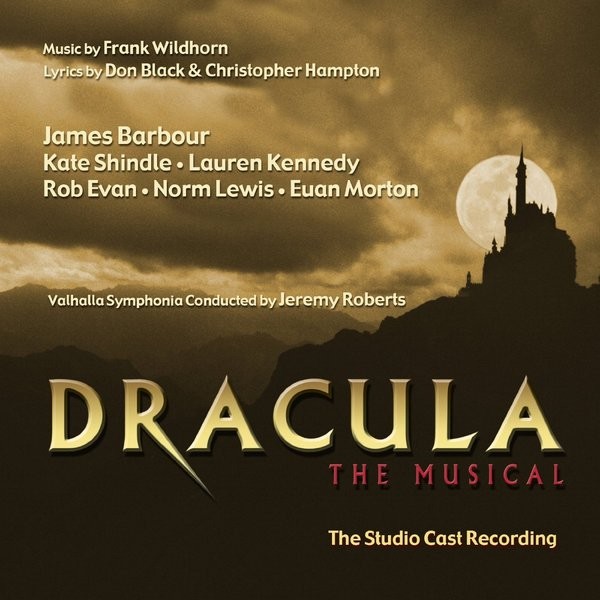 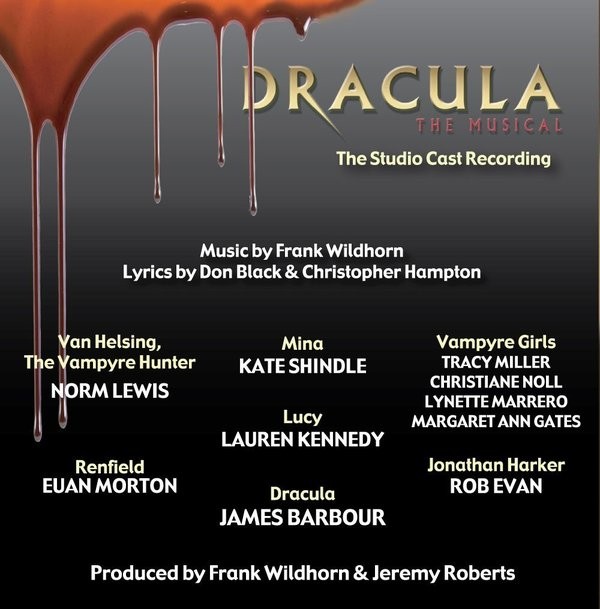 A brand new studio cast recording, with 4 new songs that were written for the Broadway production, but were never put in the show. All new orchestrations by Jeremy Roberts.

Music by Frank Wildhorn, book and lyrics by Don Black and Christopher Hampton.

This recording tells the story of Dracula, with a few twists... An all-star lineup of some of Broadway's legendary voices -- Including new songs that were never heard in the Broadway production! This recording was produced by Frank Wildhorn and Jeremy Roberts -- the team that brought you Jekyll & Hyde 'Resurrection' and countless 'pop-theater' favorites. This is a studio album -- it is not related to any staged version of the musical -- and that gave the artists an opportunity to 'simply' tell their story in the studio environment...