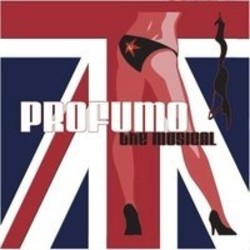 A whimsical snapshot of the early post-Colonial Conservative 60’s before the new dawn of Television and the ‘Pill’ that instigated the social revolution of the ‘Swinging Sixties! The setting is in 1961 London outside the Houses of Parliament; Harold MacMillan’s Conservative government are in power;

John Profumo, who is the Minister for War and happily married to the beautiful iconic film star Valerie Hobson, is about to embark on a scandalous love affair with a teenage night-club dancer, Christine Keeler. Together with her friend the foxy Mandy Rice-Davies and their Pygmalion Dr Stephen Ward they unwittingly form the catalyst that will bring the establishment to it’s knees and lead to the eventual downfall of Macmillan’s outmoded government; shocking the whole world and changing the political landscape in the West forever! The spectator follows a journey of political intrigue, sexual misconduct, wild parties, murder, racism and black magic, involving East End and European gangsters, Caribbean drug dealers and Russian spies!

The interpretation of this Period allegorical tale is a light-hearted/kitsch impression told within the framework of a Comic-Book setting!

A simple linear chronological narrative with a dark provocative interior landscape that taps into the hidden human psyche and the mysterious world of human mythology in which the characters represent the inner moral conflict of the human soul! It is an exploration of why humans ignore moral intellect and risk everything in the act of sexual betrayal! cckengordon 2003-2011