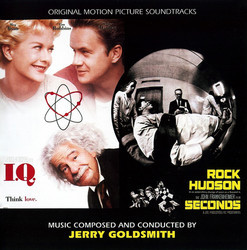 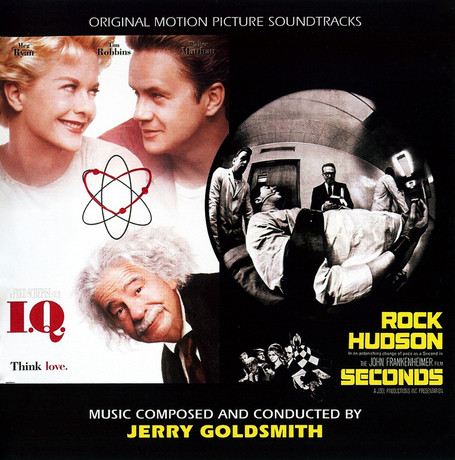 Film composer great Jerry Goldsmith (PATTON, THE OMEN, GREMLINS, FIRST BLOOD) takes us on an emotional, musical journey through the light and dark realms of science with this limited edition release of two of his previously unreleased scores from Paramount Pictures -- I.Q. (1994), starring Meg Ryan, Walter Matthau and Tim Robbins, directed by Fred Schepisi and SECONDS (1966), starring Rock Hudson, Murray Hamilton, directed by John Frankenheimer. This CD, produced by Dan Goldwasser, was mastered by Mike Matessino from Paramount Pictures vault elements. The 20-Page CD Booklet features in-depth liner notes by Jeff Bond that bring you behind-the-music of both orchestral scores -- film music that boldly demonstrates the brilliant talent and versatility of one of the medium’s most beloved composers. This is a limited edition of 3000 Units.

ABOUT THIS RELEASE: - Jerry Goldsmith's I.Q. was mastered from a combination of 2-track and 3-track mixes from the Paramount vault. Mastered by Michael Matessino, the music - recorded in 1994 - was recent enough to not require any restoration work, but it went through a careful EQ and clean-up process. Regarding SECONDS, the only source available from the studio vaults were mono 35mm music stems off of the original film. Because this three-channel split source contained dialogue, music and sound effects, there was a bit of bleed onto the music tracks. While many of the music cues were clean and easily mastered, the few cues with faint dialogue bleed had exacting and respectful clean-up work done on them to make the music as presentable as possible. Since we did not want to lose any of Goldsmith's precious, much-demanded music, there is still some bleed present in a few of the bonus tracks, but these tracks have been restored to the best quality possible given the source material.