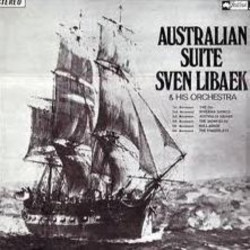 Rare 1969 Release by Sven Libaek and His Orchestra. Scored with a full Orchestra including a Jazz group, the album was recorded using some of the finest musicians from Sydney, Australia. The Album was one of the most expensive records to be produced in Australia at that time.

The Album follows on from the music Sven composed for the Vince Serventy's Australia Nature Series 'Nature Walkabout' in 1966, He says in the liner notes 'I have had a strong desire to try and capture my impressions of this country in a large work. The Australia Suite is this wish fulfilled' .