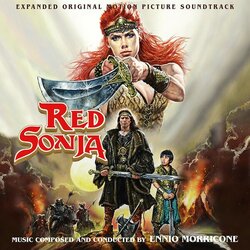 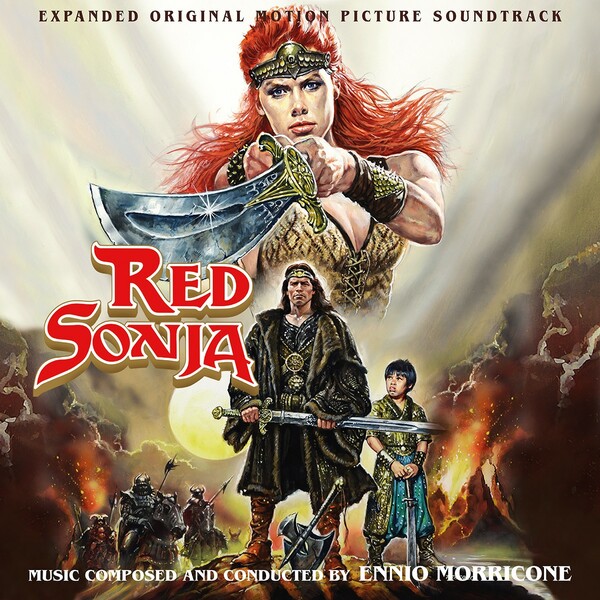 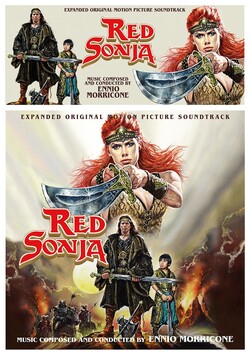 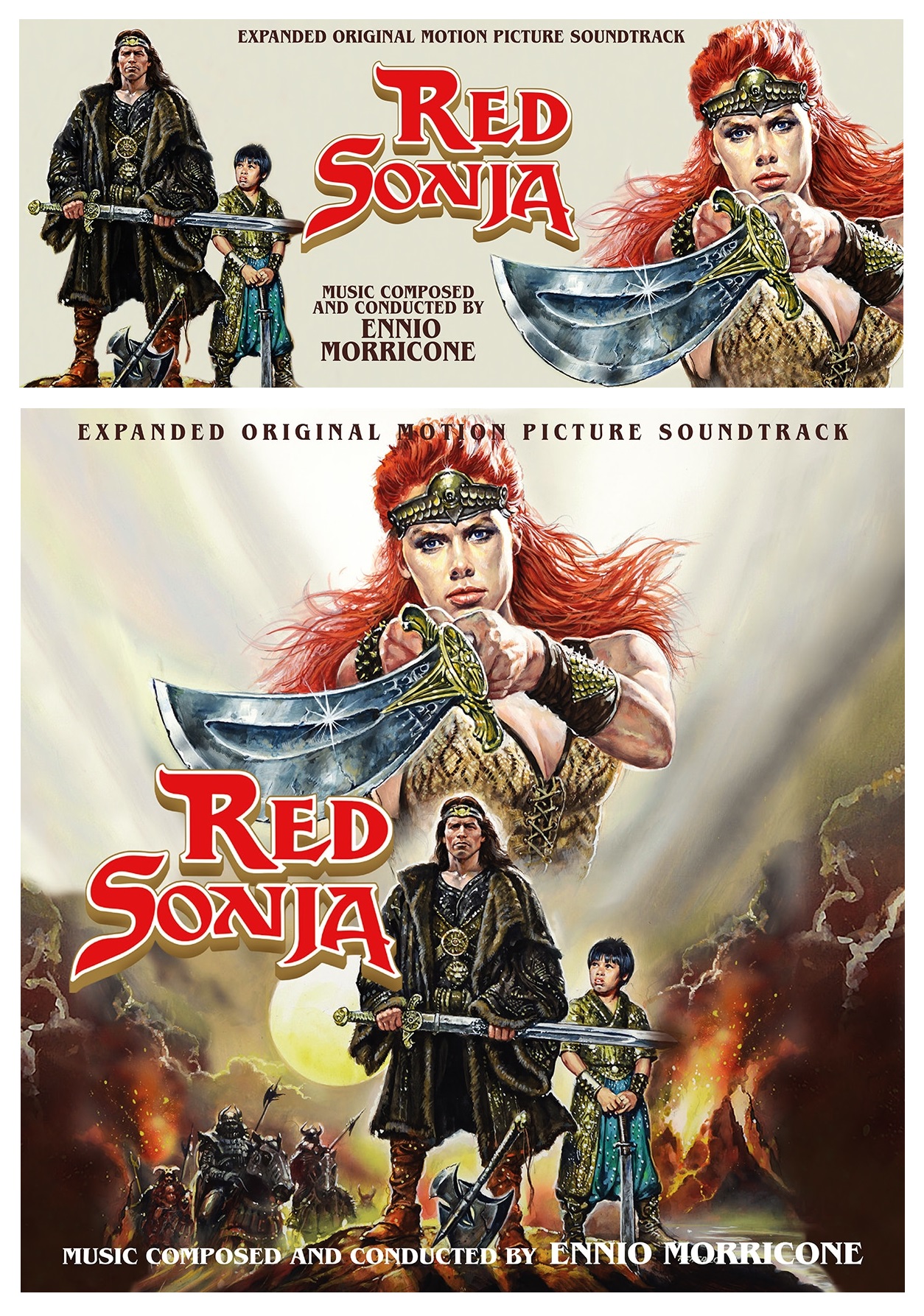 Initially conceived as a kind of continuation of the Conan saga started three years earlier by the same producer, Dino de Laurentiis, the original idea was to tie in Sonja’s character with the rest of the Conan universe and create a trilogy featuring the hulky Cimmerian. But the picture eventually became just a loose appendage to the franchise, although it kept the same director as Conan The Destroyer and Schwarzenegger as the main star.

Ennio Morricone, who took over after Basil Poledouris scored the first films, provides a powerful and exciting score dominated by an epic march as the main theme, far away from the Poledouris style. The score also features a beautiful love theme, fierce action cues, adventure music and dark and mystical passages.

Red Sonja was originally released by Varčse Sarabande on an LP (and later on CD) featuring two extremely long tracks labeled “Symphonic Suite for Chorus and Orchestra – Part I & II,” although the music was organized like a regular album—just without separate track titles. In 2010, Perseverance Records released a new edition of the CD, cutting up the suites into tracks and organizing them into mostly chronological order, but not adding new material.

This new edition contains all the music from the original album program in stereo (also reorganized in film order) and then the complete score in mono (from the only elements available).
Both versions of the score have music that’s not heard in the other—for instance, the main battle theme from the album (“Fighting the Soldiers”) is never heard in such a developed version in the film, while other bits and pieces (like the music for Varna’s escape) were not included on the album. By combining the two programs, this is as complete as Red Sonja can get.

Produced, restored and mastered by Chris Malone, the package comes with a 16-page full-color booklet including in-depth liner notes by Gergely Hubai discussing the film and score.
Two-sided cover art features the original poster and the new one created for the 4K restoration in 2022, both designed by the great artist Renato Casaro.