The Pride and the Passion / Kings go Forth 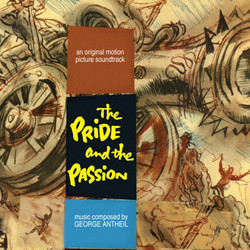 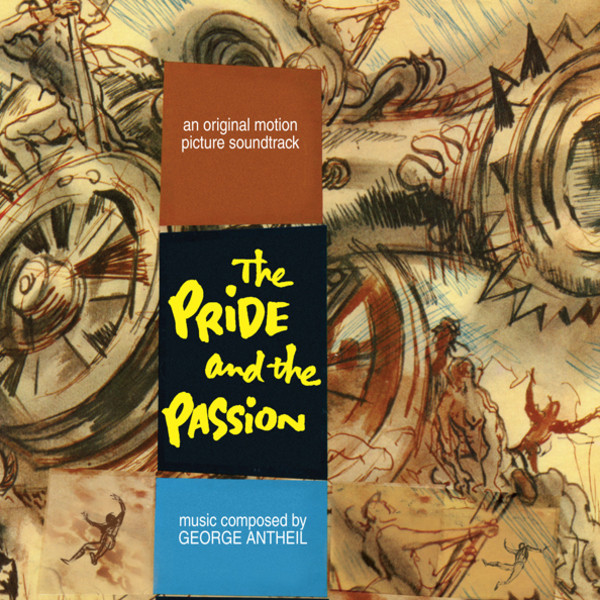 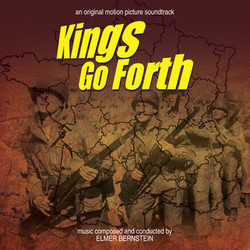 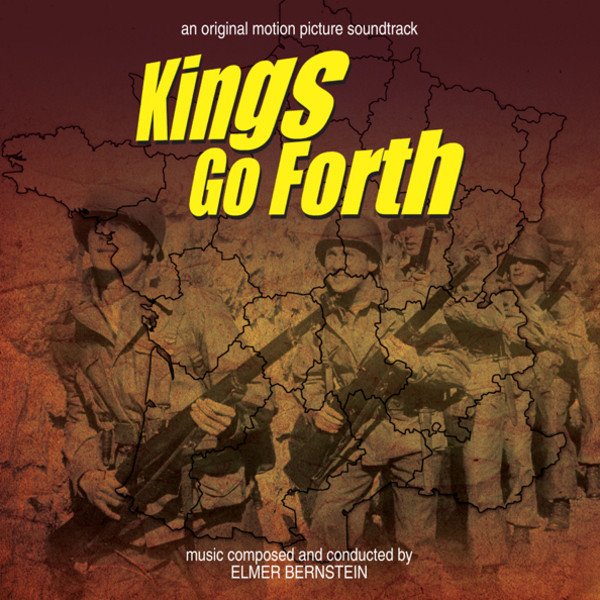 The Pride and the Passion (1957)
Kritzerland is proud to present a limited edition double-bill soundtrack:

The Pride and the Passion, a United Artists film made in 1957 by producer and director Stanley Kramer, was a huge production with three major stars, Cary Grant, Frank Sinatra, and Sophia Loren, thousands of extras, a rather large cannon, and the grandeur of VistaVision and Technicolor. Adapted from the C.S. Forester novel, The Gun, The Pride and the Passion takes place in Spain during the Napoleonic wars. A British captain (played by Grant) is ordered to find and bring back to the British lines a large cannon, which will then be used to attack the French garrison at Avila. Along the way, there are trials and tribulations, romance, adventure, excitement, and a rousing climactic battle scene in which some survive and some donĺt.

The film opened to mixed reviews, although most of them praised the production itself. Variety said, ôTop credit must go to the production. The panoramic, long range views of the marching and terribly burdened army, the painful fight to keep the gun mobile through ravine and over waterway ľ these are major pluses.ö However, with star power like Grant, Sinatra, and Loren, the reviews didnĺt matter and the film had a healthy box-office and was one of the twenty highest-grossing films of its year.

Helping the film immeasurably was the colorful and dramatic score by George Antheil. Antheilĺs output was quite varied and he wrote some terrific scores for such films as The Plainsman, Knock On Any Door, We Were Strangers, The Fighting Kentuckian, Tokyo Joe, House By The River, In A Lonely Place, The Sniper, Not As A Stranger, and many others. The Pride and the Passion is at the top of Antheilĺs film work. Symphonic, suffused with Spanish color and wonderful themes, as well as containing a couple of beautiful choral cues, the music is glorious and works wonderfully in the film.

A year later, United Artists released Kings Go Forth, which takes place in the final years of World War II in Southern France. Adapted from the novel by Harry Joe Brown (who had two other excellent films adapted from his books ľ Stars In My Crown and Addie Pray, which became Paper Moon), and directed by the wonderful and very underrated Delmer Daves (Broken Arrow, 3:10 To Yuma, Cowboy, A Summer Place, and many others), the film starred Frank Sinatra, Tony Curtis and Natalie Wood. The film features one of Sinatraĺs best performance, as well as a brilliant score by Elmer Bernstein.

1958 was an incredible year for Elmer Bernstein, writing scores for such disparate films as Desire Under The Elms, Saddle The Wind, Godĺs Little Acre, Anna Lucasta, The Buccaneer, Some Came Running, and Kings Go Forth. Despite the prodigious output for that year, he provided one of his best scores for Kings Go Forth. The score then runs the Bernstein gamut ľ from action music, to scene-setting music, to romantic music, to a couple of jazz sequences (featuring Red Norvo, Pete Condoli, and others). Itĺs Elmer Bernstein from his early period and thereĺs just nothing like his music from that era.

Both The Pride and the Passion and Kings Go Forth were originally issued on Capitol Records. They were issued on CD in the United Kingdom by Cloud Nine Records (but not coupled together) ľ those issues have been out of print for many, many years. For this release, we have gone back to the original first generation album masters housed in the Capitol vaults. For those who have the LP issues you will note two changes: On The Pride and the Passion we have omitted the track ôJuanaĺs Flamencoö as it was not composed by Antheil and is basically lifted from the actual film track and consists of loud guitar strumming, loud singing, and loud flamenco stomping and yelling; it interrupts the flow of the score and its presentation and not in a good way. On Kings Go Forth, side one and two of the LP both contained a track entitled ôMoniqueĺs Theme.ö One listen to each track easily confirmed that it was simply the exact same track repeated ľ we have removed its second use as it is redundant and exactly the same track as the earlier one. Additionally, we have reinstated the track ôBrittĺs Blues,ö which was left off the Cloud Nine release. Both scores are presented in their original mono sound.

Other releases of The Pride and the Passion (1957):