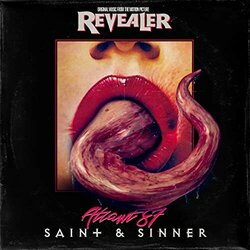 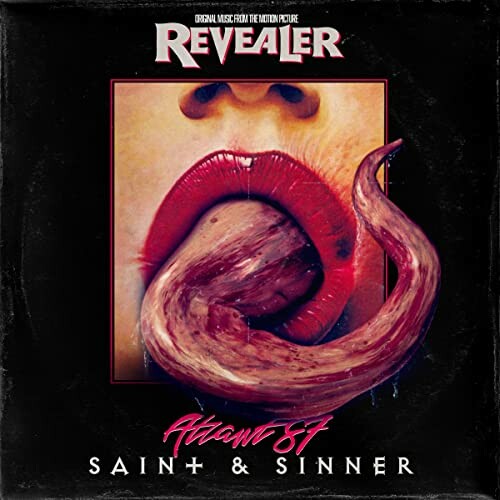 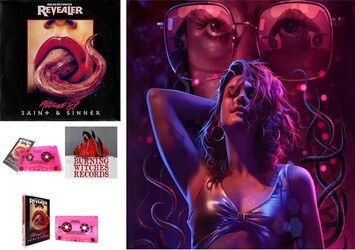 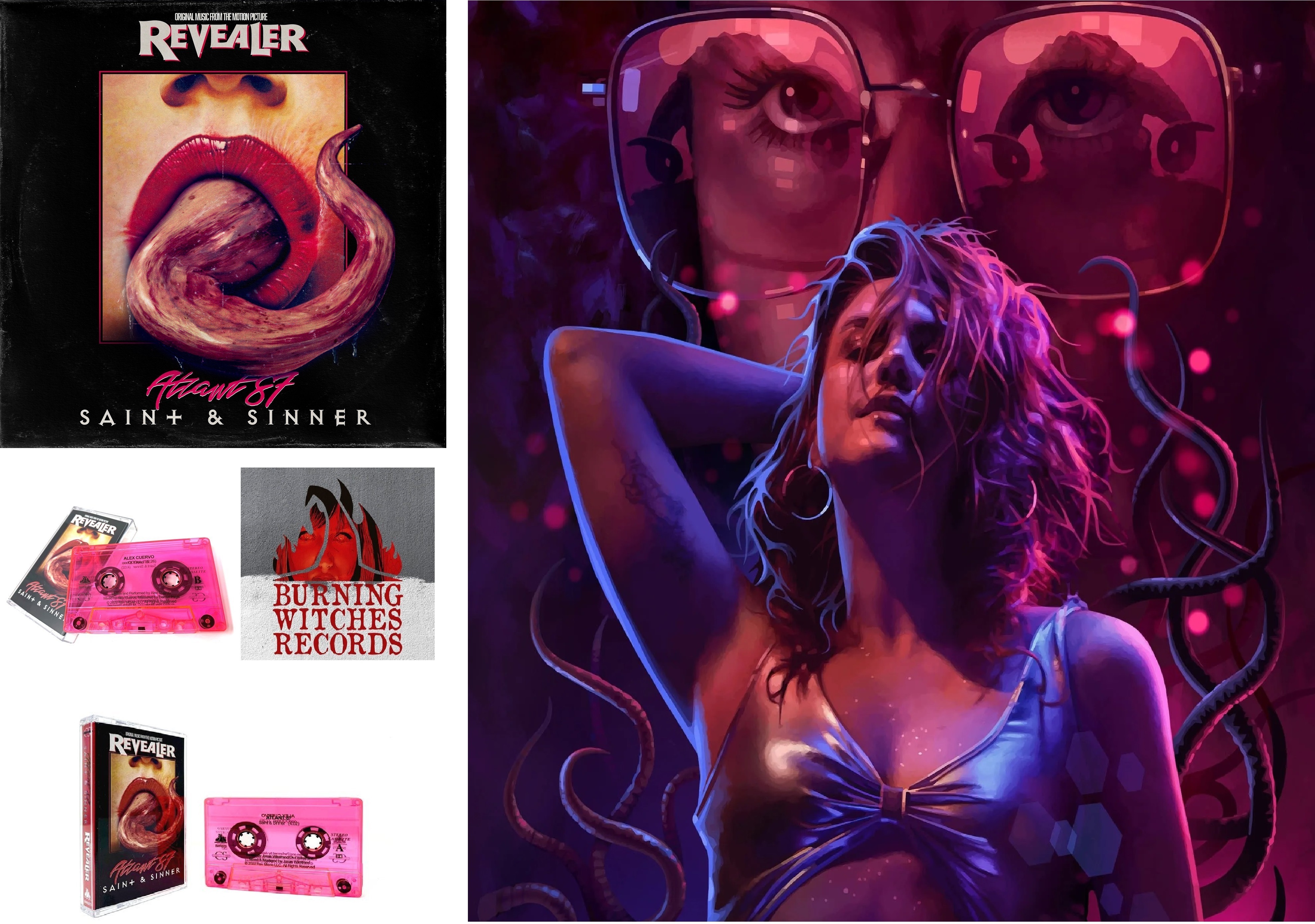 Burning Witches Records presents a soundtrack for the horror movie Revealer. The 2-track single features the original song Saint & Sinner by Atlant 87, and a track from the score composed by Alex Cuervo .

Burning Witches Records presents a soundtrack for the horror movie Revealer. The 2-track single features the original song Saint & Sinner by Atlant 87, and a track from the score composed by Alex Cuervo .

The soundtrack is available digitally on all music platforms and as a limited edition cassette on the label’s official website. (see link)

Revealer is directed by Luke Boyce with Caito Aase and Shaina Schrooten.

Tensions rise when a stripper and religious protester are trapped together in a peep show booth and must come together to survive the apocalypse in 1980's Chicago…..

Saint & Sinner is an original song from the forthcoming Shudder exclusive movie “Revealer”. Composed and performed by Atlant ‘87, it’s a sure-fire fist in the air hair metal pop anthem. On the B side is the return of label friend Alex Cuervo also known by the moniker of Espectrostatic. Alex has created a wonderful and otherworldly score to Revealer and the b-side track “oooOOOooo” is a first glimpse of what the soundtrack holds.

In Revealer, our little retro-apocalyptic horror film, since we were creating a kind of 'alternate reality' 1980's, we really wanted to avoid popular needle drops from the time and instead fill the film with modern music throwbacks that specifically evoked the time and style.
While that's easier to do with all the incredible synthwave artists out there, and we feature some amazing tracks in the film in that genre, we also wanted to include a more pop hair metal song. That's when Jonas and Olof Wikstrand of Atlant 87 came to our rescue and specifically wrote 'Saint & Sinner' for the film.
The idea of not only having a really catchy hair metal song in a film set in the 80's, but also having one written *just* for the film really provided a fun opportunity to dig into all of our nostalgic roots and release the song specifically as a single for the film.

Burning Witches Records immediately understood what we were doing and came on-board to help release it as an exclusive cassette single, truly evoking a pure 1980's cross-promotional vibe!