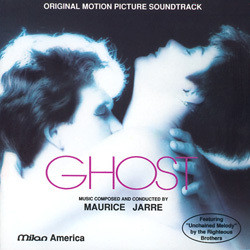 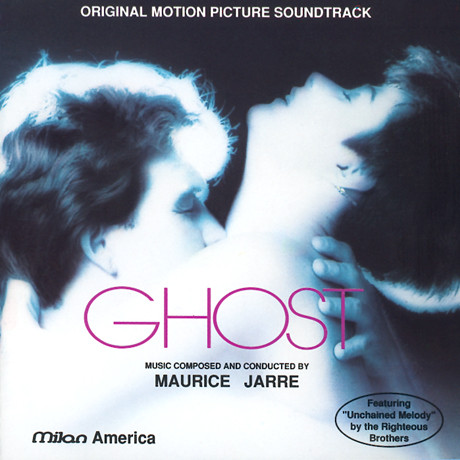 Show reviews in other languages
Ghost - 06/10 - Review of Tom Daish, submitted at 2010-09-28 21:26:32
As happens so often these days, the most successful piece of music to eminate from a film is often the hit song and what is even more annoying is when the hit song wasn't even written for the film it is associated with. Unchained Melody is one of those 'timeless classics' that everyone knows and now immediately associates with Ghost (or Robson and Jerome if you live in the UK). Admittedly it is a superb tune, penned by none other than Alex North - yes the Alex North (not Morth as the packaging of this album seems to think) - from the film Unchained. An orchestral version which is almost certainly closer to how North originally wrote it is contained and certainly competes very strongly with Jarre's theme in the delicate beauty stakes. However it is now most famous for the Righteous Brothers presentation which also appears and isn't nearly so affecting.

Despite the song's pedigree and fame, I still think that Jarre's own theme is the best thing about Ghost. It was a favourite from the first time I heard it, summing up anguish, sentiment and romance into just a few simple notes is a notably impressive achievement. Anyone putting on the score and hoping to sit through some nice variations on this and Unchained Melody are going to be a little bit surprised to find much of the first two score cues filled with electronics, dissonent suspense and action and only a hint of the theme. Of course this music accompanies the murder at the beginning of the story and so is bound to be disturbing although I would never have expected it to be quite this intense for what is essentially a kind of unusual romantic comedy. Only in Ditto do we get the release of the theme's first proper apperance in a gentle strings and woodwind arrangement, but even this is interrupted by more electronics and brass after only a few bars. The theme appears more frequently as time goes by, but is always interrupted by the electronics and some mysterious suspense or as in Molly some faintly Goldsmithian action music (which actually works rather well).

Far and away the best track on the album is the Generique Fin (which I am informed means End Credits) and is essentially a concert arrangement of the main theme. It is truly a gorgeous four minutes and worth the price of the album itself (although it is admittedly available on any Jarre compilation and with probably an equally fine performance). I wonder if it is more the surprise that the score is so different to what is expected that makes it less enjoyable; yes the synths do sounds somewhat dated on occasions, but they convey the otherworldliness and strangeness of Sam's situation very effectively. On the other hand, every time the main theme appears one tends to completely forget that ten minutes (or whatever) of synths have just transpired and be simply enamoured with the splendid melody and harmonic invention that the main theme provides. While effectively building atmosphere and suspense, the synths do tend to wear a little thin and are ultimately a little less musical than might be desired. Definitely one that can be assigned the status of hit and miss, but for those who love synth work it's a treat and those up for hauntingly romantic melodies, there are few finer.
Oscars: Best Original Score (Nominee)