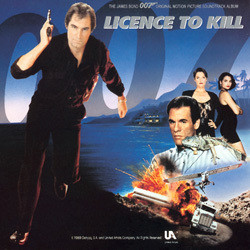 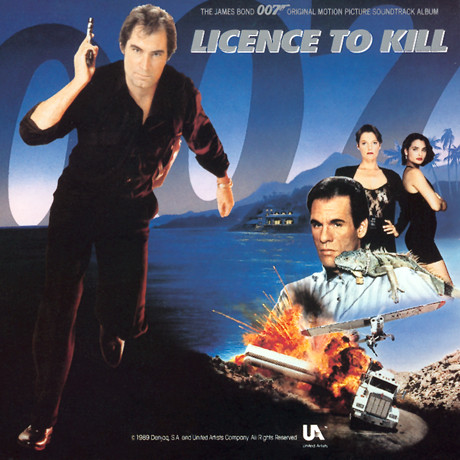 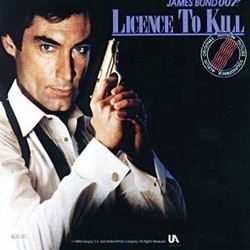 Licence to Kill - 06/10 - Review of Tom Daish, submitted at 2010-09-28 21:55:03
Licence to Kill marked the first of only two appearances by Timothy Dalton as 007 and his serious and sincere take on the role was in strong contrast to the increasingly smug and self consciously comical performances of Roger Moore. The film was also the first not to use an original Fleming title (and presumably story) and has Bond having his licence revoked after going off on a vendetta to avenge the death of a friend. I enjoyed both of Dalton's Bond efforts, although it was left to Pierce Brosnan to fully rejuvenate Bond several years later. The opening song has nothing to do with Kamen at all, which is surprising given his recent track record with hit film spin off songs. However, I've always liked the ballad-like take on Goldfinger (the opening brass figure very similar to Barry's) and whatever your opinion on the song itself, Gladys Knight's belting performance brings back fond memories of Shirley Bassey, albeit without being quite so raucous.

Looking back through the pantheon of Bond scores, choosing Michael Kamen was probably the first time the producers made picked a halfway suitable choice to replace John Barry. Competent composers though Bill Conti, Marvin Hamlisch and so on are, their scoring choices for the Bond films they tackled weren't particularly appropriate or all that musically satisfying. A year after Die Hard, Kamen's name as top list composer was becoming cemented and his reputation for scoring action films increasing. Although his action efforts are always more than competent, I've never really considered Michael Kamen's greatest strength as an action composer and unfortunately this doesn't do a great deal to change my mind.

Kamen's score is an unsurprising mixture of action, suspense and the few obligatory local references. A little Spanish guitar works its way into some of the lighter tracks, as well as providing a welcome relief from the occasionally over ripe orchestral writing during some of the action sequences. The Bond theme makes a few obligatory appearances and is really the only obvious recurring motif in the entire score. I've often strenuously defended the subtlety of Kamen's use of themes, but in this case, I must confess that there really isn't much to bind the music together. Some tracks such as the fairly lengthy Ninja seem to merely crash from one orchestral outburst to another. The final track, Licence Revoked (the original title of the film, changed as it was felt certain audience members wouldn't know what revoked meant... an embarrassing reflection on the general level of education maybe, but it's a pretty lame title for a Bond film anyway) is probably the best cue and really shows the potential that Kamen had for restoring some of the inherent quality of Barry's work, but with a more contemporary feel.

Had Kamen been given another chance, I suspect he might have fitted into the role of regular Bond composer reasonably well. Licence to Kill has its moments, but frankly not nearly enough. Kamen threatens to take off and run with it, but never quite manages to and whenever it's getting going, seems to hit another dead end. As I recall there were many equally (if not better) tracks in the film that didn't make the album which gives us just under half an hour of Kamen's score. The die hard (as it were) Barry fans are unlikely to be impressed; despite being a decent enough action score itself, the suave feel that Barry brought to the Bond scores is mainly absent. For my money it falls far short of pretty much all of Barry's efforts, as well as those of David Arnold who actually seems capable of a contemporary Barry/Bond sound; decent enough, but probably for Bond or Kamen completists only.