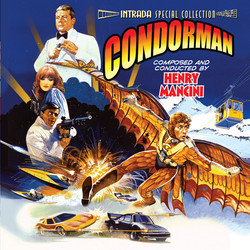 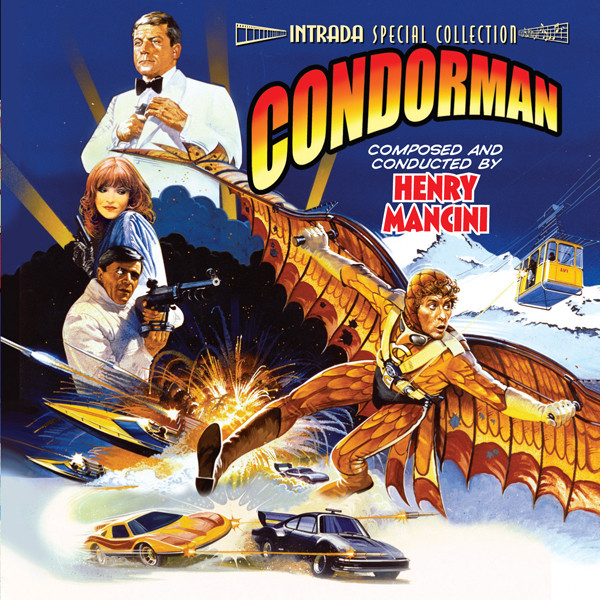 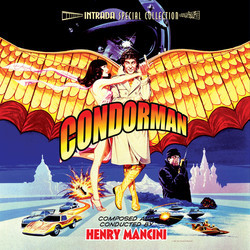 Wow! Exciting Henry Mancini score finally gets released! 1981 action-filled Disney comicbook superhero tale directed by Charles Jarrott, starring Michael Crawford, Oliver Reed, Barbara Carrera inspires Henry Mancini to write one of his most exciting, energetic scores of his career. Mancini anchors with robust 'Condorman' theme (including fun chorus), then tackles profuse action scenes with dynamic, propulsive action material for full orchestra. Powerful trombone lines, aggressive rhythms, fanfares for trumpets all get spotlight! Music for killer Morovich is especially aggressive. In contrast, Mancini creates one of his gentlest, most heartfelt pretty themes for Natalia, given particular prominence in beautifully-scored 'Free Single Woman'. Interestingly, due to licensing, not a note of this splendid score has ever been released before, not even as a single theme on one of the numerous Mancini compilations of the era. Now, through courtesy of Disney, Intrada presents entire score (plus several extras) in crisp, punchy stereo, direct from multi-track scoring session masters stored in mint condition in Disney vaults. Colorful artwork, too! Henry Mancini conducts. Intrada Special Collection release available while quantities and interest remains!