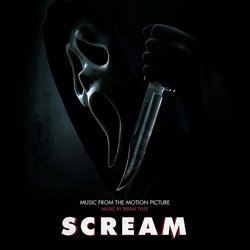 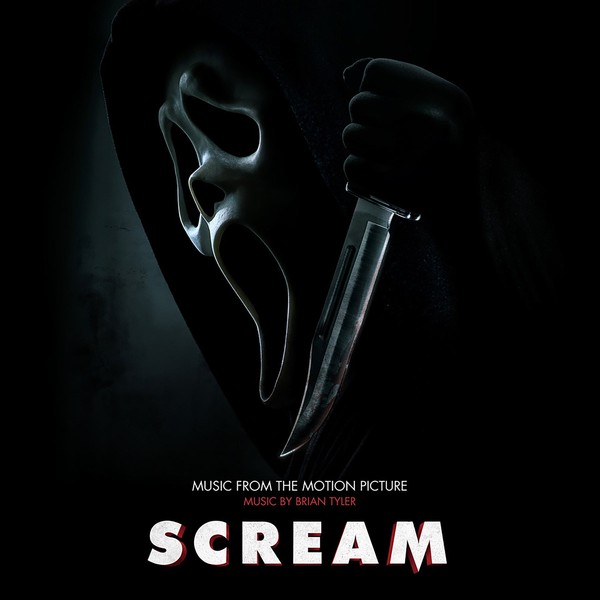 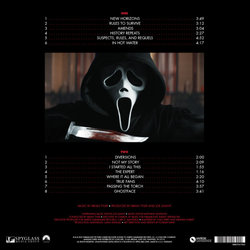 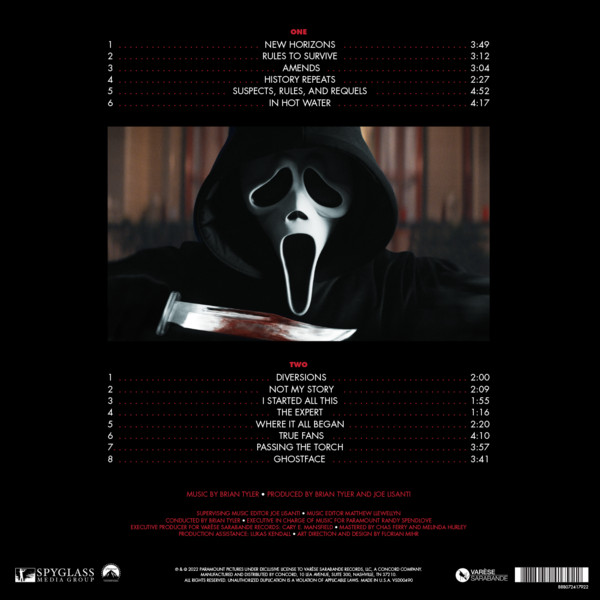 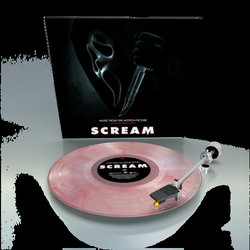 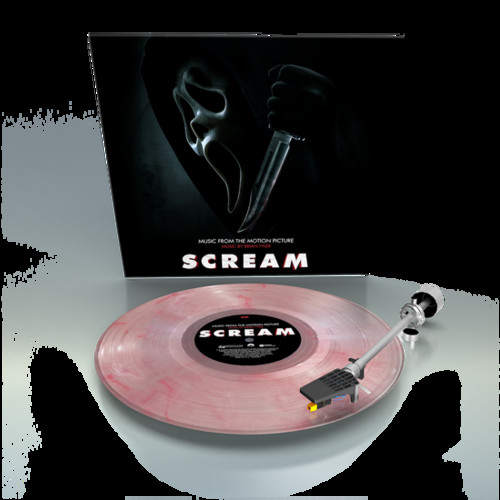 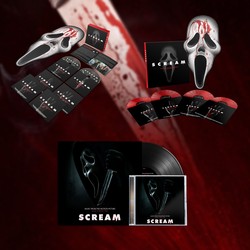 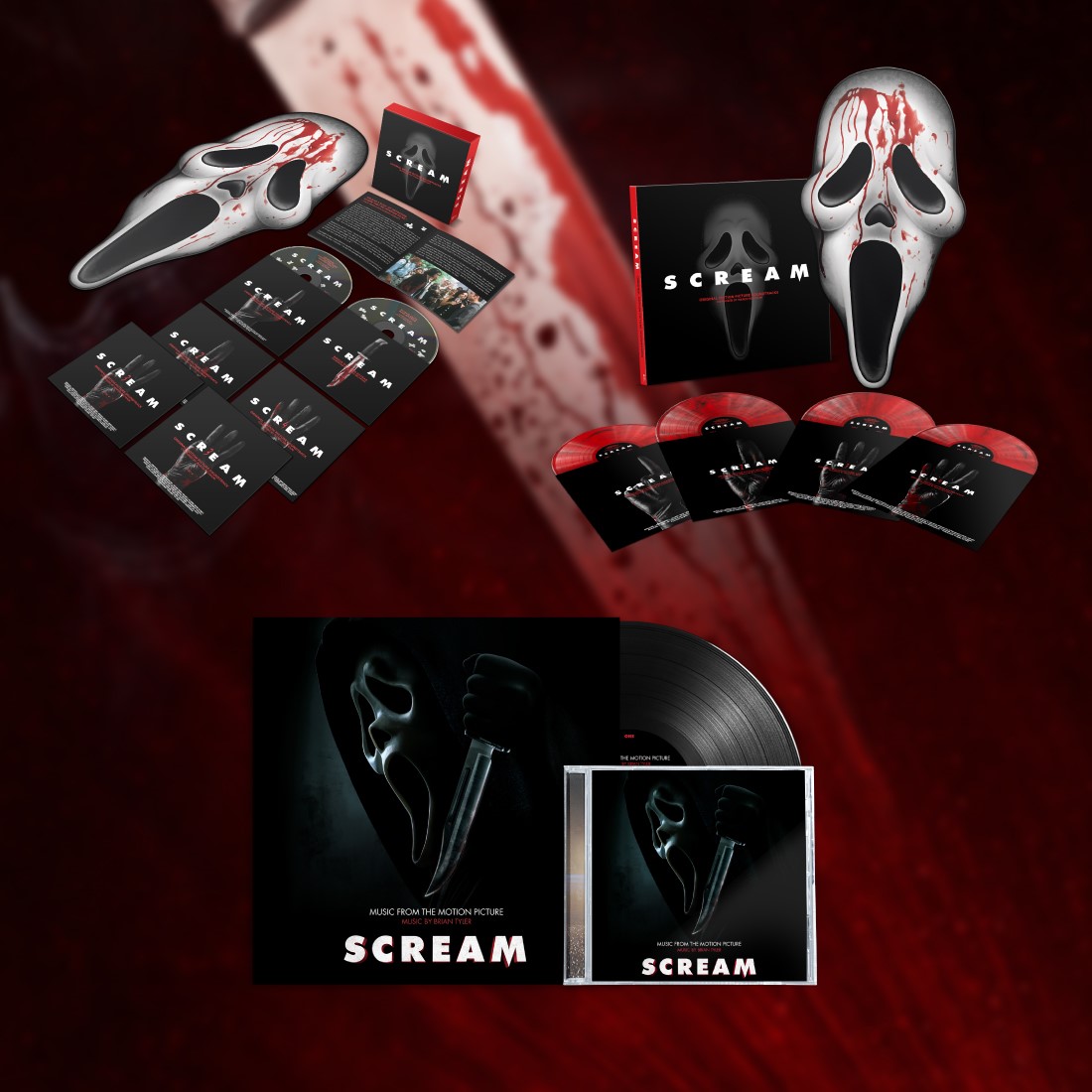 Hello, Sidney.
We’re thrilled to celebrate the return of SCREAM with two very special releases. Marco Beltrami’s scores from the first four films get the box set treatment via a 4-LP set, 6-CD set (exclusive to VareseSarabande.com), and digital releases. Featuring a trove of previously unreleased material, both physical sets come in packaging that folds out into a Ghostface mask. The digital album is now available to stream wherever you get your music!

Meanwhile, Brian Tyler’s score for the brand new SCREAM is getting an LP, CD and digital release as well… The expanded 24-track CD and digital version of Scream: Music from the Motion Picture are out now, with the CD available exclusively on our websites. A 14-track vinyl LP in a reflective mirror board jacket is currently available for pre-order at all physical retailers and our website.

The 6-CD and digital editions (both available now) offer each film’s score in its entirety, plus more than four hours of unreleased music, previously unreleased demos, cues, and alternate takes. The CD box set is available exclusively on VareseSarabande.com and Intl.VareseSarabande.com and limited to 1,800 units. Both the CD and vinyl versions feature new, in-depth liner notes from film music journalist and author, Jim Lochner.

The 4-LP set—pressed on blood-red vinyl with black smoke swirls—dedicates a full album to each film and includes two hours of unreleased material. In all retail stores June 10, and available for pre-order today, the collection is housed in a unique jacket, which folds out into a 3’ x 2’ Ghostface mask.

Ahead of the latest installment of Scream, which lands in theaters on January 14th, we're thrilled to release the film’s brand-new score from the Emmy®-nominated composer, Brian Tyler. This 14-track vinyl LP comes in a reflective mirror board jacket and full color inner sleeve, and is currently available for pre-order at all physical retailers and our websites.

The expanded 24-track CD and digital version of Scream: Music from the Motion Picture are out now on all digital platforms, with the CD available exclusively at VareseSarabande.com and Intl.VareseSarabande.com, limited to 1,800 units. 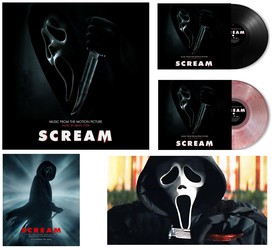 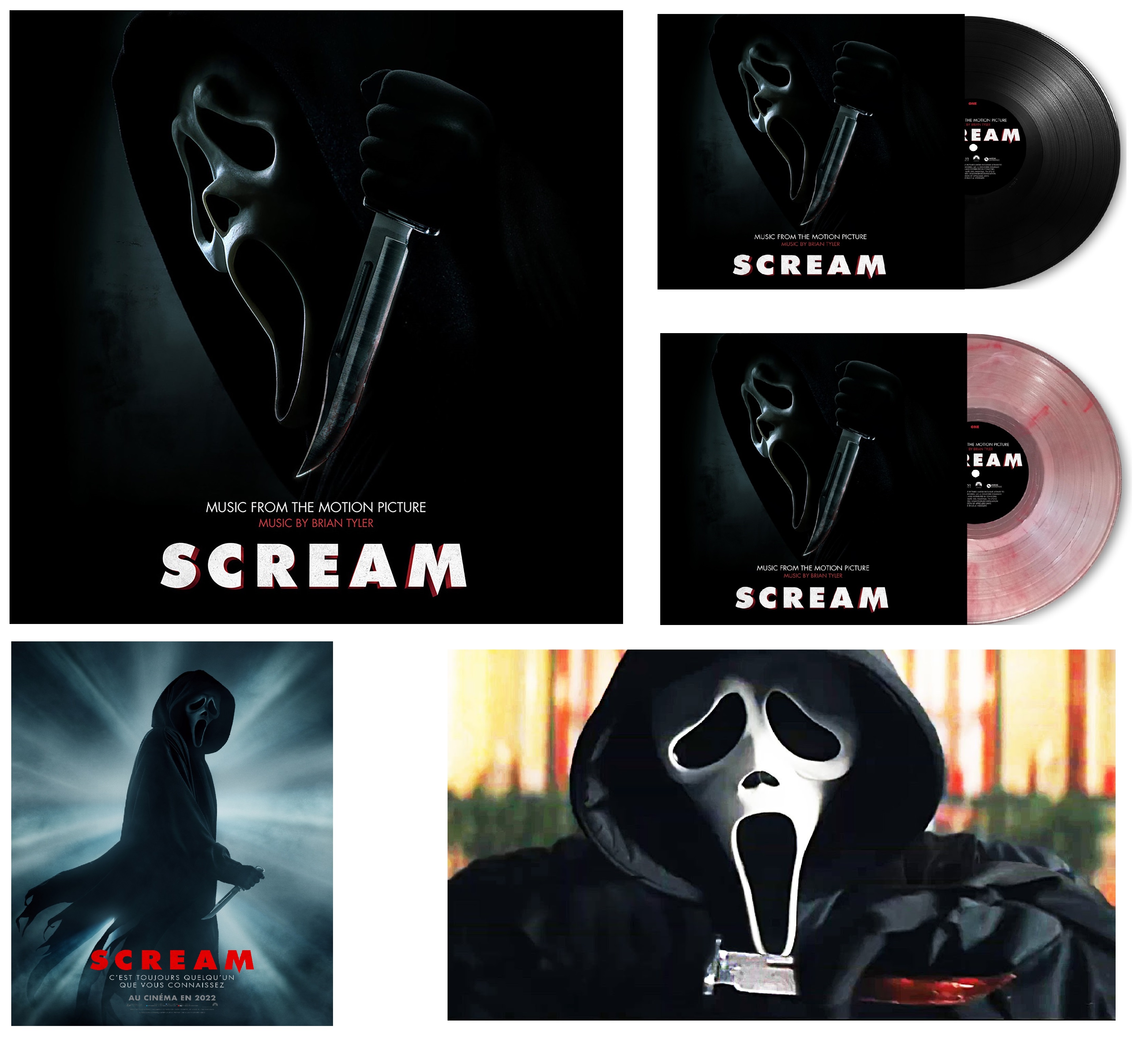 Ahead of the latest installment of Scream, which lands in theaters on January 14, Varčse Sarabande is pleased to partner with Paramount Pictures to release the film’s brand-new score from prolific multiple BAFTA and Emmy®-nominated composer, Brian Tyler. The 24-track CD and digital version of Scream: Music from the Motion Picture drop today on all digital platforms, with the CD available exclusively at VareseSarabande.com and Intl.VareseSarabande.com. A 14-track vinyl LP in a reflective mirror board jacket is currently available for pre-order at all physical retailers, while a special pressing of the album—limited to 300 units, on clear vinyl with red smoke—can be found exclusively on VareseSarabande.com and Intl.VareseSarabande.com. Both vinyl variants of Scream: Music from the Motion Picture feature tracks hand selected by Brian Tyler and are set for release on June 10, 2022.

In 1996, Scream ushered in a new era of slasher flicks—mixing self-awareness and satire with chills, gore, and plenty of plot twists. Now, 26 years later, one of the most successful horror franchises ever returns for a new generation of fans transporting viewers back to the fictional town of Woodsboro, CA, where a new group of teenagers are targeted by a masked serial killer, known as “Ghostface.” Scream is written by James Vanderbilt (The Amazing Spider-Man, Zodiac, Transformers: Rise of the Beasts) and Guy Busick (Ready or Not, Castle Rock), directed by Matt Bettinelli-Olpin and Tyler Gillett (Ready or Not, Southbound), produced by William Sherak, James Vanderbilt, Paul Neinstein, and executive produced by Kevin Williamson, Chad Villella, Gary Barber, Peter Oillataguerre, Ron Lynch, Cathy Konrad, Marianne Maddalena.

From Paramount Pictures and Spyglass Media Group, Scream stars Melissa Barrera, Mason Gooding, Mikey Madison, Dylan Minnette, Jenna Ortega, Jack Quaid, Marley Shelton, Jamin Savoy Brown, and Sonia Ammar, while Neve Campbell, Courteney Cox, and David Arquette will reprise their roles from the first four films. Keeping audiences on their toes is a dynamic score by Brian Tyler, who previously collaborated with Bettinelli-Olpin and Gillett on Ready or Not. Tyler, who ranks as one of the top ten highest-grossing film composers of all time, has scored an impressive array of projects during his 25-year career, including six films in the Fast & Furious franchise, Crazy Rich Asians, Yellowstone, and Avengers: Age of Ultron.

“Scream is an incredible franchise with a storied history,” says Tyler. “I wanted to both acknowledge the history of the amazing score that came before this installment, while also taking the musical landscape into a new world. There are new themes as well as old-school themes intertwined in a way that I hope does the franchise justice.”

He continues, “There was an emotional component to this new Scream that is an integral dynamic contrast to the terror that accompanies the journey of this film. I wanted to reflect this in the score and help make this movie a fully realized experience for the viewer.”