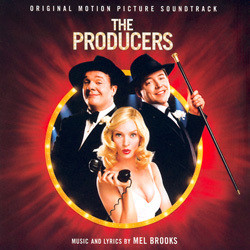 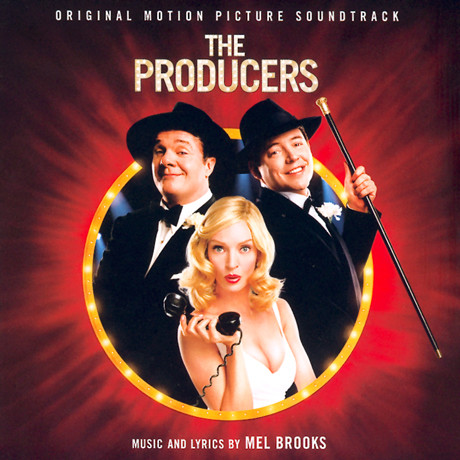 Show reviews in other languages
The Producers - 08/10 - Review of Tom Daish, submitted at 2010-09-10 23:53:03
The smell of grease paint has never really appealed to me and, outside of the fine raft of 1990's animated musicals, the genre generally leaves me cold. Big screen my experiences have been variable; Moulin Rouge was dazzling, but made me nauseous, Chicago passed me by and The Phantom of the Opera is 49 hours of my life I'll never get back (well, it felt like 49 hours). However, with Mel Brooks' pedigree and an hysterical trailer, The Producers did pique my curiosity and if the finished product's comedy level doesn't live up to its billing, it's certainly not from lack of trying. Despite its subject matter, The Producers is a very traditional movie musical, recalling the kind of stagey MGM spectaculars of over fifty years ago. Fresh from appearing in the Broadway version, Nathan Lane and Matthew Broderick are Bialystock and Bloom, the faded producer and seduced accountant determined to get rich by producing massive flop, Springtime for Hitler.
The original movie starring Gene Wilder and, musically, only featured Springtime for Hitler, but Brooks always wanted to turn it into a fully fledged musical, which he did to arm loads of Tonys, thus a remake in its new guise was inevitable. Naturally, the first few songs set the scene and introduce the characters, particular highlights being I Wanna be a Producer and Keep it Gay, the latter in an attempt to woo a director who will camp up Hitler. Despite his evidently limited technical facility as a musician, Brooks is a surprisingly fine tunesmith, aided with fine arrangements by Glen Kelly, Doug Besterman and Larry Blank. Of course, his lyric skills are even finer. True, few of the songs are laugh out loud funny on their own (several, notably Along Came Bialy, have more impact when seen with the picture) and are often played surprisingly straight, but all are wittily crafted.

The show's centrepiece is, of course, Springtime for Hitler and features probably the single best tune, belted out in fine style by John Barrowman, and some of the most hilarious lyrics, 'look out Europe, we're going on tour.' Not an ideal song to sing to oneself in public. After reaching such a comic high point, the fallout from Springtime for Hitler's success feels a bit protracted, although Betrayed is a terrific tour de force by Nathan Lane as he brilliantly recounts the entire plot from his prison cell after being sent down for cooking the books. The final three tracks are bonuses of sorts. The Hop-Clop Goes On is a surreal German spoof of My Heart Will Go On (a future Eurovision winning entry, if ever I heard one) while The King of Broadway was cut from the film, presumably for pacing reasons as the song itself is a terrific way to end.

Naturally, Lane and Broderick perform their Broadway roles effortlessly, although the newcomers are equally fine. I'd never have imagined Uma Thurman as a natural comic actress, but her turn as Ulla is a match for her stars and, in When You Got It, Flaunt It, proves to have a surprisingly good singing voice. Will Ferrell turns in an hilarious performance as the Neo Nazi playwright Franz Liebkind and performs his ridiculous parody numbers with just the right amount of straight faced silliness. Those after underscore will be sorely disappointed as there is none, indeed little appears in the film outside of song intros. However, a smart, funny and irreverent musical with enough good tunes to be easily recommendable.
The Producers - 06/10 - Review of Andreas Lindahl, submitted at 2008-01-20 21:25:40
The original film version of Mel Brook's The Producers premiered in 1968, starring Zero Mostel and Gene Wilder as Broadway producers, and partners in crime, Max Bialystock and Leo Bloom. Mel Brooks directorial debut, the movie quickly became a classic. However, Brooks had always wanted to make a musical version of the story, and 33 years later, in 2001, The Producers opened on Broadway, with Nathan Lane and Matthew Broderick as Bialystock and Bloom. Nominated for 13 Tony Awards the same year and winning 12 (Matthew Broderick had to go home without an award), a film version of the musical version of the 1968 film was inevitable, of course. And here it is.

And it's hilarious. It's also a rather straight-forward transfer of the musical from stage to screen. It's the same director, Susan Stroman, basically the same set design and the same ensemble, with a few exceptions (Uma Thurman as Swedish bomb-shell Ulla, and a very funny Will Ferrell as Nazi playwriter Franz Liebkind). The film version is certainly very, very funny, but a little more effort could have been invested in the transfer. At times, one get the feeling Stroman just placed a camera at the back of the theatre, shooting a performance of the stage show.

The soundtrack is a mixed bag of songs. Highlights include Will Ferrell's performance as Liebkind. His "Der Guten Tag Hop-Clop" and "Haben Sie Gehört das Deutsche Band?" are excellent and very entertaining. But even better is his hilarious end credits song "The Hop-Clop Goes On" - a sappy, pop version of "Der Guten Tag Hop-Clop", in the style of overblown and overproduced film songs such as "My Heart Will Go On", complete with ethnic flutes and sensual whispering. Broderick's big number, "I Wanna be a Producer", is memorable mostly thanks to its excellent opening - the rest isn't that interesting. "Springtime for Hitler" is also quite entertaining - great melody! - as is Uma Thurman's "When You Got it, Flaunt it".

The many ensemble numbers, like "Keep it Gay", "You Never Say Good Luck on Opening Night" and "Prisoners of Love" are easier to forget, even if parts of them are kind of nice. Mostly, the good parts of this soundtrack, and the show, works because of their large dose of humor or downright silliness, and it certainly helps to be familiar with the show or the film when listening to the soundtrack.