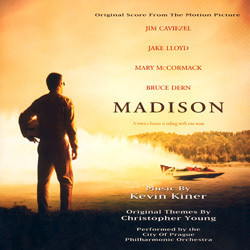 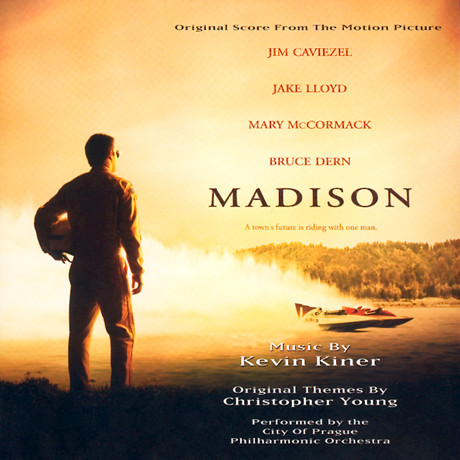 Hide reviews in other languages
Madison - 07/10 - Review of Tom Daish, submitted at 2010-09-28 22:19:20 (English)
Yet another in the 'based on a true story' line of films, Madison is about the titular town and its struggle to host the 1971 hydroplane Gold Cup. For those otherwise ignorant on such matters, hydroplanes are speedboats that only make the most minimal contact with the water and thus are able to achieve much greater speeds than ordinary boats. Not something that's ever come to Guernsey (the water around the island is too rough), this is the kind of boat racing where flat calm lakes are essential. Of course, exciting boat racing and a quasi-true underdog story seem perfect fodder for a movie, but the film lay unreleased from 2001, only appearing in 2005 where it sunk quietly, despite fair to middling reviews.

The music has similarly sat undiscovered and, in what seems to be a bit of a habit, is by Kevin Kiner, but based on themes by Christopher Young. Kiner's music for the Wing Commander movie was based on David Arnold's themes. While Young is a fine composer, he's not particularly known for his iconic themes, but those for Madison are certainly very appealing. This is especially apparent when they are presented in the extensive opening track, functioning as a delightful overture. True, there are hints of Goldsmith's Rudy, but more in the orchestration than melody. Although one of the main selling points, the racing sequences are actually fairly infrequent and the album only truly kicks into gear in the latter stages. The build up is of the more homely style of scoring, the kind of music that should only accompany images taken in soft evening sunlight.