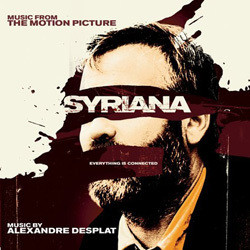 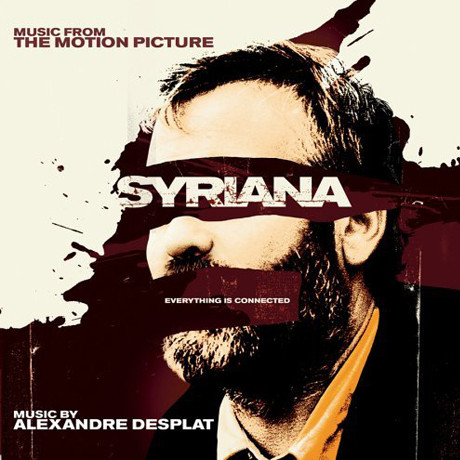 Show reviews in other languages
Syriana - 06/10 - Review of Tom Daish, submitted at 2010-09-08 22:40:10
Syriana is a political thriller from the writer of the (rightly) acclaimed Traffic, starring George Clooney and Matt Damon, confirming their status as serious actors rather than just matinee idols. Much in the manner of Thomas Newman, having Alexandre Desplat's name attached to a film seems some fairly good indication of its quality and Syriana further expands his range, albeit slightly shying away from the qualities that have made all his other scores so memorable. Indeed, a very tangential comparison to Newman in the style for Syriana could be made - one could never confuse the composers' work, but varied and interesting textures, light string writing and inventive percussion are all at play here, together with effective and discrete use of electronics, notably the deep pedal note that was such an integral part of Desplat's score to Birth.
Unlike his previous works which have been strong on melodies, Syriana is rather more low key in this regard. What is ostensibly the main theme begins the album and is reprised in the melancholy, lilting Piano Solo version in the seventh track. In this guise it almost feels like something Gabriel Yared might have written, which is certainly no bad thing. Being a thriller, there are plenty of suspenseful passages; the pedal note features prominently, as does another Desplat trademark, the use of timpani as a primary melodic instrument (notably I'll Walk Around). However, it's the more fully orchestrated passages that most will remember afterwards, notably the prototypical string writing of Driving in Geneva. The aforementioned digital percussion is added into the mix for The Commute and Beirut Taxi, with just the appropriate amount of menace, as well as the kind of grungy, urban modernity this kind of film requires.

For all the fine and memorable passages, the nature of the film means that there are some quiet passages. Tracks such as Access Denied and Electricity are well wrought and certainly very effective in context, but are less engaging on disc. At only three quarters of an hour, it would be a bit mean to suggest these could have been omitted, but it is tempting to skip forward. As with Thomas Newman scores that eschew a generally orchestral approach, the style of the film rather dictates Desplat's writing and the enjoyment factor is hardly a reflection on his compositional ability. Thomas Newman and, to some extent, Elliot Goldenthal fans, will find plenty to enjoy here, as will the rising (I hope) number of Desplat's own fans, so long as expectations are tempered with regard to the type of film.
Golden Globes: Best Original Score (Nominee)