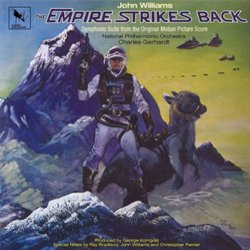 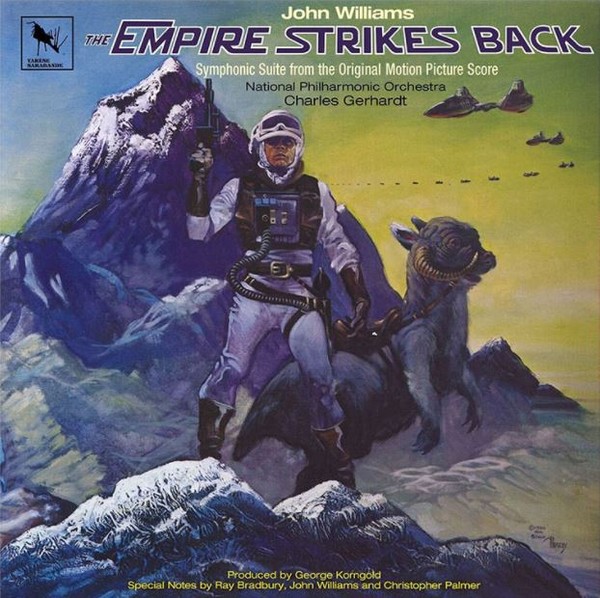 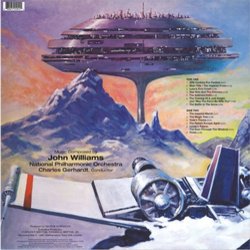 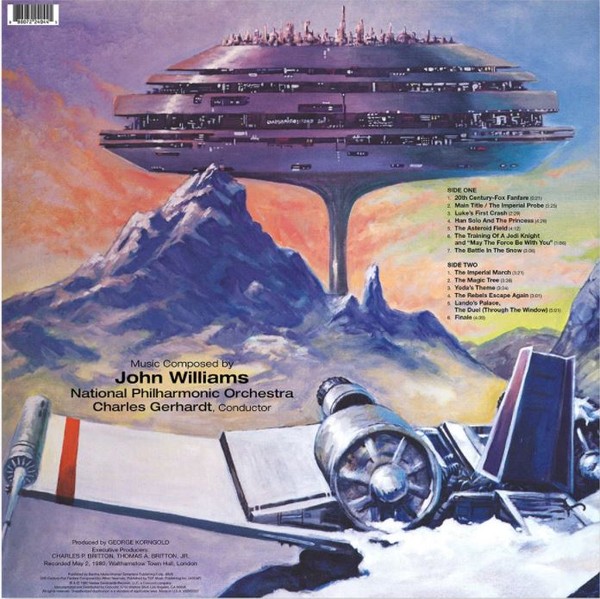 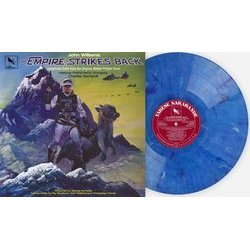 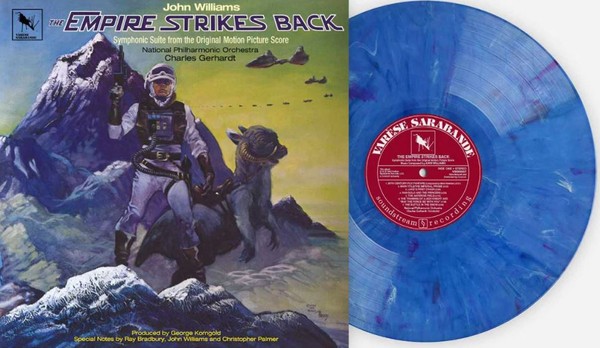 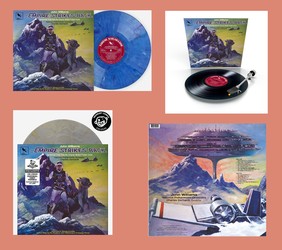 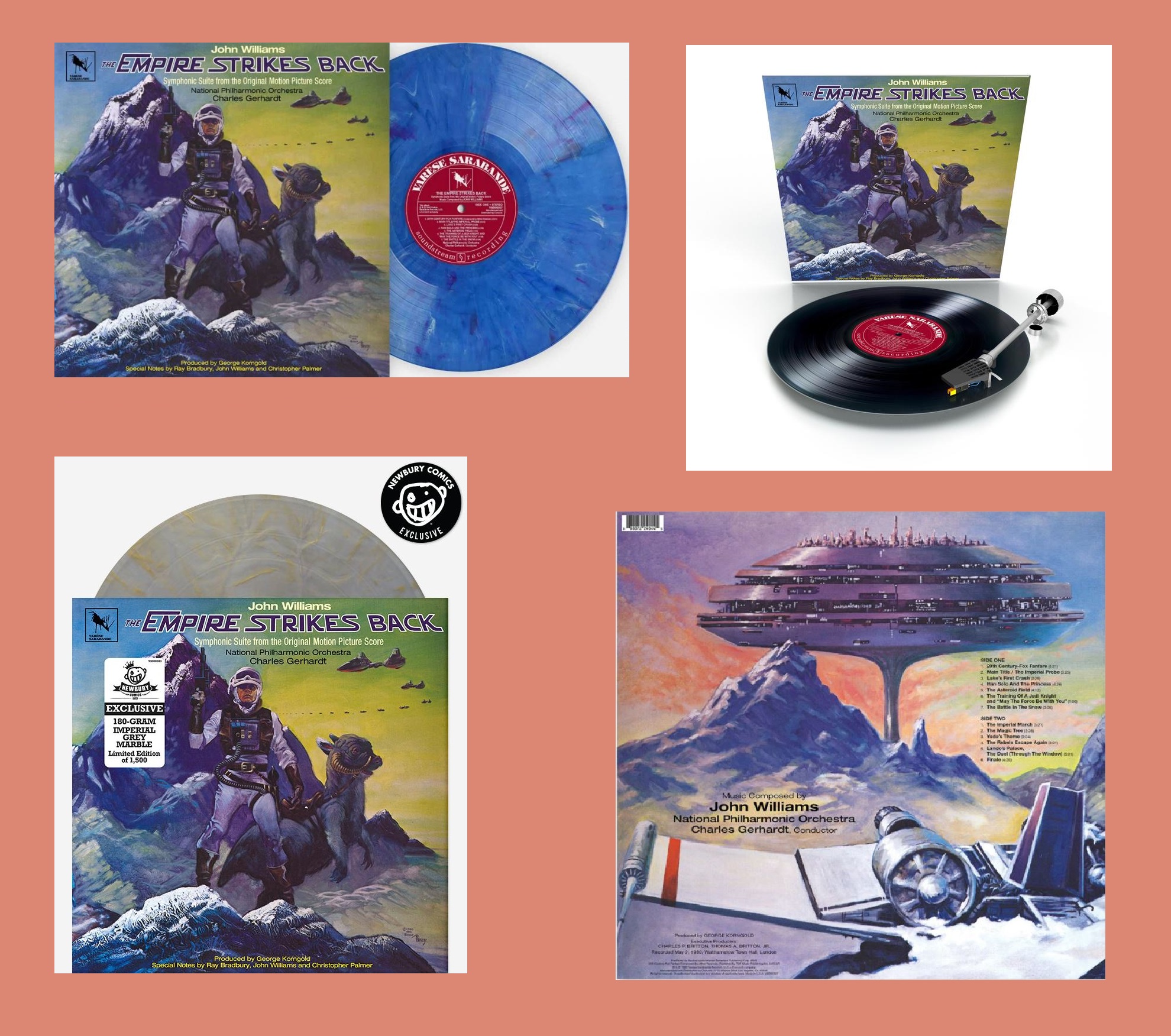 Out of print since 1980, the record is pressed on 180-gram black vinyl and housed in a gatefold jacket featuring the original Star Wars paintings and notes. Available now from VarèseSarabande.com along with two limited exclusive versions: Imperial Grey Marble (Newbury Comics), a Canadian exclusive on Cloud City Orange available only at Sunrise retail shops and VMP blue marbled.

Originally released to supplement and not compete with the 2-LP Motion Picture Soundtrack, this 1-LP release skillfully combines a Symphonic Suite that John Williams created for concert performance with new arrangements of other cues from the film score.
The Empire Strikes Back has become not only one of Williams most iconic scores, but one of the most iconic film scores of all time. The LP comes in a gatefold jacket with the original iconic Star Wars paintings by William Stout, images of John Williams, and notes from author Ray Bradbury, composer and critic Christopher Palmer, and from the maestro himself.

The Suite, which I had specially written and adapted for concert performance [] had been skillfully augmented with other music from the film to form a unified whole. A great orchestra and Gerhardts opulent sound and dramatic phrasing combine to make a fine addition to a rapidly growing list of great recordings of film music.  John Williams

About John Williams:
In a career that spans five decades, John Williams has become one of Americas most accomplished and successful composers for film and for the concert stage. Mr. Williams has composed the music and served as music director for more than one hundred films.
He has also served as music director and laureate conductor of one of the countrys treasured musical institutions, the Boston Pops Orchestra, and he maintains thriving artistic relationships with many of the worlds great orchestras, including the Boston Symphony Orchestra, the New York Philharmonic, the Chicago Symphony and the Los Angeles Philharmonic.
Mr. Williams has received a variety of prestigious awards, including the National Medal of Arts, the Kennedy Center Honor, the Olympic Order, and numerous Academy Awards, Grammy Awards, Emmy Awards and Golden Globe Awards. He remains one of our nations most distinguished and contributive musical voices.

More info at: The Empire Strikes Back: Symphonic Suite On Facebook