Dreamer: Inspired by a True Story 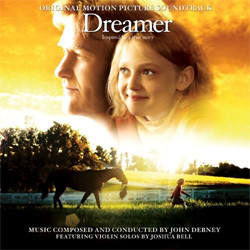 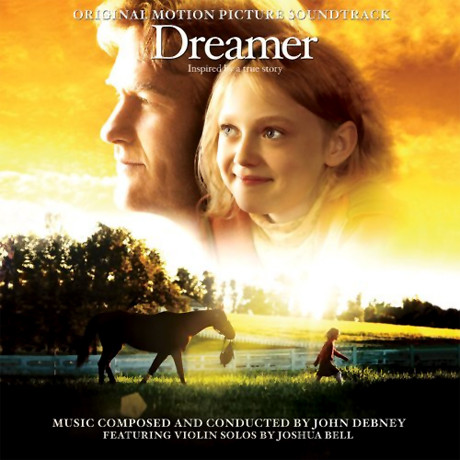 Show reviews in other languages
Dreamer: Inspired by a True Story - 05/10 - Review of Tom Daish, submitted at 2010-09-11 08:48:30
One day, I hope to see a film with the tagline 'based on an entirely original premise' - that would make be go and watch it. Unfortunately, Dreamer is 'Inspired by a True Story' and thus the screen writers just have to change enough of the facts to turn it into a nice film about an underdog horse that will make little girls everywhere giggle in delight (well, those that live in the Home Counties anyway) and leave everyone else mildly bored - at least that's the implication of most of the reviews, not being a little girl (contrary to popular belief) I will give it a wide berth. Seabiscuit this is not. There are a good number of fine horse based soundtracks (there's something you don't read every day); Randy Newman's effort for the aforementioned, but also his cousins' The Horse Whisperer, Delerue's The Black Stallion Returns, Elfman's Black Beauty and many more. On the evidence here, John Debney appears to have listened to most of them.
I do feel rather bad for dumping on John Debney as he is certainly a fine craftsman and his music are usually enjoyable enough. However, where James Horner and Hans Zimmer's scores often sound like an extension of a previous effort, Debney's music almost always seems to sound like something else. A producer's wet dream, but not much fun for the film music listener. I often wonder what he'd write given an entirely blank canvas, but in the world of the film composer, about as unlikely as John Williams not being nominated for an Oscar. The unintentionally ironically titled Theme from Dreamer opens the album, but I'm sure when Alan Silvestri was thinking of Tom Hanks on a desert island, he preferred to call it Theme from Castaway. Sure, it's just different enough, but hardly a stunningly original creation. The twinkling piano melody seems surprisingly suitable here, as does violinist Joshua Bell's fleeting appearances as soloist du jour. Presumably Sony felt he would be a good prop for all those people who never bother with soundtracks and so gave him enough to justify his name on the packaging. I imagine that any of Bell's fans from the classical arena are unlikely to be hugely impressed by Debney's music, whether they notice the temp track seepage or not.

There is certainly nothing inherently wrong with Dreamer, aural pleasure wise, and it moves through all the expected areas of sprightly acoustic guitar licks, some rollocking orchestral writing for various races (notably the First and Last - although there some distinctly Natural influences) and plenty of string led sensitive passages. The latter are rather overabundant and on an album of over an hour, half of them could have been cut at no great loss. Bethany Dillon's titular song (apparently chosen from several songs submitted for consideration by the producers) is nice enough, but compared to Mark Isham's terrific Taking the Inside Rail from Stripes, no great shakes. Indeed, Isham's effort is perhaps the best comparison and Stripes wins hands down. Dreamer is certainly enjoyable, but the melodic material (howsoever inspired) is not terribly memorable and, as noted, the album is rather too long. Dare I say it, but the aforementioned scores all have a much finer pedigree than Debney's also-ran.