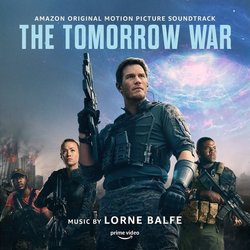 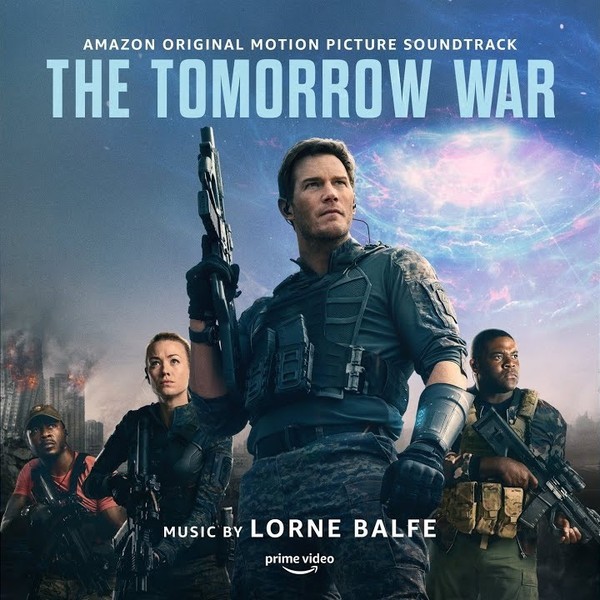 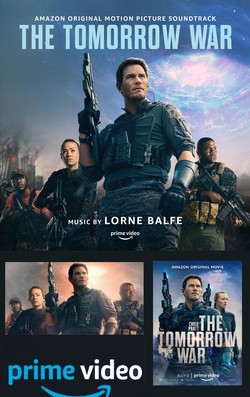 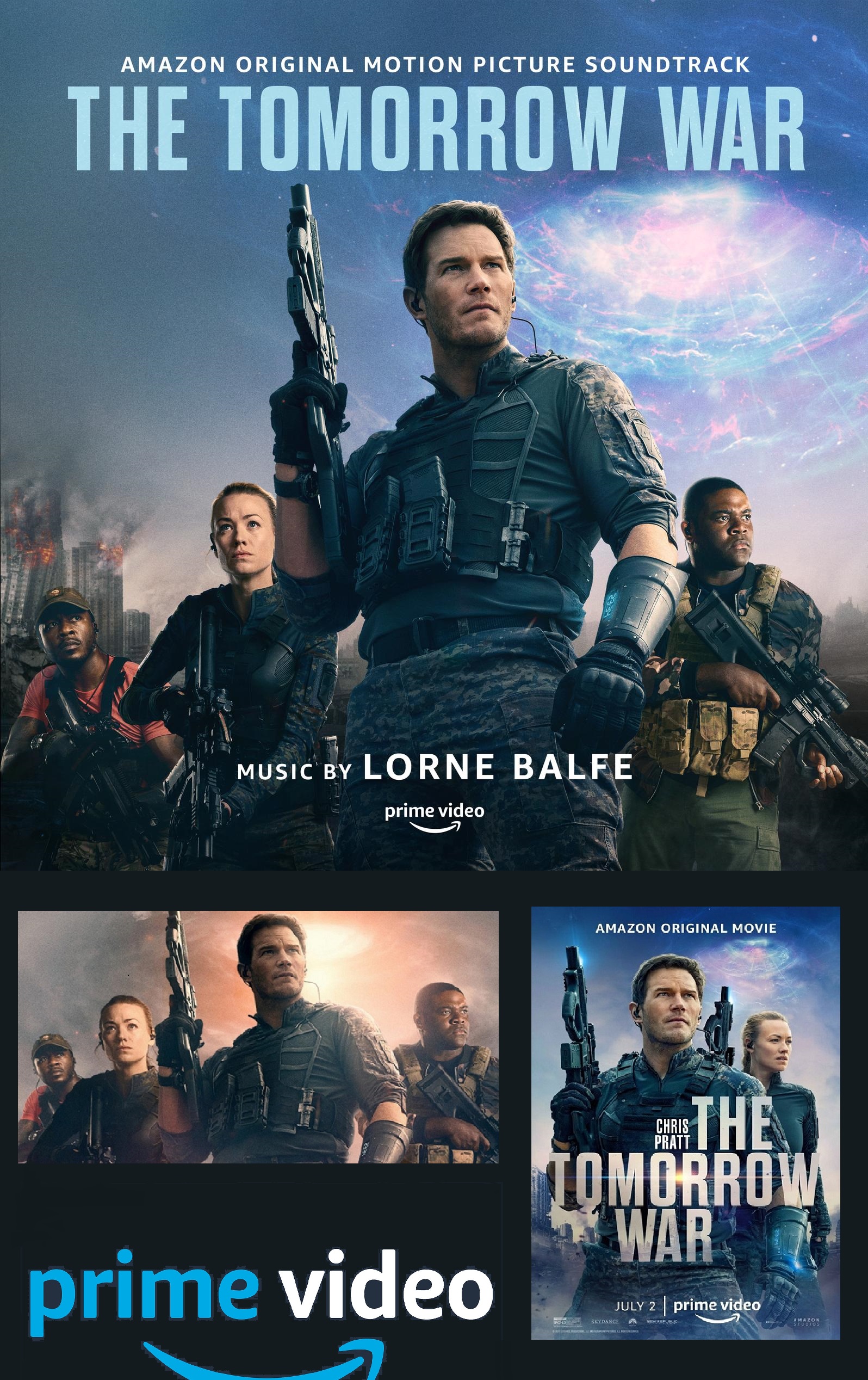 Of the soundtrack, composer Lorne Balfe says, On the surface this is an action movie, but what stood out for me when writing the score was the family dynamics between the main characters. Being able to write themes and music around these relationships and people, both as their future and present-day selves was a unique experience.
It was a delight to be able to work with Chris [McKay] again having previously worked with him on the Lego Batman movies, his creativity and versatility as a director is exceptional.

In The Tomorrow War, the world is stunned when a group of time travelers arrive from the year 2051 to deliver an urgent message: Thirty years in the future mankind is losing a global war against a deadly alien species. The only hope for survival is for soldiers and civilians from the present to be transported to the future and join the fight. Among those recruited is high school teacher and family man Dan Forester (Chris Pratt). Determined to save the world for his young daughter, Dan teams up with a brilliant scientist (Yvonne Strahovski) and his estranged father (J.K. Simmons) in a desperate quest to rewrite the fate of the planet.

About Lorne Balfe:
GRAMMY®-winning, and EMMY® & BAFTA-nominated composer Lorne Balfe has created music in virtually all genres and for all visual media with projects ranging from major studio to independent ﬁlms, tent pole video game franchises, beloved animated feature ﬁlms, critically acclaimed television series, and documentary features.
Originally from Inverness, Scotland, Lornes love of music and writing music was evident from an early age. His childhood home had a residential recording studio where the likes of Ozzy Osbourne and Inner Circle would record  the latter of which he serendipitously worked with for his score to Bad Boys for Life.

As early as eight years-old, Lorne began writing and selling his composed jingles for advertisements, and at the age of thirteen he auditioned to be a percussionist with the Edinburgh Symphony Orchestra, becoming their youngest member, and traveled around Scotland with them professionally.
It became clear to Lorne that he wanted to become a ﬁlm composer and in his late teens he started writing letters to other composers in the hope of an opportunity. It was then he decided to move to the U.S., and soon his exceptional career took off.
Consistently receiving accolades for his musical compositions, he received critical acclaim for his score in the most successful ﬁlm of the Mission Impossible franchise, Writer/Director Christopher McQuarries Mission Impossible: Fallout (Paramount Pictures) and has been announced as the composer of Mission: Impossible 7 & 8. In 2017, Balfe was awarded an Emmy®-nomination for Outstanding Main Title theme for Genius (National Geographic), the Ron Howard-produced scripted TV series about Albert Einstein; in 2018 he created a new musical-voice for Genius: Picasso about Pablo Picasso.
His Picasso Suite from the series premiered in Picassos birthplace, Malaga, Spain by the Malaga Symphony Orchestra at the world-renowned Malaga Film Music Festival.

Other notable film and TV projects include The Crown (Netflix), The Lego Batman Movie (Warner Bros.), the Oscar®-nominated film The Florida Project (A24), Terminator Genisys (Paramount Pictures), Pacific Rim: Uprising, and 13 Hours: The Secret Soldiers of Benghazi (Paramount Pictures).
He also served as score producer for Dunkirk (Warner Bros).
In addition to his work with Christopher McQuarrie, Lorne has worked with many of the most prestigious directors in the industry including Christopher Nolan, Ron Howard, Michael Bay, Cate Shortland, Ang Lee, Christophe Waltz, Jerry Bruckheimer, Sean Baker, and Chris McKay.