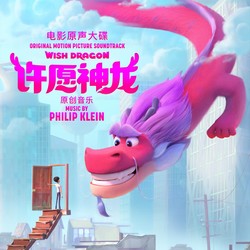 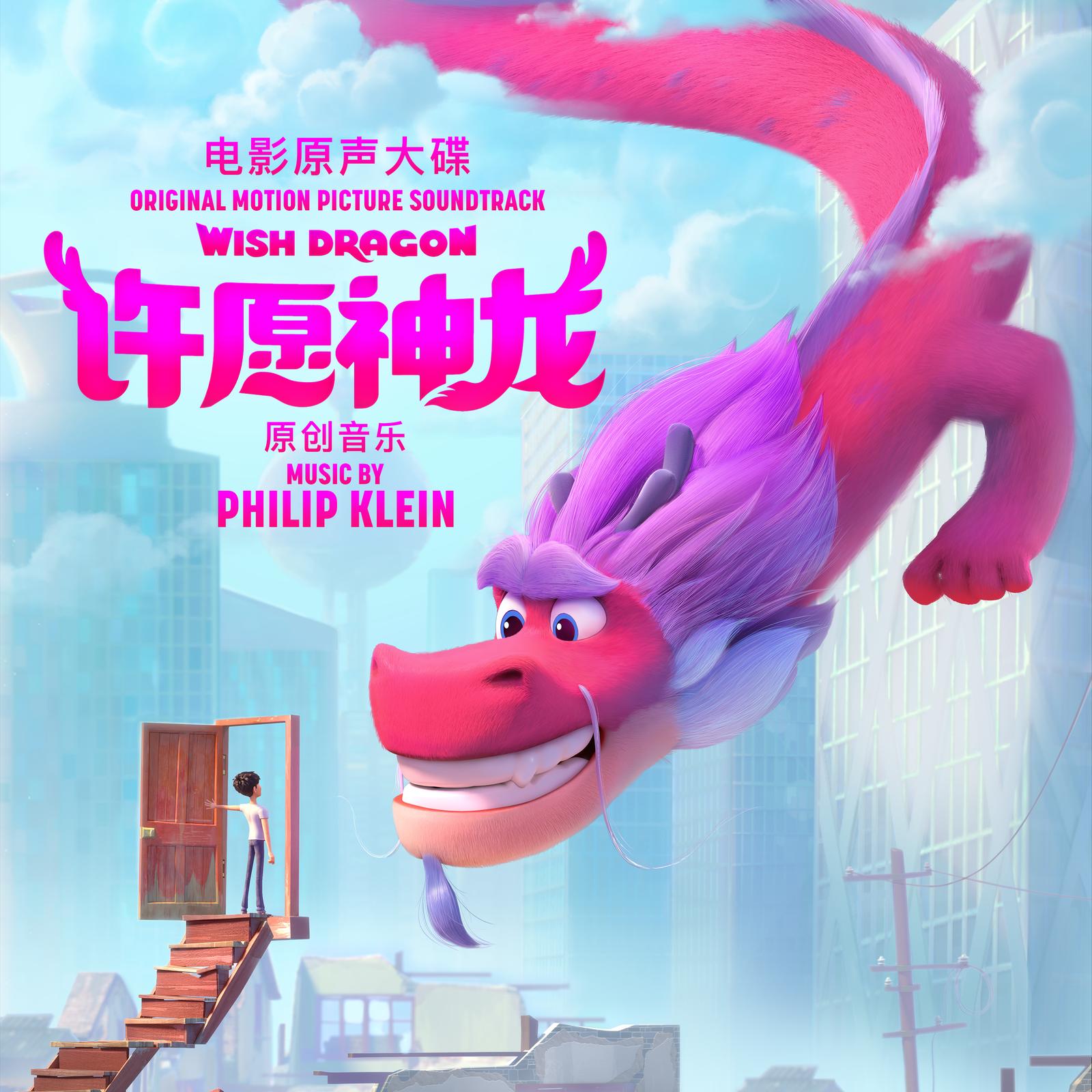 Your wish is granted! Milan Records releases Sony Picture Animations Wish Dragon Original Motion Picture Soundtrack by Philip Klein. The 25 tracks feature a number of traditional Chinese instruments - the Pipa, the Sheng, Ruan - but run through synthesizers and given a modern touch.

Your wish is granted! Milan Records releases Sony Picture Animations Wish Dragon Original Motion Picture Soundtrack by Philip Klein. The 25 tracks feature a number of traditional Chinese instruments - the Pipa, the Sheng, Ruan - but run through synthesizers and given a modern touch.

Speaking about working on the score, Philip Klein said, The journey of scoring Wish Dragon began with hours of creative discussions, a fair amount of geeking out and the trial and error of musical experiments with director Chris Appelhans.

He went on to explain, Our mutual love of exploring lesser known music and sound guided us through generations of Chinese folk songs, instruments, artists and expression.  What we ended up with over a year later was a deeply layered, thematic score; richly colored by beautiful traditional instruments, wistful textures and the might of the New Zealand Symphony Orchestra.  Chris' deep love and respect for this story and all of the brilliant filmmakers and artists behind it made my job seem like I was the one being granted a wish.

Following an inspiring trip to China in 2006, director Chris Appelhans returned fascinated by the countrys vibrant culture and overnight modernization. He realized it was the perfect setting for a story about wishes; in a world changing so fast, the big questions about life and values were impossible to ignore. Compelled to share this unique yet universal story with audiences around the world, he knew animation was the best way to express the storys authenticity, humor and heart. He even learned Mandarin.

Chris Appelhans had this to say about the score, [Philip Klein] has created the kind of score that not only elevates the film, but stands on its own -- iconic melodies, true soul and a timeless mix of modern and traditional elements. Every time I listen, I'm moved -- and to me that's the highest praise any music can earn.

About Wish Dragon
In Sony Pictures Animations Wish Dragon, Din, a working-class college student with big dreams but small means, and Long, a cynical but all-powerful dragon capable of granting wishes, set off on a hilarious adventure through modern day Shanghai in pursuit of Din's long-lost childhood friend, Lina. Their journey forces them to answer some of life's biggest questions  because when you can wish for anything, you have to decide what really matters.

Wish Dragon is inspired by a well-known Chinese fable about a wish-granting spirit which inspired Aladdin and is a fresh new take on the classic genie in a bottle tale from 1001 Nights. The film features the voice talents of John Cho, Natasha Liu Bordizzo, Jimmy Wong, Contance Wu, Will Yun Lee, Jimmy O. Yang, Aaron Yoo, Bobby Lee, and Ronnie Chieng.

The Kung Fu action scene is a tribute to Wish Dragon producer Jackie Chan. The cutting style, layered action and over-the-top physicality were all inspired by his amazing lifetime of work. He also is the voice of Long in the Mandarin dub and serves as a producer on the film.

About Philipe Klein
Philip Klein's music has been heard in film and television projects for Sony, Disney, Pixar, Lionsgate, ABC and CBS. Recent projects include Roadside Attractions drama, The Last Full Measure, the upcoming Sony Pictures Animation Wish Dragon and Neon's Pig. He also penned 18 new orchestral arrangements for Aerosmiths Las Vegas residency, Deuces Are Wild. As an additional writer, Philip has collaborated with some of the finest composers working in film and TV, including Harry Gregson-Williams, Carter Burwell, Alex Heffes and Fil Eisler.  He is also in demand as an orchestrator, having had the honor of working with James Newton Howard, Alexandre Desplat, Ludwig Göransson, Hildur Guðnadóttir, Steve Jablonsky, David Buckley, Stewart Copeland and several other amazing artists.  Recent orchestration credits include the Oscar winning Joker, Oscar nominated News of the World and Disney's The Mandalorian.

After a steady diet of drum corps and classical music throughout his childhood, Philips formal music education took him to Chicago where he studied trumpet performance and composition at Northwestern University. In 2011 he was selected as one of six fellows for the Sundance Institutes Film Composing Lab.  Philip is infinitely indebted to his mentors: Harry Gregson-Williams, Alan Silvestri, Penka Kouneva and Peter Golub. He maintains a studio in Altadena and is represented by Andrew Zack at the Gorfaine-Schwartz Agency. 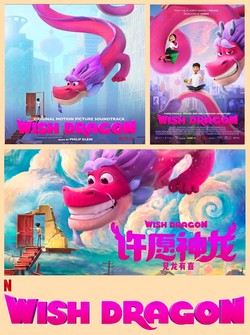 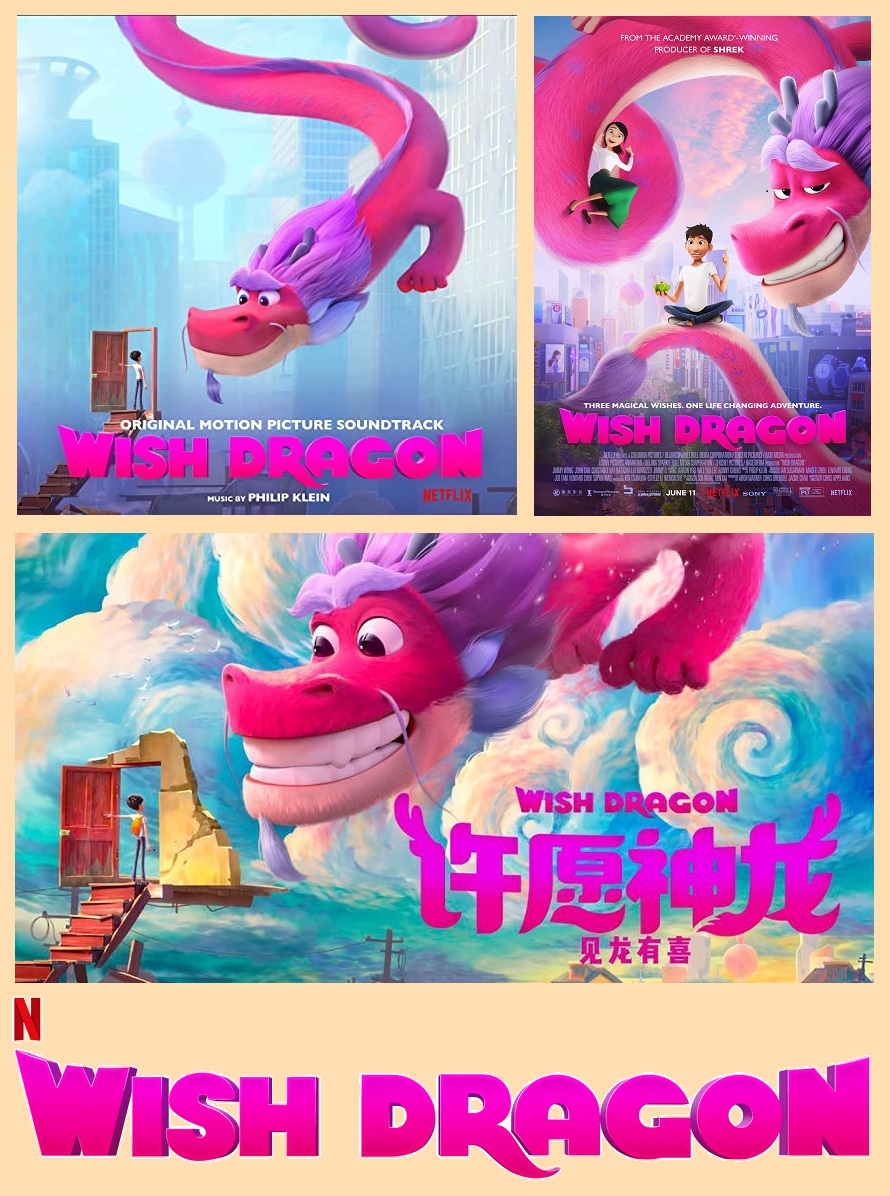 The soundtrack is available digitally on June 11, 2021.

Determined teen Din is longing to reconnect with his childhood best friend when he meets a wish-granting dragon that leads him on an adventure a thousand years in the making..