Rio Conchos / The Agony and the Ecstacy
(Digital) 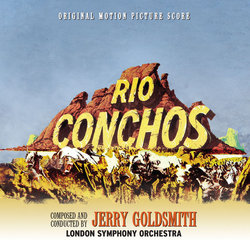 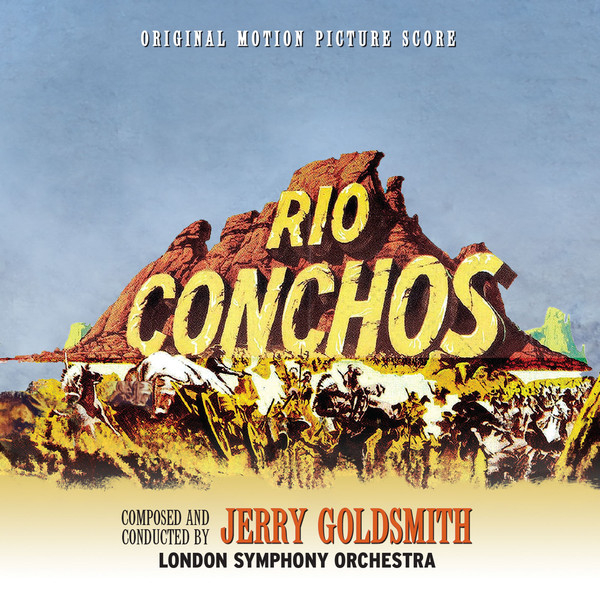 Rio Conchos / The Agony and the Ecstacy 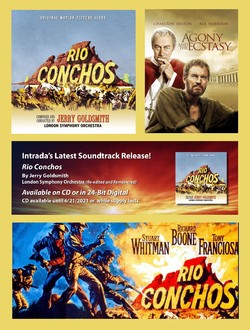 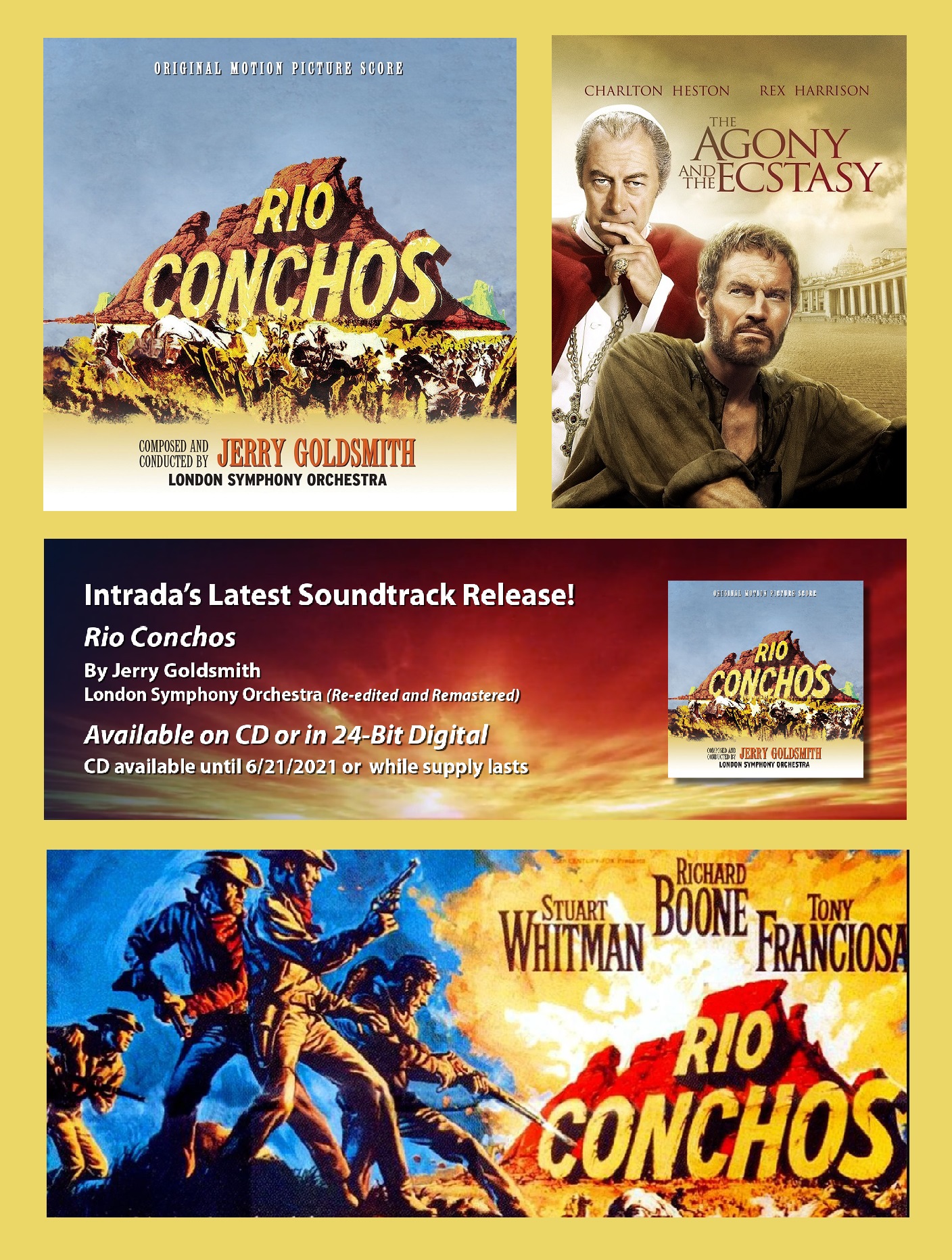 Intrada Records presents a remastered version of the 2013 soundtrack album for the 1964 western Rio Conchos by Jerry Goldsmith.

Intrada Records presents a remastered version of the 2013 soundtrack album for the 1964 western Rio Conchos by Jerry Goldsmith.

Completely remastered presentation of the 1989 Excalibur series recording with Jerry Goldsmith conducting the London Symphony Orchestra!
In a spectacular recording event, Intrada commissioned Jerry Goldsmith to take a look backward and newly record his dramatic and aggressive 1964 western score Rio Conchos, which featured an early example of his scoring for full orchestra augmented by an array of banjos, guitars and accordion, soon-to-be trademarks of his western scoring vernacular.

It builds slightly through strings and French horns in the opening, then quickly recedes.

But in what is surely one of the most powerful and spectacular finales of the composer’s entire career, that simple tune ultimately finishes the score with a resounding fortissimo in the entire orchestra, strings crying out with the melody, dissonant upper-register trumpets pealing, dynamic percussion thundering, everything but the proverbial kitchen sink.

It is an explosive powerhouse finish rarely posited by the composer. Not just fortissimo, think triple forte! Wow! And in between, Goldsmith treats listeners to exciting action throughout.

While locating and preparing the manuscripts for performance, Intrada suggested Goldsmith also record the majestic and soaring 12-minute “Prologue” he scored for the 1965 film The Agony And The Ecstasy with Charlton Heston as Michelangelo. Sub-titled The Artist Who Did Not Want To Paint, the unusually emotional piece, written in five distinct sections and played as one lengthy movement appeared in front of select “roadshow” screenings of the Carol Reed-directed film (which was otherwise scored by Alex North).

At times evoking the rich harmonic vocabulary of Vaughan Williams, at other times offering the soaring majesty of his own The Blue Max score (written the following year), Goldsmith fashioned this masterful prologue for an orchestra of expanded strings, harps, woodwinds and the unparalleled power of eight French horns, at times heard antiphonally and often in unison.

The resulting sound is Jerry Goldsmith at his most personal! The fully-remastered CD will be available only until June 21 2021 or while supplies last.

After this period ends, the album will live on in the hi-res 24bit 96kHz digital format

Other releases of The Agony and the Ecstasy (1965):