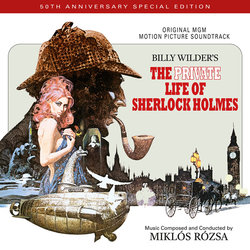 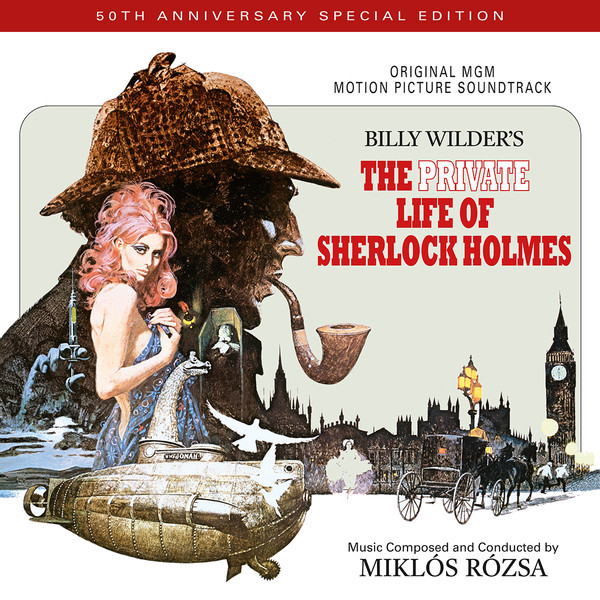 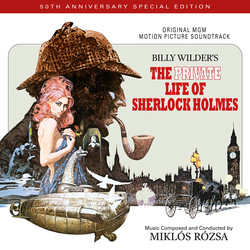 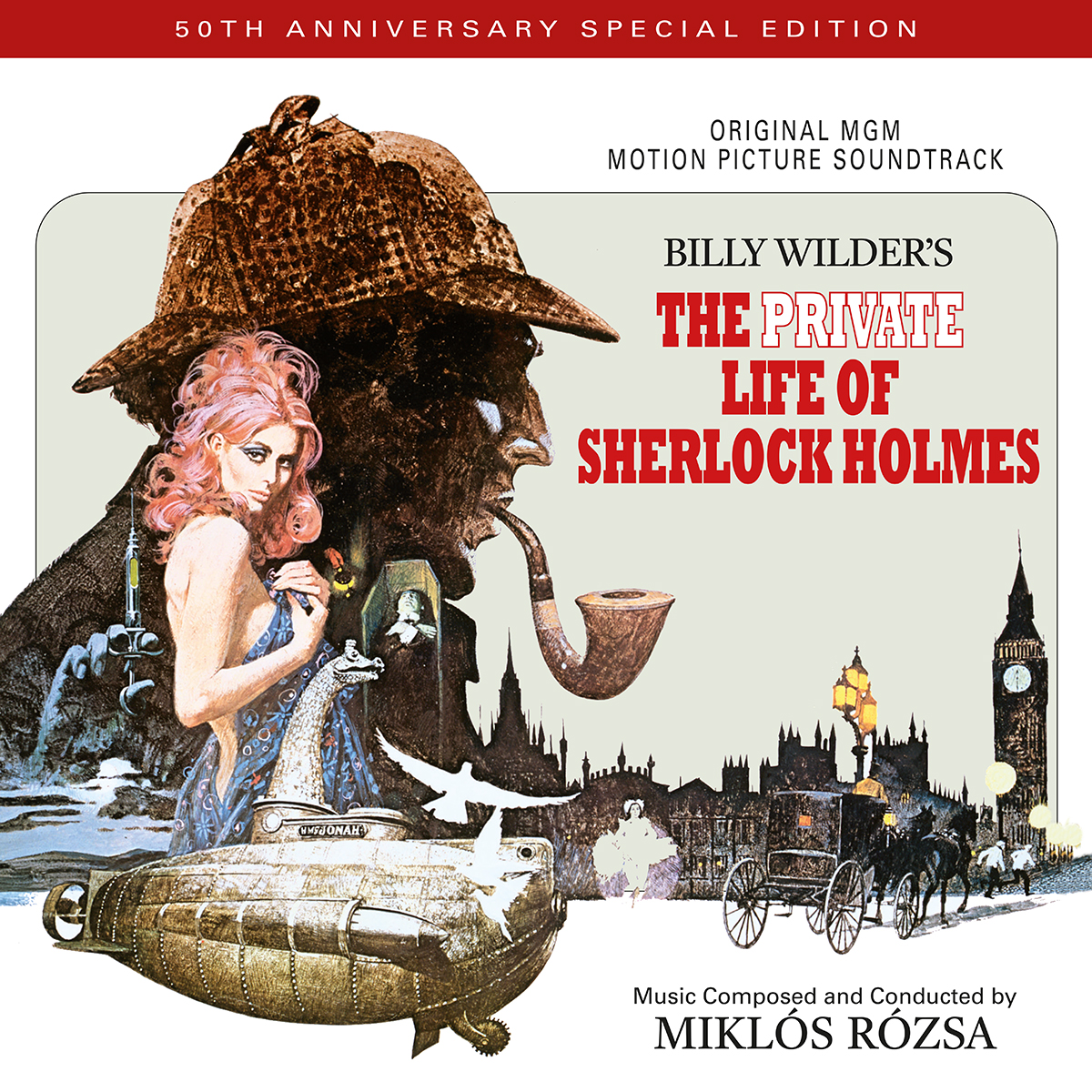 Quartet Records and Metro-Goldwyn-Mayer present the remastered reissue of the wonderful, memorable music composed by Miklós Rózsa for Billy Wilder´s classic The Private Life Of Sherlock Holmes, this time in a 2-CD set with extra material.

(- Quartet Records april 12, 2021 -)
Quartet Records and Metro-Goldwyn-Mayer present the remastered reissue of the wonderful, memorable music composed by Miklós Rózsa for Billy Wilder´s classic The Private Life Of Sherlock Holmes, this time in a 2-CD set with extra material.

Wilders unique take on the worlds greatest consulting detective was meant to explore previously dark corners of Homes lifeincluding his addiction to cocaine and his troubled relationships with women. Last-minute studio jitters forced Wilder to make massive cuts, shortening the running time from 210 to 125 minutes. The resulting film, in spite of great performances by Robert Stephens, Colin Blakely, Geneviève Page and Christopher Lee, failed to catch fire at the box office, although it has acquired an admiring cult audience over the ensuing years.

For the music, Wilder turned to his friend and past collaborator (Five Graves To Cairo, The Lost Weekend, Double Indemnity) Miklós Rózsa, asking him to adapt his Violin Concerto, Op. 24, for the film. Rózsa obliged, augmenting the concert work with a number of evocative new themes for the picture. The music for Holmes anticipates the elegant but autumnal mood of such later scores as Providence, Time After Time, Fedora and Last Embrace, while simultaneously combining the compassion and wisdom of experience with the wit, charm and joie de vivre of youth.

In 2013, Quartet Records released the first official edition of Rózsas original recording, sourced from music stems located at MGM (the original studio masters, alas, are lost); it quickly sold out. That CD, in spite of its less-than-ideal sound, preserved the composers own irreplaceable interpretation, bringing this marvelous music back to life more than 40 years after it was written.

Although no new elements have magically appeared since then, audio engineer Chris Malone has applied new technology to the existing material, and the result is this new edition with greatly improved sound quality. (We are now able to include the original version of Gabriellewhich was so damaged some of it had to be left off the earlier releasecomplete for the first time.)

We are happy to present this as a belated celebration of the films 50th anniversary in 2020 (due to the current world situation, final approvals did not arrive in time to release this last year as originally planned).

On the second disc we have included the premiere CD edition of the famous Fantasy that Rózsa recorded with the Royal Philharmonic Orchestra for his album Rózsa Conducts Rózsa, released on Polydor in 1977. Also included is a new remastering of the premiere recording of the violin concerto on which so much of the score is based, performed by the inimitable Jascha Heifetz. Finally, all the source music recorded and supervised by Rózsa himself is also included on the second CD.

This revised edition of the original tracks of The Private Life Of Sherlock Holmes, extraordinarily performed by the Royal Philharmonic Orchestra under the composers baton, was a labor of love for everyone involved. The immortal music of Rózsa deserves nothing less. The lavishly designed package includes a 24-page booklet with revised liner notes by Frank K. DeWald.

Other releases of The Private Life of Sherlock Holmes (1970):