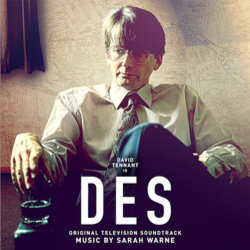 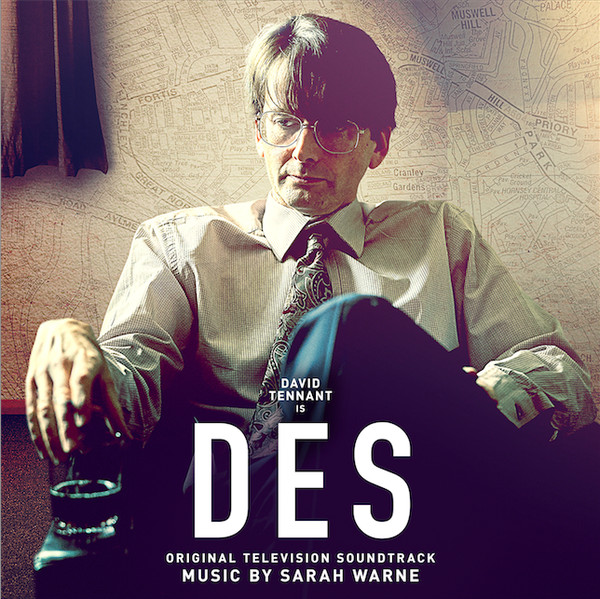 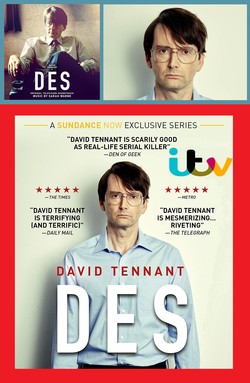 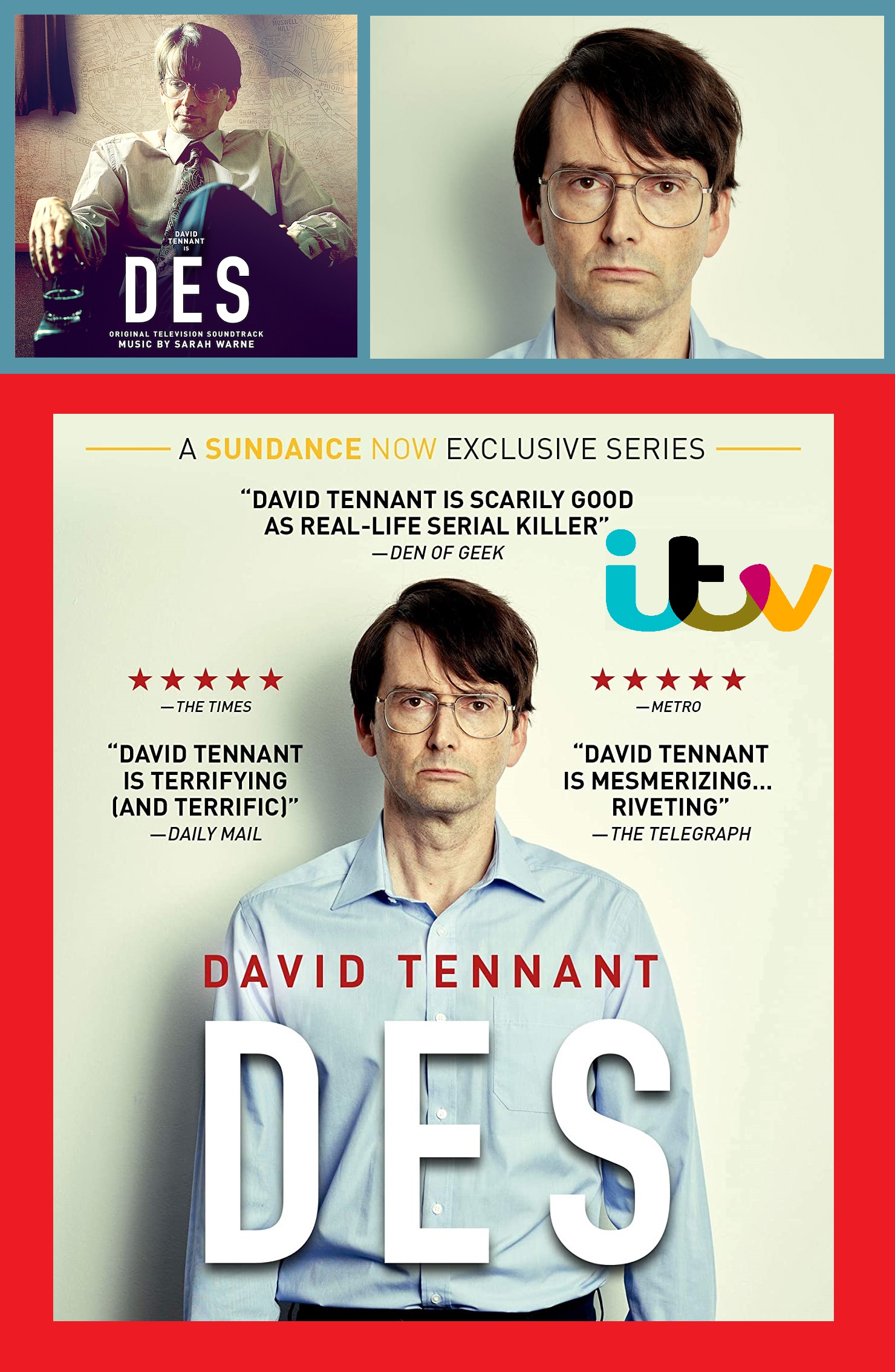 Silva Screen Records presents the soundtrack for the ITV mini-series Des. The album contains the music composed by Sarah Warne.

Silva Screen Records presents the soundtrack for the ITV mini-series Des. The album contains the music composed by Sarah Warne.

The soundtrack is available digitally on May 7, 2021.

The 3-parter directed by Lewis Arnold is based on real life events, the 1983 arrest of Scottish serial killer Dennis Nilsen, after the discovery of human remains causing the blockage of a drain near his home, Nilsen is arrested, but the case is far from simple..

About Sarah Warne:
Sarah is a British Composer based in South London. She is best known for her work on Channel 4s critically acclaimed television drama series, Humans, and her most recent score for ITVs primetime series Des. These series were preceded by BBC1s Dark Money and Red Productions Prey (series 2), alongside various primetime documentaries including several films for the BAFTA nominated series Catching a Killer (Channel 4), and features including Girls On The Edge (BBC2), and Treasures of Ancient Greece (BBC4).
Sarah recently scored Trumps Breadline Kids (Channel 4) which observes several families in Ohio during the 2020 Covid-19 pandemic, and is narrated by Sheridan Smith. She is currently scoring 4 part television drama series The Drowning starring Jill Halfpenny, Jonas Armstrong and Rupert Penry-Jones.
Recent other film and television work includes The Great British School Swap, feature documentary Shes French(Chalfont Productions), the RTS winning Behind Closed Doors: Through The Eyes of The Child for BBC2, BBC mental health documentary Girls On The Edge,and Channel 4s moving and insightful Can Cannabis Save Our Son?featuring Gogglebox stars Steph and Dom Parker; a documentary which looks at the effects of medical Marijuana on epilepsy.
Beyond her television work, Sarah has scored a number of award winning short films which have been selected at numerous international festivals across the world including Cannes, Paris, Milan, Toronto, Palm Springs, LA, London, New York, Edinburgh, Berlin, Cologne, Talca, Leipzig, Ozu and Rio, to name a few. 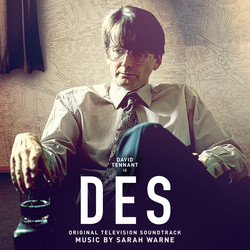 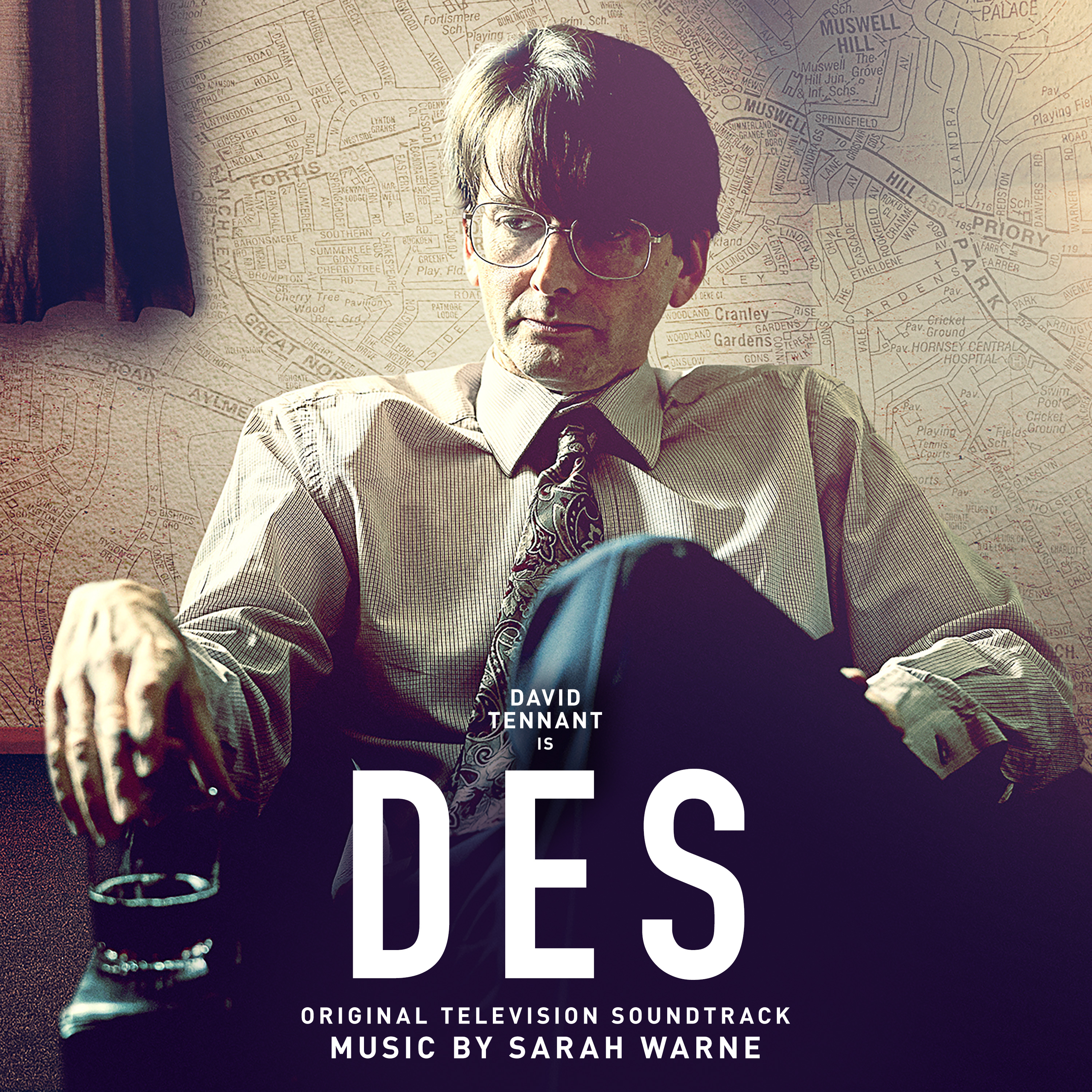 Des is a British three-part television drama miniseries, based on real life events, the 1983 arrest of Scottish serial killer Dennis Nilsen and one of the most infamous criminal cases in UK history. David Tennant (Doctor Who, Good Omens) gives an award-winning performance as Dennis Nilsen, serial killer who murdered over fifteen young men and boys in London over a period of five years. Co-starring Daniel Mays and Jason Watkins, Des focuses on Nilsen's capture and subsequent trial. The three-part series is based on the book Killing For Company by Brian Masters. The series premiered on ITV, UK on 14 September 2020 on. On 16th March 2021 the series was released on DVD and Blue-ray in the US.

The psychological portrait of Dennis Nilsen has given Sarah a stimulus to create an all-enveloping slow tide of pulsating electronic sound. Gently moving through a body of chords and punctuated by tenderly distorted piano, percussion and floating string fragments, Sarah Warnes score provides a cold and meditative space for Nilsens character to unravel.

Sarah is a Film and Arts Composer and multi-instrumentalist based in London. Trained as a classical harpist and pianist, and as a composer Sarah specialises in the blending of acoustic instruments with unique electronic signatures. Her for love for narrative and drama so story-telling is always at the core of the music she creates. She is a graduate of Oxford University, The Guildhall School of Music and Drama, and The National Film and Television School (MA Composing) and her recent work includes BAFTA nominated documentary series Catching a Killer (C4), drama series Humans (Season 2 and 3, C4), Dark Money, Prey (ITV), Trumps Breadline Kids and The Treasures of Ancient Greece (BBC 4).