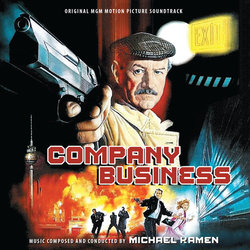 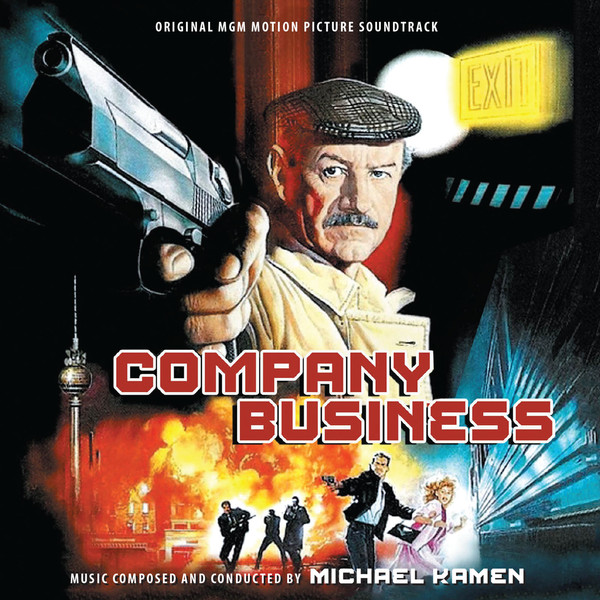 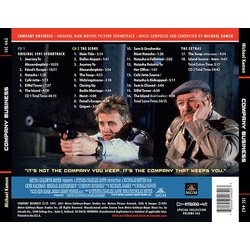 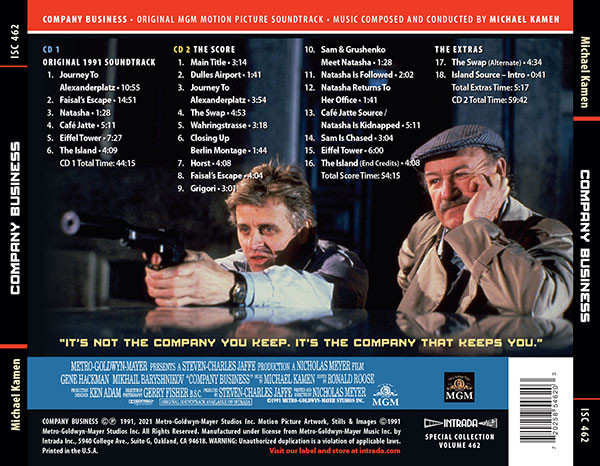 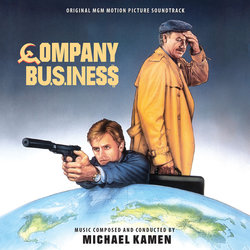 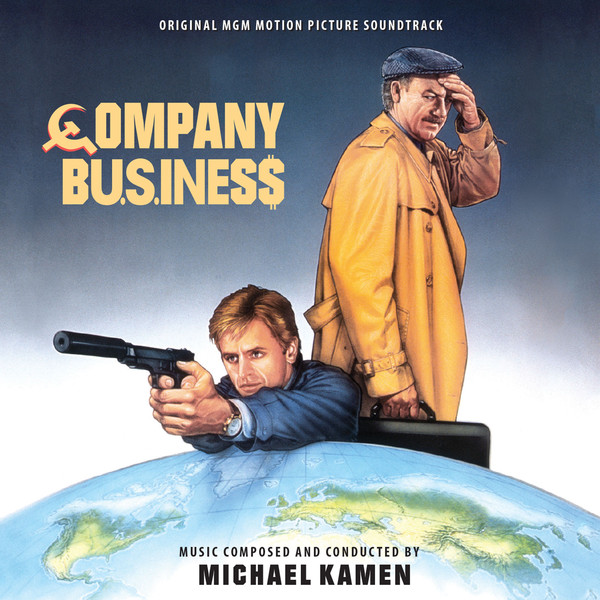 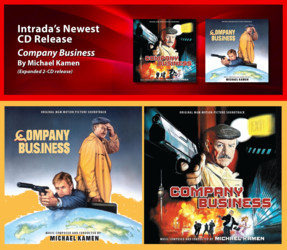 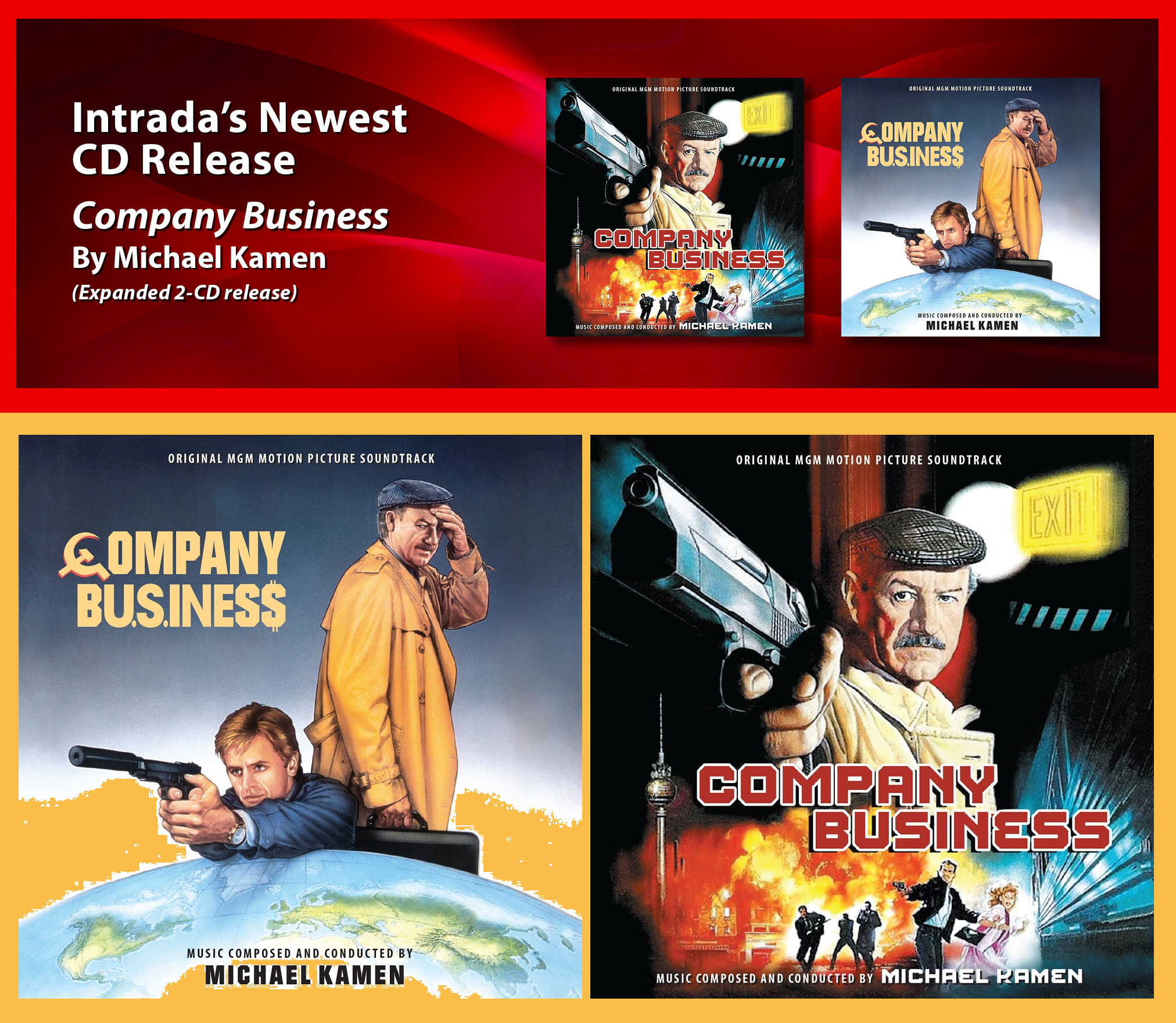 A double-cross happens, bullets fly, a lengthy pursuit results. Director Meyer keeps pace frenzied, glides between intense action, dazed antics of two spies-become-buddies attempting to survive it all. Composer Michael Kamen dives into the fray from the outset with staccato trombone action motif that remains propulsive anchor to score throughout.

No matter how deep into suspense Kamen delves nor how restrained he tackles the suspense, his low brass action motif stays close at hand. Trumpets, French horns keep everything at peak excitement. Kamen gives appropriate color to score by adding balalaika to orchestra. Tenor sax gets something to say as well. But its edged orchestral action music that typically takes the spotlight. 1991 film began production as Dinosaurs before finishing as Company Business.

Intrada premiered score at time of films opening with meticulously-assembled album fashioned by Kamen and his engineer Steve McLaughlin to feature lengthy tracks edited together for solid listening experience, musically satisfying rather than chronological.

Other releases of Company Business (1991):