As Good as it Gets 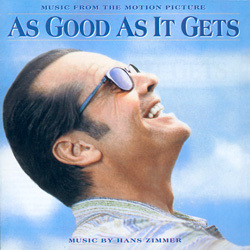 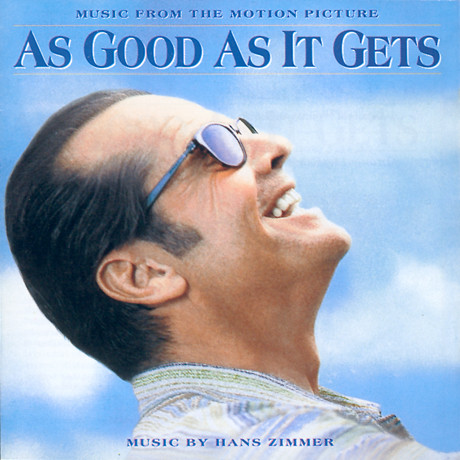 Show reviews in other languages
As Good as it Gets - 08/10 - Review of Tom Daish, submitted at 2010-09-07 22:26:42
Hans Zimmer's Oscar Nominated score really was very deserving of its accolade, just a pity it lost out to a less worthy competitor. This is about as atypical a Zimmer score as you're likely to find. It's mainly laid back, free from synthesised noise and electric guitars and concentrates on a small orchestra of strings, piano and a little dash of woodwind here and there, most notably a clarinet that takes the main theme. This is introduced in the opening cue and is a joyously sprightly, yet quirky melody played on clarinet backed by chopping strings and piano. It is very much in the style of Rachel Portman who seems to have made a living writing tunes with that kind of clarinet lead theme. A second, slightly more sombre melody is introduced in the second track played on piano. The rest of the score then unfolds with hints of these two themes as well as other short motifs and laid back, gently comical music. Neither theme dominates excessively and the comedy is never over played, but neither is the sentimentality. In some ways I would have liked the main theme to crop up a little more often as it appears quite a lot in the film, but that's only a minor complaint and the fact that the album has been put together so well with some strong time constraints as well as containing a decent amount of score as well as the songs all lumped at the end so they can be avoided if so desired. One song that must have a quick play is the classic Eric Idle song, Always Look on the Bright Side of Life, which is a funny song, but in this surreal arrangement with Art Garfunkel and a deep male choir, it's even more amusing. Action Zimmer fans will likely be disappointed, but those with an open mind and those who enjoy quirky comedy scores will love this.
As Good as it Gets - 08/10 - Review of Andreas Lindahl, submitted at 2008-01-20 21:25:40
Hans Zimmer wrote a pleasant little score for this wonderful, feel good film, starring Jack Nicholson, Helen Hunt, Greg Kinnear and Cuba Gooding Jr. The music, performed by a rather small ensemble, with solo performances by piano and woodwinds, draws on classical influences, with harmonies and orchestrations reminiscent of European film. The main theme is an excellent, lively little ditty, with bouncy strings and woodwinds, and the rest of the themes are equally good.

Basically, this is as far as one can get from the testosterone driven action scores by Zimmer and his fellow composers at Media Ventures, and it is certainly nice to hear that the composer is capable of writing music in more than one style. Something I already knew, of course, but this is probably news to the anti-Zimmer persons out there, claiming that all Zimmer scores basically are one melody played by the entire orchestra at once.

Although the soundtrack CD only includes six score cues, I don't feel that there is too little music by Zimmer available. It includes all the highlights of the score. One should also remember that there wasn't much score in the film, to start with. The rest of the disc is occupied by songs by Danielle Brisebois, Phil Roy, Nat King Cole and others. Some are great, some are just good, while others aren't that interesting. There's also a lovely version of "Always Look on the Bright Side of Life", produced by Hans Zimmer and performed by Art Garfunkel, supported by one of Zimmer's male choirs.
Oscars: Best Original Score (Nominee)