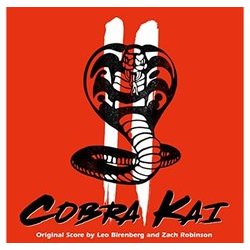 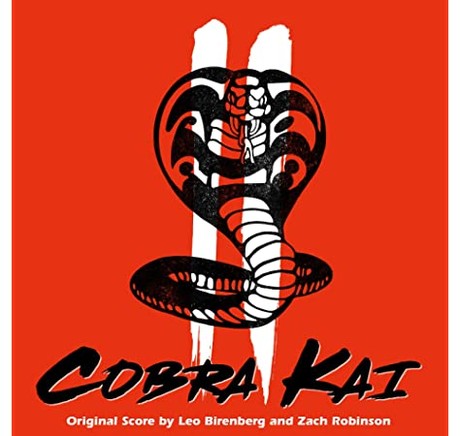 The two albums are released on January 19, 2020.
The Season 2 album contains all tracks from the original 2019 soundtrack with bonus tracks
The Season 3 album features 19 bonus tracks not on the digital release! (2-CD set).
La-La Land Records has previously released the CD version of the Season 1 (expanded).

Thirty-four years after his defeat in the 1984 All-Valley Karate Tournament, Johnny Lawrence, now in his 50s, works as a part-time handyman and lives in an apartment in Reseda, Los Angeles, having fallen far from the wealthy lifestyle in Encino that had been enabled by his verbally abusive step-father, Sid Weinberg.
He has a son named Robby with his ex-wife Shannon Keene, but he abandoned them both when Robby was born and Johnny's mother Laura died on the same day. Johnny, admittedly, has never recovered from his breakup with his high school girlfriend, Ali Mills….

La-La Land Records and Sony Pictures Television proudly present the deluxe CD release of the second season’s original score to the Netflix Original Series COBRA KAI, starring Ralph Macchio and William Zabka. Composers Zach Robinson and Leo Birenberg (SING IT!, SON OF ZORN), continue their thrilling musical adventure through the KARATE KID legacy with another knockout score to the acclaimed second season of the hit series, COBRA KAI. Like the show itself, the composer duo’s music soars with unstoppable action, drama, heart and fun! Produced by Zach Robinson and Leo Birenberg, and mastered by Doug Schwartz, this CD release showcases the second season’s exciting musical highlights, includes the song “Cruel Summer” performed by Kari Kimmel, and features 10 bonus tracks that are exclusive to this CD release and not available on any other format. Art Design is by Dan Goldwasser.