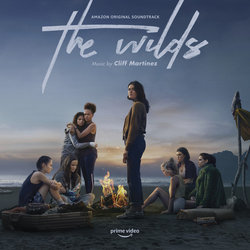 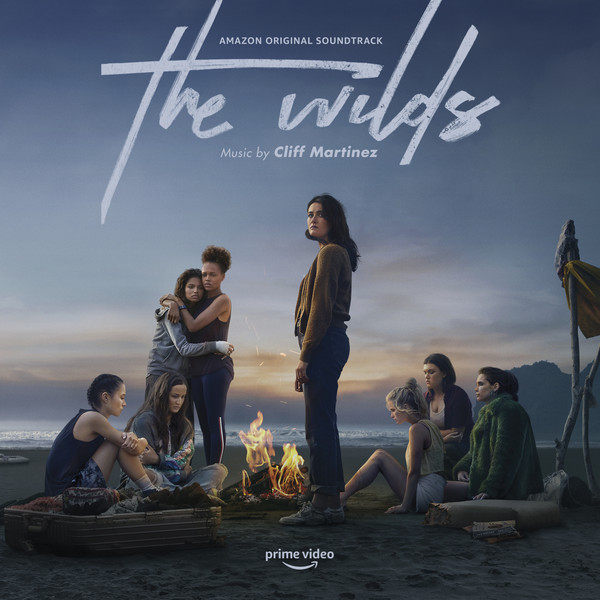 Of the soundtrack, composer CLIFF MARTINEZ says, “The Wilds is a story about the odyssey of adolescence for ten young women. Not a subject I have a lot of familiarity with and it clearly perched me on the edge of my musical comfort zone.
Nonetheless, I put on my teenage girl hat and embraced the challenge.
For this score, I put aside my usual preoccupation with sparse instrumentation and stark undulating textures in favor of more traditional musical food groups such as…uh...harmony and melody! The resulting score to The Wilds is probably one of my most uniquely ‘musical’ efforts.'

Part survival drama, part dystopic slumber party, The Wilds follows a group of teen girls from different backgrounds who must fight for survival after a plane crash strands them on a deserted island. The castaways both clash and bond as they learn more about each other, the secrets they keep, and the traumas they've all endured. There’s just one twist to this thrilling drama… these girls did not end up on this island by accident.

About Empress Of
Under the name Empress Of, Honduran-American songwriter, musician and producer Lorely Rodriguez creates introspective, self-empowering pop music centered around her impressive, acrobatic vocals. On her 2015 debut album, Me, she established a danceable, spontaneous sound that embraced whimsicality and percussiveness. With her 2018 sophomore album, Us, Rodriguez wanted to facilitate a more equal exchange of energy between herself and her listeners, to create a community.

Her third album - I'm Your Empress Of comes on the heels of touring with Lizzo, Blood Orange, Maggie Rogers and Mura Masa and follows her collaborations with Khalid, MŘ, DJDS and her song 'Wild Girl' with KITO. Lorely shares, 'After writing three albums, no process has been the same.
This record wasn't written in a remote location. It wasn't written in a collaborative effort. It was written in my small studio in Highland Park, Los Angeles over two months in between touring the world.
Music is magic. Something that possesses me, shows me things about myself that aren't easy to see. It's called I'm Your Empress Of because I've always felt that once a song is done, and the emotion is there and it's not inside me anymore, it belongs to the world.'

LYRICS:
I feel broken
In a thousand little secrets
I’m all the creases in my smile
I get loose like sand
Forget me stumble in
I'm a little bit of hurt
I'm a little more the worse

About Cliff Martinez
Cliff Martinez, who was born in the Bronx but raised in Ohio, moved to California in 1976, landing in the middle of the punk movement. After stints as the drummer for the Weirdos, Lydia Lunch and Foetus frontman Jim Thirlwell, and the final incarnation of Captain Beefheart and the Magic Band, Martinez joined the Red Hot Chili Peppers (playing on the band’s first two albums) and later the Dickies.
It was during his tenure with the Chili Peppers that Cliff began exploring the new technologies of that era, which would eventually guide him towards the film music world.

A tape Martinez had put together using these new technologies made its rounds, leading him to score an episode of Pee-Wee’s Playhouse. The same recording also ended up in Steven Soderbergh’s hands and Martinez was hired to score the famed director’s first theatrical release 1989’s sex, lies, and videotape.
Martinez’s longstanding relationship with Soderbergh has continued through the years and they have worked together on ten theatrical releases including Kafka, The Limey, Traffic, Solaris, Contagion and the critically acclaimed TV series The Knick.

Perhaps it is because of his time in the punk scene that Martinez’s approach to scoring is nontraditional. His scores tend towards being stark and sparse, utilizing a modern tonal palette to paint the backdrop for films that are often dark, psychological stories like Pump Up the Volume (1990), The Limey (2009) Wonderland (2003), Wicker Park (2004), and Drive (2011).
Martinez has been nominated for a Grammy Award (Steven Soderbergh’s Traffic), a Cesar Award (Xavier Giannoli’s A L’origine), and a Broadcast Film Critics Award (Drive). His score for The Neon Demon was awarded Best Soundtrack at the 2016 Cannes International Film Festival.

Still the drummer at heart, Martinez’s use of audio manipulations, particularly for percussive sounds, has been evolving through the years and is evident by the hammered dulcimer of Kafka (1991), the gray-areas between sound design and score for Traffic (2000), the steel drums and textures of Solaris (2002), what Martinez called ‘rhythmi-tizing pitched, ambient textures’ of Narc (2002), and ‘using percussion performances to trigger and shape the rhythmic and tonal characteristics of those ambient textures,’ as he described his score for 2011’s The Lincoln Lawyer.

Cliff Martinez was inducted into the Rock and Roll Hall of Fame in April 2012 with the Red Hot Chili Peppers. He earned the prestigious Richard Kirk Lifetime Achievement award from BMI in 2013.
Martinez served as a juror for the 2012 Sundance Film Festival and served on the International Feature nominating committee for 2011 Film Independent Spirit Awards.
Martinez’s recent films include Drew Pearce’s Hotel Artemis, Christian Gudegast’s Den of Thieves, Martin Campbell’s The Foreigner, Nicolas Winding Refn’s The Neon Demon, Robert Redford’s The Company You Keep, and Harmony Korine’s Spring Breakers (co-composed with Skrillex).
His second film with Drive director Nicolas Winding Refn, Only God Forgives, earned Martinez a 2014 Robert Award (Danish Academy Award). Next up will be the limited series Too Old to Die Young (directed by Nicolas Winding Refn).