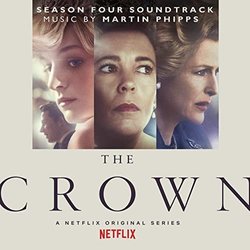 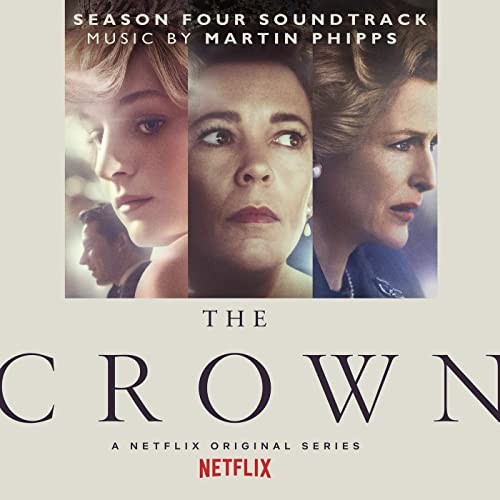 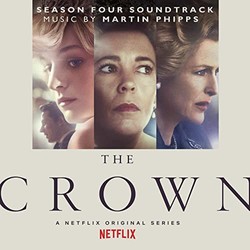 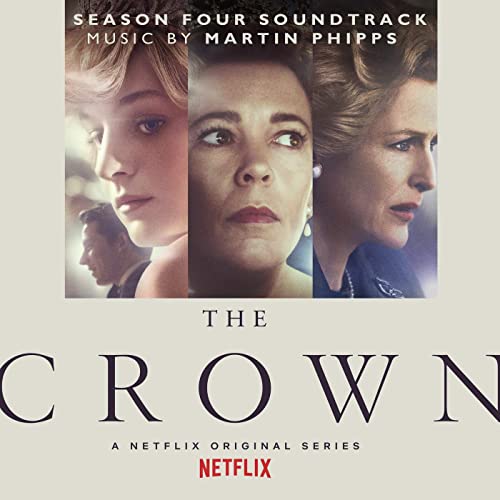 Of the soundtrack, composer Martin Phipps says, 'In Season 4, the world of our middle aged characters is blown apart by the arrival of Princess Diana. I wanted to represent this bombshell in the music, culminating in Episode 5 when Australia goes nuts for Diana and the score switches to a brash, technicolor electronic palette.
We are also in the ‘80s throughout the season, so the score is sprinkled with retro synth elements. Peter Morgan (showrunner/general maestro) was clear that he also wanted a strong sense of musical continuity with Season 3, so I updated many of our familiar, more orchestral themes from previous episodes.
One of my favorite scenes is the reuse of the Simple Harp theme, as Diana returns triumphant from shooting a stag during her ‘Balmoral tests.’ I hope you enjoy the new series, and its score, as much as I enjoyed writing it.”

Phipps reprises his role as the show’s composer following a successful third season in 2019, for which he notably garnered his sixth career Emmy® Award nomination in the category of “Music Composition for a Series.”
Available everywhere now, his Season 3 Soundtrack received widespread critical acclaim, with The Los Angeles Times noting, “He accompanied Queen Elizabeth’s middle-age years, and the national tragedies and personal tribulations she encountered, with pulsing electronics, men’s choir and opulent orchestration that was simultaneously grave and groovy.”
Phipps has continued to expand his influence and sound with each subsequent score.

About The Crown Season 4:
As the 1970s are drawing to a close, Queen Elizabeth (Olivia Colman) and her family find themselves preoccupied with safeguarding the line of succession by securing an appropriate bride for Prince Charles (Josh O’Connor), who is still unmarried at 30. As the nation begins to feel the impact of divisive policies introduced by Britain's first female Prime Minister Margaret Thatcher (Gillian Anderson), tensions arise between her and the Queen which only grow worse as Thatcher leads the country into the Falklands War, generating conflict within the Commonwealth.
While Charles’ romance with a young Lady Diana Spencer (Emma Corrin) provides a much-needed fairytale to unite the British people, behind closed doors, the Royal family is becoming increasingly divided.
Written by Peter Morgan, The Crown‘s fourth season also stars Helena Bonham Carter as Princess Margaret, Tobias Menzies as The Duke of Edinburgh, Josh O'Connor as Prince Charles, Erin Doherty as Princess Anne, Emerald Fennell as Camilla Parker Bowles, Marion Bailey as the Queen Mother, Georgie Glen as Lady Fermoy, Tom Byrne as Prince Andrew, Angue Imrie as Prince Edward, and Charles Dance as Lord Mountbatten.

About Martin Phipps:
Coming from a musical background (he is Benjamin Britten’s godson), Martin read drama at Manchester University. Fortunately for the acting profession, he decided to concentrate his energies on writing music. Since scoring his first TV drama, Eureka Street, in 2002, he has won 2 BAFTAs and 5 Ivor Novello Awards, and gone on to write music for many of the most interesting series of recent years, including the BBC's War and Peace, Hugo Blick’s Black Earth Rising, Peaky Blinders and Black Mirror. Martin most recently scored season 4 of the Left Bank Pictures/Netflix series, The Crown.
Having recently moved into film, Martin’s credits include the Helen Mirren and Ryan Reynolds movie Woman In Gold (scored with Hans Zimmer), Fox Searchlight’s The Aftermath, starring Keira Knightley and Alexander Skarsgĺrd, Harry Brown and Brighton Rock.
Martin recently set up Mearl, a project to facilitate collaborating with other artists and composers, as well as a platform for developing his own material. Peaky Blinders was the first soundtrack written under this name, scored with a band of musicians from Radiohead’s new Laundry Studios in London Fields. Two recent feature films were also written under this title.