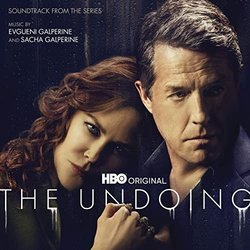 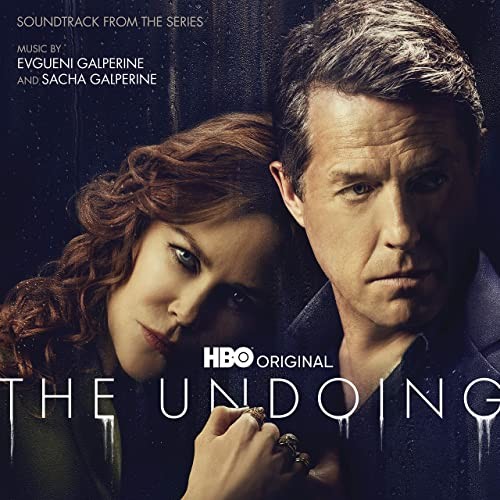 The Undoing stars Emmy®, Academy Award and Golden Globe-winner Nicole Kidman (“Big Little Lies”) and Emmy® nominee Hugh Grant (“A Very English Scandal”), and the soundtrack features Kidman’s notably striking performance of the classic jazz standard “Dream A Little Dream Of Me” from the show, joining a distinguished group of performers who have recorded the song over the years.

The Undoing (Soundtrack from the HBO® Original Series) is now available digitally !

The limited series follows Grace (Kidman) and Jonathan Fraser (Grant), who are living the only lives they ever wanted for themselves. Overnight, a chasm opens in their lives: a violent death and a chain of terrible revelations. Left behind in the wake of a spreading and very public disaster and horrified by the ways in which she has failed to heed her own advice, Grace must dismantle one life and create another for her child and her family.

About Evgueni and Sacha Galperine
In 1990, brothers Evgueni and Sacha Galperine relocated to France, from their native Russia, to complete the classical music training they’d begun in Moscow. Soon after arriving in Paris, Evgueni was drawn to composing film scores while still studying symphonic composition and electro-acoustic music at the National Conservatory (CNSM) in Paris. Sacha turned to rock and electronic music after receiving a first prize for violin performance at the Conservatory of Versailles.

For several years, Evgueni and Sacha have pooled their respective talents and experience to create music for cinema. Their exceptionally broad musical palette, knowledge of cinema and distinctive sound, forged by a unique fraternal bond, has rapidly won the duo the notice of directors from diverse origins and genres.

Examples of their work include scores for Loveless by Andreď Zvyagintsev, The Past by Asghar Farhadi, The Wizard of Lies by Barry Levinson, The Family by Luc Besson, the French hit series Le Baron Noir by Ziad Doueri, La famille Bélier and The Big Picture by Eric Lartigau.

Their music has also been featured in films like The Hunger Games by Gary Ross, Split by M. Night Shayamalan, and Rust and Bone by Jacques Audiard.

2018 saw the duo scoring François Ozon’s new film, By the Grace of God, Radioactive for director Marjane Satrapi (Persepolis), The Harvesters for Etienne Kallos (Un Certain Regard, Cannes 2018), and Savage for Vincent Mariette.

WaterTower Music presents the soundtrack album for the HBO series The Undoing. The album contains the music composed by Evgueni Galperine and Sacha Galperine and the opening titles version of Dream a Little Dream performed by actress Nicole Kidman.

WaterTower Music presents the soundtrack album for the HBO series The Undoing. The album contains the music composed by Evgueni Galperine and Sacha Galperine and the opening titles version of Dream a Little Dream performed by actress Nicole Kidman.

The soundtrack is available digitally October 30, 2020.

The 6-parter The Undoing is directed by Susanne Bier and created by David E. Kelley, the series is based on the novel You Should Have Known by Jean Hanff Korelitz with with Nicole Kidman (Grace Sachs), Hugh Grant (Jonathan Sachs), Edgar Ramirez, Noah Jupe, Noma Dumezweni, Lily Rabe, Matilda De Angelis, Ismael Cruz Córdova and Donald Sutherland.

The new limited series focuses on Nicole Kidman’s Grace Fraser, a successful therapist, and her devoted husband, Jonathan (Hugh Grant), and their young son who attends an elite private school in New York City. A chasm opens in Grace's seemingly perfect life: a violent death, a missing spouse and a chain of terrible revelations.