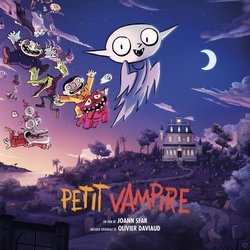 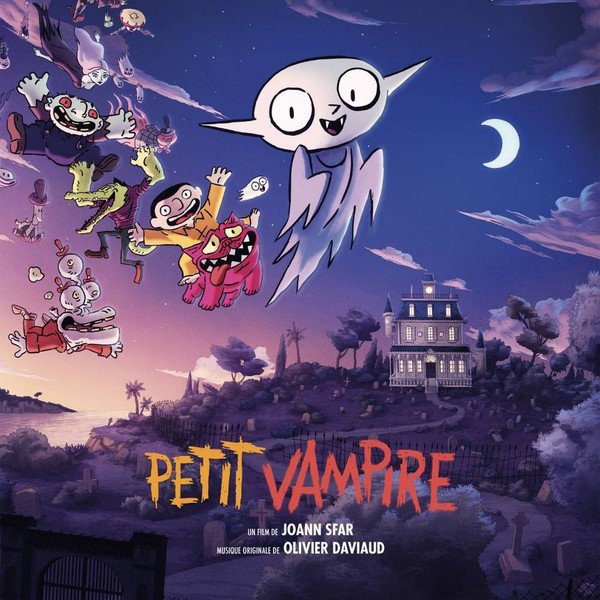 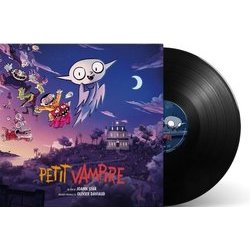 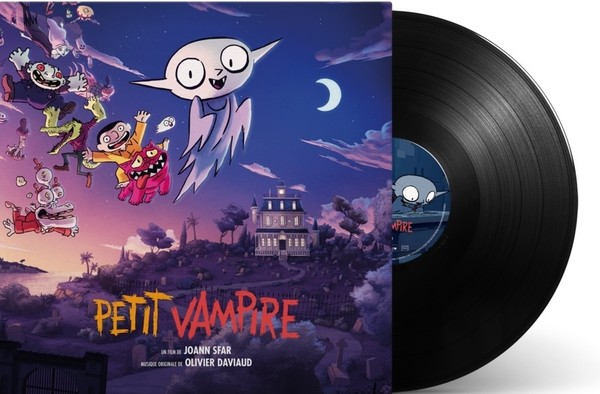 Little Vampire - a film by Joann Sfar (The Rabbit's Cat)
Composer OLIVIER DAVIAUD
created the original score, where the melody from childhood acknowledges the film's breath of adventure

Petit Vampire ('Little Vampire') lives in a haunted house with a cheerful bunch of monsters, but he is terribly bored...He's been 10 years old for 300 years now, so pirate ships and film clubs haven't amused him in a long time.
His dream? To go to school and make friends. But his parents don't see it that way, as they think the outside world is way too dangerous. Accompanied by Fantomate, his faithful bulldog, 'Petit Vampire' secretly escapes the manor determined to meet other children.

For the original music to Little Vampire, composer Olivier Daviaud gets another chance - after their previous collaboration on The Rabbit's Cat in 2011 - to collaborate with Joann Sfar on an animated feature:

'The idea was to avoid the trap of writing 'ghost' music for a 'ghost' film. Since we wanted 'Little Vampire' to be a great family adventure film, I rather included some Mediterranean folklore, Celtic and klezmer, peppered here and there with a large orchestra set-up. This combination reminded me a lot of the music from pirate movies that rocked my childhood and adolescence. I'm a big fan of 'old-fashioned' film music where we feel the breath of adventure and great emotions, and I truly hope that one will want to sing the themes after having watched the film!'

The director, creator of the Little Vampire universe and co-scriptwriter Joann Sfar on the collaboration with the composer: 'I met Olivier about ten years ago, when I was filming 'Gainsbourg (Vie Héroique)'. Olivier comes from the world of live music, concerts and thus real contact with the audience. He really is a living musical encyclopedia. For our first collaboration, Olivier had to reinvent and re-orchestrate 70 pieces of Gainsbourg, and we had to have them interpreted by actors, which is not the easiest thing in the world. This first experience bonded us for life, after which Olivier then worked on all my films. For 'Little Vampire', I told him that I wanted something very different from what Danny Elfman composes for the films of Tim Burton. We decided to rely on a heritage closer to Mediterranean and Neapolitan music as well as some very known tunes from the Nice region - besides, I even sang him some of those traditional Nice songs.'
About Olivier Daviaud:
Olivier Daviaud is a French composer, pianist and cellist, but also playful musician, pure melodist, follower of the short form and an advocate for clear musical lines. Since 1997, he has composed dozens of songs and collaborated on more than a hundred records, this as a director, composer, arranger or simple instrumentalist.

Olivier has taken part in the major part of the discographic production of singer Bertrand Belin, whom he has accompanied on stage for over 15 years, as well as that of the group Dionysos of which he has been the faithful 'ghost member' for many years. He is not only sought after by vocalists of his generation (Olivia Ruiz, Emily Loizeau, Tryo, Abd Al Malik, Néry, Thomas Fersen, Les Yeux Noirs, Aldebert, Bastien Lallemant…) but an older generation (Higelin, Gréco, Duteil, Adamo…) also relied on him for their latest albums.

Since 2007, Olvier has devoted himself more particularly to the composition of film scores. He created the scores to Joann Sfar's first two feature films: Gainsbourg Vie Hérosque (César for best first film), and The Rabbit's Cat (César for best animated film), as well as those of Jack and the Cuckoo-Clock Heart and very recent Une Sirčne ŕ Paris produced by Mathias Malzieu. He also wrote the music to the short film awarded at the Césars Mademoiselle Kiki et les Montparnos, by Amélie Harrault, or that of the formidable School of Babel and the disturbing Claire Darling by Julie Bertuccelli.

For television, Olivier composes the music for Chefs, a series by Arnaud Malherbe for France 2 and to Sardine de l'Espace a series by David Garcia for Canal +. For theater, he signs the music to Sombrero, a show by choreographer Philippe Decouflé and for radio he created the fantastic music to Les Aventures de Tintin, 5 radio dramas directed by Benjamin Abitan, performed by the National Orchestra of France.

Olivier Daviaud is also responsible for the original music created for Brassens or Liberty, an exhibition by Clémentine Deroudille and Joann Sfar at the Cité de la Musique, as well as that of Sfar / Dali: a second before waking up for Espace Dali.