The Trial Of The Chicago 7
(Cd) 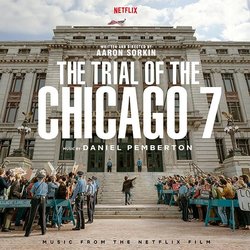 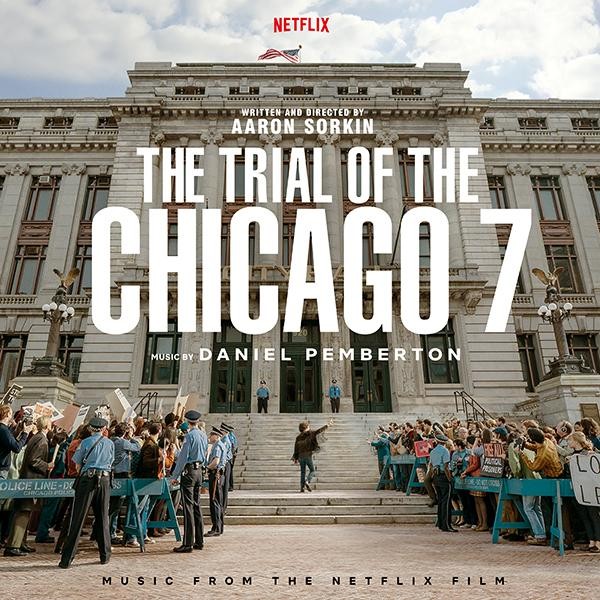 The Trial of the Chicago 7

VarŔse Sarabande Records is thrilled to announce the upcoming soundtrack release of the Netflix film The Trial of the Chicago 7, written and directed by Academy Award«-winning filmmaker Aaron Sorkin (Mollyĺs Game, The Social Network).

VarŔse Sarabande Records is thrilled to announce the upcoming soundtrack release of the Netflix film The Trial of the Chicago 7, written and directed by Academy Award«-winning filmmaker Aaron Sorkin (Mollyĺs Game, The Social Network).
The album is comprised of the original score by 3-time Golden Globe«-nominated composer Daniel Pemberton and three original songs performed by breakthrough Polydor recording artist Celeste. Pemberton and Celeste co-wrote the filmĺs focus track ôHear My Voice,ö as recently announced by Variety.

VarŔse Sarabande Records will digitally release The Trial of the Chicago 7 album on October 16, the same day the film debuts worldwide on Netflix. Pre-order is available today, October 8, with the track ôHear My Voice,ö available for immediate download as an instant grat. The official music video for ôHear My Voiceö premiered today exclusively by Variety and can be viewed here.

A CD release of the soundtrack scheduled for November 20, 2020 is also available for pre-order starting today.

The Trial of the Chicago 7 tells the story of the violent clash with police at the 1968 Democratic National Convention.
In what was intended to be a peaceful protest, the organizersŚAbbie Hoffman (Sacha Baron Cohen), Jerry Rubin (Jeremy Strong), Tom Hayden (Eddie Redmayne), Bobby Seale (Yahya Abdul-Mateen II) and othersŚare charged with conspiracy to incite a riot, leading to one of the most notorious trials in history.

ôThe first time I met Aaron Sorkin to talk through our ideas for the film, heĺd already formulated the entire plan in his head.
He knew the moments where the music should be strong and bold, and then also the ones where it should take more of a subtle and supporting role,ö says Pemberton. ôI wanted there to be two worlds juxtaposing against each otherŚfrom the perceived restraint and control of the courtroom to chaos of the riots, which were some of my favorite moments to score.ö

Celeste spoke of her contribution to the original song, ôHear My Voice,ö stating, ôI am so grateful to be part of such an important and timely film. Daniel Pemberton and I wanted to create a song that would be as meaningful, relevant and powerful as Aaron Sorkinĺs film. Heĺs a true visionary and it really is an honor to contribute to this story.ö

Pemberton adds, ôOne of the first things Aaron Sorkin talked to me about was his vision for a song that could end the film, that could leave us with a sense of hope and possibility, of light beyond the darkness.
I wanted to write something that captured the ideals of protest, that every person has a voice and a dream for the world and that those voices deserve to be heard. ĹHear My Voiceĺ was that idea.

ôI knew straight away I wanted to collaborate with Celeste, as her voice is one of the most magical things I have heard in recent times. Her voice soars on the track, and is an expression of freedom, defiance, and hope. Like anyone who makes art or desires change, we all want people to hear our voice.
I am incredibly proud that together, weĺve made a song with a strong, powerful and simple message at its heart that feels as relevant to now, as it does to the events in Chicago in 1969, and Iĺm very excited for the rest of the world to hear it,ö says Pemberton.