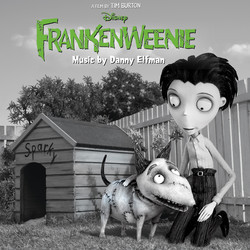 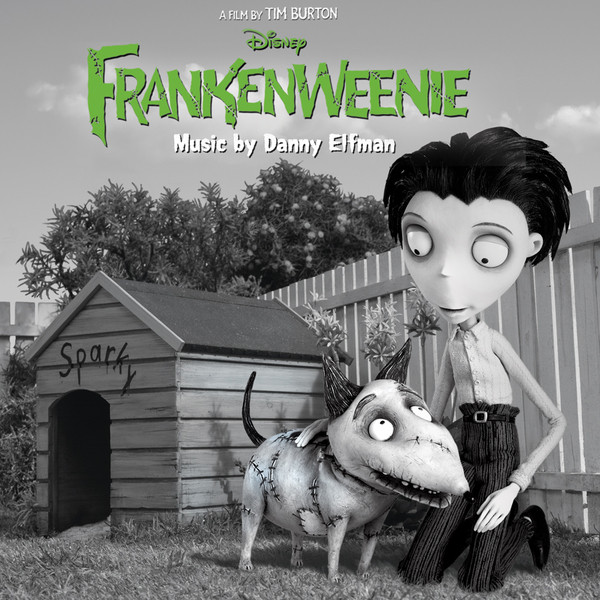 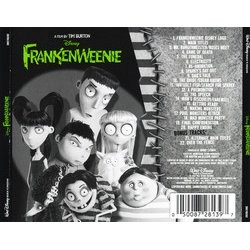 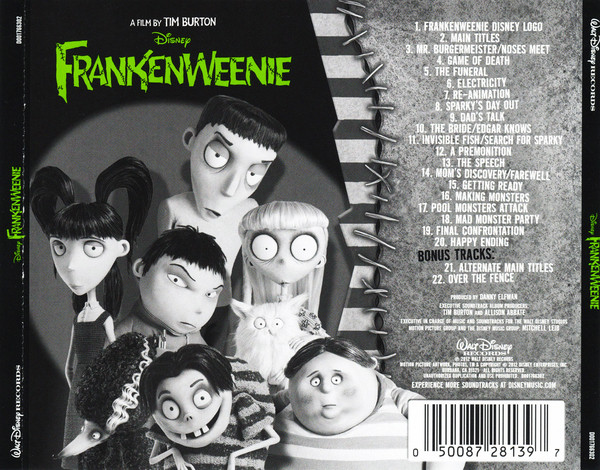 Show reviews in other languages
Frankenweenie - 10/10 - Review of Chris R., submitted at 2012-10-10 03:42:59
Danny Elfman has long maintained his collaborations with Tim Burton and his music with him have often been Elfman's most captivating. Even if Burton's movies lost some of his flare and feel more mainstream, Elfman continued to provide exquisite music for each of his movies. Now he has many facets to his compositional career. His knack for the Gothic fantasy of yesteryear, his captivating dramatic music, his unique minimalism of the late 90's and talent for unique instrumentation. He brought back his flare for the Gothic fantasy in Dark Shadows but outside the opening cue, the dramatic elements felt a bit flat. But for Frankenweenie, Elfman brings together his most appealing qualities together, his dramatic sensibilities alongside a welcome return of Gothic fantasy.

The score is based around three major themes. The first two are for the bond between Victor and Sparky and the other for just sparky. The theme for the two plays rather simplistically but a story about a boy and his dog really never required a complex melody in the first place. While the theme is simplistic, its performances are the real treat. Simplistic in Main Titles, both glorious and sorrowful in Game of Death, and it becomes altered slightly in the cue Re-animation. The other theme for Sparky playfully active, with moving strings and the like, particularly during the dogs playful romp in Sparky's Day Out.

The other dominant theme is the one for the mad scientist, which opens up the movie with Frankenweenie Disney Logo. Though the theme represents the mad scientist, midway through the movie it becomes representative of the monsters the kids unleash on the town. This theme represents the best of Danny Elfman's Gothic style, backed by the organ, the last six cues unleash a kind of monstrous energy and the organ giving each cue the sense of menace the ensuing chaos the monsters unleash deserves. Ultimately both Victor's and the monster's theme reaching their pinnacle in Final Confrontation.

It is true that non of themes are complex in structure, and Elfmans' use of chord progressions, remind of some of his other works. When first listening to the massive organ in Getting Ready, I swore I was hearing the Batman theme. In actuality it wasn't but to the casual listener you will find connections to other Elfman scores. Yet everything about this score was on point. The sentimentality of the music is on par with Edward Scissorhand, the massive power of the organ, along with the other instrumentations yield a Gothic fantasy that is as great as anything Elfman has ever written. With the combination of these two elements, as well as The London Orchestra's performances of Elfman's themes, make this score one of the top scores in a year where there hasn't been much. If you are an Elfman fan than this is score is a must.

Other releases of Frankenweenie (2012):