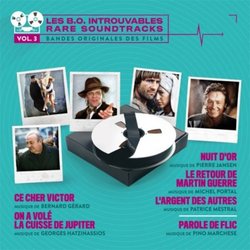 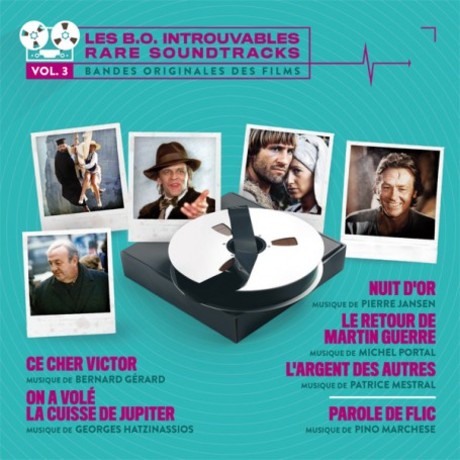 ''Let’s get down to business''…This could be the motto of this third Rare Soundtracks box set. Indeed, even though the collection retains its legendary light-heartedness and flamboyancy (Philippe de Broca’s popular cinema or Alain Delon’s films from the 1980s), it ventures this time in an apparently harsher – but just as fascinating ‒ musical territory: contemporary scores by Patrice Mestral, Pierre Jansen and Michel Portal. Like the Yin and the Yang, these radically different musical styles provide a rich and comprehensive overview of what French film music had to offer in the 1970s and 1980s. Light or sepulchral, tenderly melancholic or wild, all these scores eventually take the same route: originality and/or rejection of wall-to-wall scoring.

Discs 1 and 2 have been remastered from the original master tapes and recording sessions. Disc 3 features the remastered vinyl presentations. This 3-CD boxset includes a 16-page booklet with liner notes by Nicolas Magenham.

The release is limited to 300 units.
Référence MBR-B3