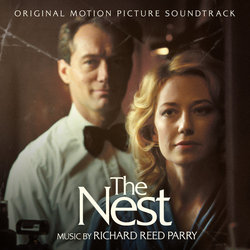 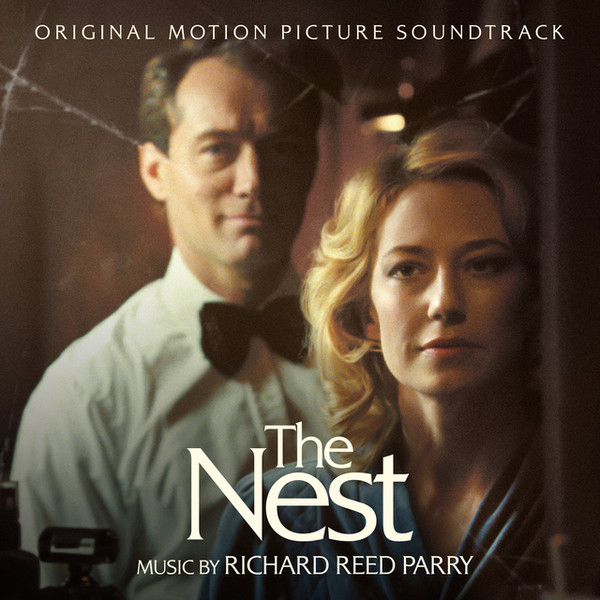 Of the soundtrack, composer Richard Reed Parry says, “When I watched the very first rough cut of The Nest without any music, I could feel right away what I wanted the score to be: Music that sounded like it was written and played somewhere within the massive old manor house that so much of the film centers around… I am very grateful to my fantastic musical collaborators, and for Sean Durkin’s trust in my own intuitive musical process and the artistic space and freedom he gave me to explore the musical landscape of his film.”

“Long before Richard was the composer for the film I was listening to his Music for Heart and Breath album while writing the script, so for him to come on to the project was very exciting for me,” adds The Nest director Sean Durkin.
“It’s been an incredible collaboration working with him. He’s created a stunning score that captures the atmosphere and emotion I wanted the film to encompass.”

Rory (Jude Law), an ambitious entrepreneur and former commodities broker, persuades his American wife, Allison (Carrie Coon), and their children to leave the comforts of suburban America and return to his native England during the 1980s. Sensing opportunity, Rory rejoins his former firm and leases a centuries-old country manor, with grounds for Allison’s horses and plans to build a stable.

Soon the promise of a lucrative new beginning starts to unravel, the couple have to face the unwelcome truths lying beneath the surface of their marriage.


About Richard Reed Parry:
Richard Reed Parry is the red headed musical polymath at the heart of the endlessly inventive art rock band Arcade Fire, but his work and story reach far beyond. Born in Toronto in 1977 and raised in a community of ex-pat British isles folk musicians, he attended Canterbury high school in Ottawa, Canada where he graduated from the first generation of its Literary Arts programme. In 1998 he headed to Montreal where he studied electroacoustics and contemporary dance at Concordia University, paving the way for a career on the wilder edge of music.

In 2017, Parry premiered Wave Movements, an hour-long composition for string orchestra which he composed in tandem with frequent collaborator Bryce Dessner, alongside a film created by Hiroshi Sugimoto, at Barbican UK and the New York Metropolitan Museum of Art.
2017 also saw the premiere of Black Mountain Songs at Brooklyn Academy of Music, a multi media music performance based around the Black Mountain School, which he co-curated and co-composed with Caroline Shaw and Bryce Dessner for the Brooklyn Youth Chorus, released as an album on New Amsterdam Records.

In 2018 and 2019 he released Volumes 1 and 2 of the Quiet River of Dust album series on Anti Records, which he launched with a 4 week performance residency inside the Satosphčre dome of Montreal’s Societé des Arts Technologiques, where he performed both albums in their entirety inside a 360-projected visual world built around the music, for the Festival International de Jazz Montreal.

He has won a Grammy Award for Album of the Year, multiple Juno Awards for both Arcade Fire and Bell Orchestre, The Polaris Prize, Brit Awards, and Socan Awards among others.
He speaks English, French and is currently studying Japanese. He lives in Montreal. Sometimes.