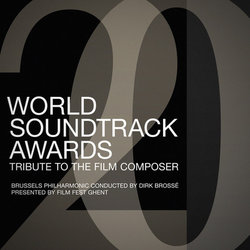 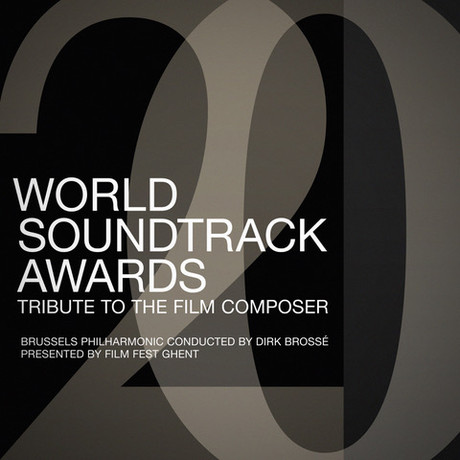 Supported by the Film Fest GentÆs World Soundtrack Awards, Tribute To The Film Composer is the sixth release in the WSA series on Silva Screen Records. The music is performed by the Brussels Philharmonic and conducted by Dirk BrossÚ.

Every year, an outstanding film music composer is invited to present their work during the annual World Soundtrack Awards Gala & Concert and this year the spotlight is on past winners. The Academy is celebrating 20 years of the World Soundtrack Awards with an anniversary concert on 24th October and album devoted to all thirteen Awards winning composers.

Tribute To the Film Composer album highlights the variety of the composersÆ output and it features exclusive premiere studio recordings. Some of the tracks are concert arrangements, adapted by the composer for a life beyond the film or TV score. Other tracks are new recordings of cues that have never been released on a soundtrack album or which were not even used in the film.

The albumÆs title is derived from the playful closing album track, John WilliamsÆs 2002 homage to his peers. Lasting less than five minutes, the Tribute To The Film Composer piece skillfully weaves through 23 different film themes by various composers who were nearly all either acquaintances or very close friends of the legendary John Williams.

Due to Covid restrictions, this yearÆs online concert will be free for fans to watch and the organisers are hoping this will further widen the already International WSA fanbase.

Tribute To The Film Composer will be released on 23rd October in digital and CD formats.

These are the nominees for the 20th anniversary edition of the World Soundtrack Awards!

All nominees for the WSAward for TV Composer of the Year initially composed music for film. Previous WSA Film Composers of the Year, Nicholas Britell and Carter Burwell are now nominated for their work on the television series Succession and The Morning Show respectively. In the meantime, the duo Trent Reznor and Atticus Ross, who received an Oscar ten years ago for scoring The Social Network by David Fincher, join the competition along with Lorne Balfe, four-time nominee at the BAFTA Awards and Nathan Barr.

Furthermore, Belgian composer Hannes De Maeyer is nominated in two different categories for his work on Torpedo: Best Original Score for a Belgian Production and the Public Choice Award. In the Public Choice category, the winner of last year, John Powell is again nominated for his work on The Call of Wild. The other scores that are nominated are Klaus by Alfonso G. Aguilar, Blizzard of Souls by Lolita Ritmanis and Kruimeltje by Joep Sporck.

Among the composers competing for the Discovery Award 2020 are the German composer Dascha Dauenhauer (recently awarded at the German Film Awards for scoring the film Berlin Alexanderplatz) and Bryce Dessner, for his work on the film The Two Popes, after already having collaborated with Ryuichi Sakamoto and Alva Noto on The Revenant. The other Discovery of the Year- nominees are Tom Howe, Daniel Lopatin and Christopher Willis.

The 20th anniversary edition of the World Soundtrack Awards will be celebrated in a special way. Adapted to current circumstances, this year's WSA will be an online edition, livestreamed from Kinepolis Ghent, where the ceremony itself will take place. This will give the festival's international audience the chance to enjoy the award ceremony and concert from everywhere around the world in a safe and corona-proof manner. The World Soundtrack Awards will be the closing event of Film Fest Ghent.

On the occasion of the 20th anniversary, the WSA is proud to welcome back Alexandre Desplat, record holder of the World Soundtrack Film Composer of the Year Award, Gabriel Yared, who will receive a Lifetime Achievement, and Michael Abels, Discovery of the Year 2019. Their music, as always performed by the Brussels Philharmonic and Vlaams Radiokoor and conducted by Maestro Dirk BrossÚ, will be prerecorded in the Brussels Philharmonic's hometown Brussels (Flagey) and will be part of the live event and the livestream.

You can still register to stay up to date and follow the ceremony and concert completely free of charge and from the comfort of your sofa, on the 24th of October.

Performed by the Brussels Philharmonic & Vlaams Radiokoor and conducted by Dirk BrossÚ, music director of Film Fest Ghent, all music is newly recorded by MotorMusic at FlageyÆs legendary Studio 4 in Brussels. The album is licensed to Silva Screen Records.