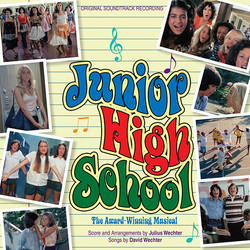 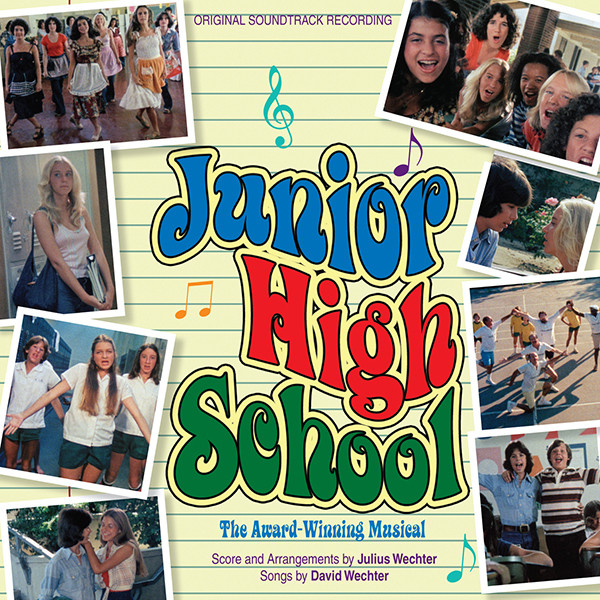 Junior High School was born out of a love of musicals. Its creators loved the form, embraced the form, and raised enough money to make a short musical film that is utterly charming and a complete delight from start to finish. David Wechter and Michael Nankin had already directed a critically acclaimed short film called Gravity, which had gotten them noticed. Two years later, just out of college, they joined some other friends, to make another audacious short film – a real musical about a fictional junior high school. This was, of course, long before High School Musicaland Glee. In 1978 there was no middle school; there was elementary school, junior high, and high school. The times they were a’changing – the late 1970s and early 1980s were the end of a certain kind of era, and Junior High School reflects that beautifully. There is a sweetness and innocence to the film that’s palpable, even if it includes the classic song, “The Itty-Bitty Titty Committee.”

Made for under $35,000 (the filmmakers raised the money and received a grant from the American Film Institute), the film was shot in one month at John Muir Junior High School in Burbank, California. It was a family affair, with many relatives and friends appearing in the film and working behind the scenes. Kids from all over LA auditioned, and the chosen cast is just so real and perfect, you can’t imagine it being better, although only one of the actors went on to have a significant career – PAULA ABDUL.

The film is beautifully directed and shot (in 16mm), and David Wechter’s songs are delightful, as is the script. David’s father, the great Julius Wechter, arranged the songs and wrote an original score. Julius, of course, was the leader of the popular Baja Marimba Band. He assembled some amazing players for the soundtrack recording, including several of the infamous Wrecking Crew. They include such luminaries as Bernie Fleischer, Bobby Findley (of the Tijuana Brass), Lou McCreary, Tommy Tedesco, Dave Frishberg (who also appears and sings in the film), Steve Schaefer, and the engineer was the great Larry Levine (pioneer of Phil Spector’s “Wall of Sound”).

Junior High School won awards in dozens of film festivals and was an immediate sensation, so much so that critic Roger Ebert said, “I think it’s probably impossible not to be charmed out of your socks by Junior High School.” As a direct result of the audience and critical response to the film, Wechter and Nankin were hired by Walt Disney Studios to make a feature – at the ripe old age of twenty-three. That film, Midnight Madness, while not a hit, developed a major cult following that continues to this day.

The Blu-ray of Junior High School also includes the acclaimed short film Gravity, as well as a commentary track with the film’s creators. The CD release has several bonus tracks, including demos from Midnight Madness, Malibu Bikini Shop, and the never made feature version of Junior High School, which was being developed by United Artists.