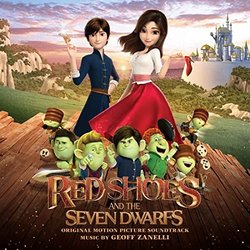 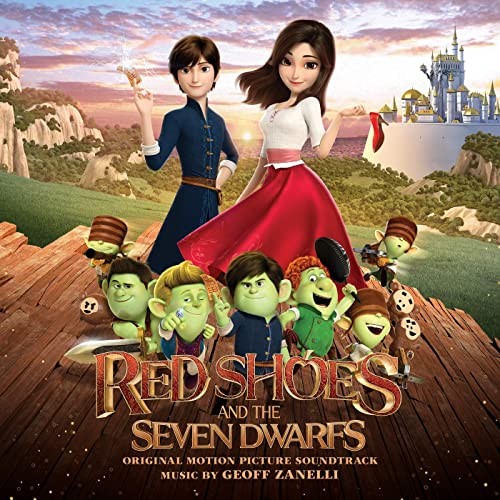 Milan Records has released Geoff Zanelli's score to Red Shoes and the Seven Dwarfs. The soundtrack features music from the South Korean animated film, which will make its US debut later this year.

Of the soundtrack, composer GEOFF ZANELLI says, “I love the special imagination it takes to make an animated film, and I was drawn to the story of Red Shoes and the Seven Dwarfs for its rethink of a fairy tale we all know and love. The score needed to be colorful in order to rise up to the scale of this story, so I lived in Red Shoes' imaginary world for a while while I wrote it. And like any imaginary world, one never really leaves it behind.”

RED SHOES AND THE SEVEN DWARFS is set on Fairytale Island, where one out of every dozen people is either a prince or a princess, and out of the dozens of princes on the island, a special group of princes called the Fearless Seven (F7) are known to be the finest of them all. The F7 think they rescue a beautiful princess from a fiery dragon but when they find out she is not as beautiful as they had hoped, they attack her. The fairy princess turns out to be a witch and curses the F7 with a spell that can only be broken with the kiss of the most beautiful girl in the kingdom. The fearless group of seven princes, now transformed into the seven dwarfs, set out on an impossible mission to undo the spell.

Meanwhile, Snow White, whose appearance is far from the perfect beauty that the dwarfs are searching for, stumbles upon a pair of magical Red Shoes that transform her into the beautiful girl who she never thought she could become. She escapes from the wicked queen and somehow finds her way into the dwarfs’ house, seeking help to find her missing father.