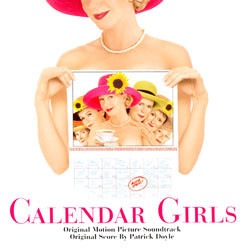 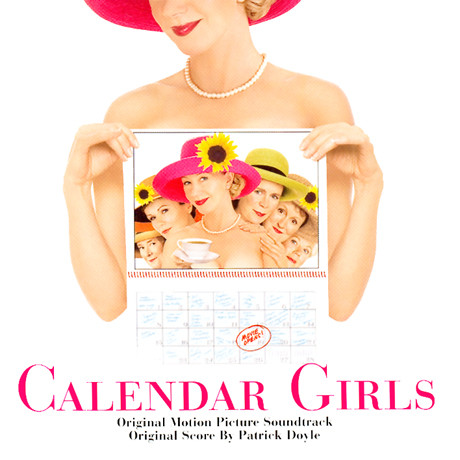 Show reviews in other languages
Calendar Girls - 05/10 - Review of Tom Daish, submitted at 2010-09-10 23:13:01
I don't honestly know if the rest of the world has the Women's Institute (WI), but in the UK, it's one of those things that has a very stereotypical image - women of a certain age making jam and baking cakes, plus of course, nattering. Calendar Girls deals with a particular institute, somewhere up north, who decide to do a nude calendar to raise money after one of its members' husbands dies from leukemia. Based on a real story, it is naturally somewhat uplifting (as it were) as the ladies get their kit off and the calendar goes on to sell in its thousands and culminates in a group of them being interviewed by Jay Leno. By its very nature, there is only a fairly flimsy plot, but the game cast - including almost every British actress over 40 - keep things moving along, even if the 'dramatic' conclusion is a touch unconvincing (real though it may be).
Despite a track listing that looks fairly promising - a handful of songs (expected) and a selection from Patrick Doyle's score - the total time, at under half an hour, seems a little on the mean side. In fairness, this isn't really a film where much score is required. Doyle's perky piano theme is nice, if not exactly memorable and the score is largely brief string or piano led vignettes; from the jaunty comedy of Throwing Cakes and Great Tits, to the more dramatic The Funeral, Letters and The Cliff. Despite the lovely twinkling piano riffs, there isn't too much sentiment and Doyle keeps the music dramatically convincing. Of the songs, it's Beth Nielsen Chapman's I Find Your Life, that comprises the most moving and suitable inclusion, ironic given that it's marked as 'not used in the motion picture.' However, the rather random remaining songs are variably familiar, but all enjoyably engaging. In this instance, mixing them with the score might not have been such a bad move given how short most of the cues are.

It's not surprising the record company failed to list times for each track since any buyer would immediately realise just how brief the album is. On its few appearances, Doyle's score works well enough in the film and is pleasant on disc, but is one of those scores that sounds like the composer's style, but with the guts taken out. You can tell it's Doyle, but would be hard pressed to recall anything specific about it afterward, nice though it is. Somewhat difficult to recommend either way. Doyle fans (like me) will probably feel a little short changed, but the songs probably aren't really enough to entice the casual listener; it certainly has no 'big song' to sell the album, unlike The Full Monty, for example. Enjoyable fluff, but probably not worth paying full whack for.

Other releases of Calendar Girls (2003):