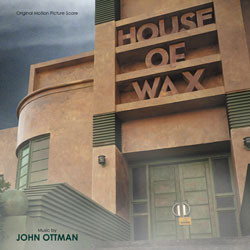 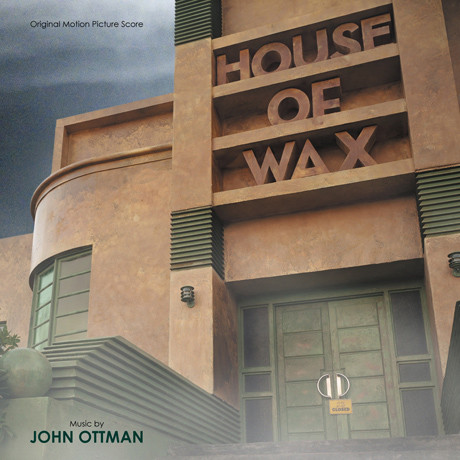 House of Wax - 06/10 - Review of Tom Daish, submitted at 2010-10-08 22:05:31
House of Wax seems to have picked up its film making credentials from several different periods in the history of cinema. Loosely based on the 1950's flick of the same name starring Vincent Price (music not by Franz Waxman as that would be too funny, but, David Buttolph), but featuring the kind of dumb teens (or 20 somethings) that stumbled to a grizzly death in every horror film of the 1980's but, naturally, with some 21st century visual effects. Oh yes, and it stars Paris Hilton, who is, essentially, famous for being famous. Still, the mild success of this film may spawn the much anticipated British version starring Swindon Travel-Lodge. To help Paris and chums to their candle based demise (there's something you don't read every day) is John Ottman and, on the evidence provided here, provides the film's only quality aspect.

I shan't bore regular readers with the fine detail of why horror scores are often so unremittingly crap, but suffice to say that Ottman manages to avoid pretty well every pitfall and has crafted a surprisingly old fashioned slice of horror melodrama. Chorus and circling strings introduce the surprisingly portentous Opening, which, as with a number of the composer's scores, has the faint whiff of Elfman about it - especially some of the staccato choral effects - but Ottman has just about enough personality of his own to keep it from being a thin rip. By not caving into meandering, eerie strings, synths or endless high volume brass outbursts, the level of engagement remains high with effective dissonance as the different instrumental lines move around each, the tension built in as they clash.

Of course, with scenes of dumb kids wandering down corridors, it's difficult for a composer to completely avoid a bit of suspense, but thankfully Ottman generally keeps the momentum going. Even when he is reduced to suspended string notes, he adds other textures to stop the whole thing stalling and tracks such as Up in Flames build from a simple opening to a hair raising and melodramatic finale. Picking up toward the end with the exciting Bringing Down the House, but closing out with a church organ version of the main theme performed by the composer, hopefully with a devilish grin on his face. Overall, it occasionally becomes a little anonymous and the chugging string motifs don't seem to be going anywhere, but give me that over orchestral screeching any day. Not exactly ground breaking, but solid, listenable throughout and not without a number of fine moments.