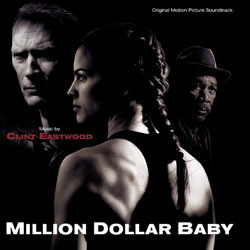 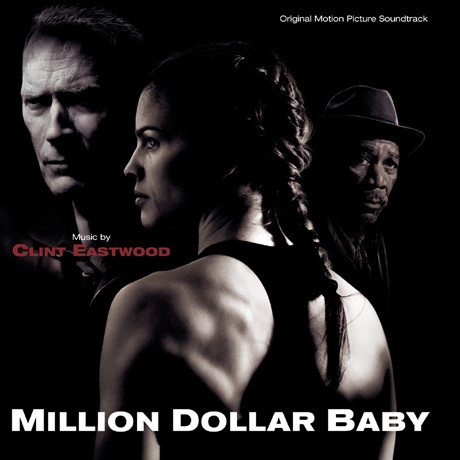 Show reviews in other languages
Million Dollar Baby - 05/10 - Review of Tom Daish, submitted at 2010-09-10 23:27:35 en
Despite a title that puts to mind a flick about bionic toddlers, Million Dollar Baby is about boxing. Clint Eastwood is in behind and in front of the lens, as the coach, with Hilary Swank as his protogé. Swank won an Oscar for her acting, Eastwood for his directing and Morgan Freeman as best supporting actor. Although parallels to Rocky are perhaps inevitable, Million Dollar Baby is distinctly more introspective and that is matched in Eastwood's music. The actor/director is evidently trying to outdo Robert Rodriguez in the most number of roles he can fill with each movie, which in this case, perhaps wasn't such a great move.
It's tempting to immediately conclude that Million Dollar Baby's score isn't great because Eastwood isn't a top film composer, but the problems inherent with the album are considerably less noticeable in the film, which is sparsely scored. When cues are brief, but infrequent, the rather repetitive nature of the music can be accommodated in context, but when each track is placed one after another, the lack of invention starts to wear thin quickly. There are some nice ideas, however; two major melodies dominate, a pleasant guitar motif and a similarly lovely, but brief, piano melody, both of which seem to play over and over with little variation. During the first half of the album, only Boxing Montage and Blue Diner offer any variety and they are by Kyle Eastwood and Michael Stevens.

Blue Bear brings a little more gravity to the musical drama and, while brief, makes an impact. Indeed, it starts to widen the musical palette for the second half with some fine, gentle string writing. How much input Eastwood's regular composer Lennie Niehaus had into the score, especially in terms of texture, is difficult to gauge, but his glowing orchestrations are certainly a highlight here and elevate the slightly mundane material into some quite affecting. Eastwood's music is too lovely to dislike and the brevity of the album ensures that it never gets that wearing, but a 10 minute suite on a compilation would cover the entire gamut of material. Nice enough, but one can't help but wonder what Elliot Goldenthal or Thomas Newman might have done with the material.
Golden Globes: Best Original Score (Nominee)