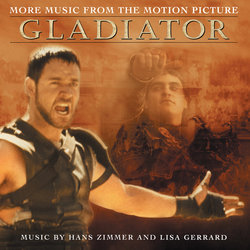 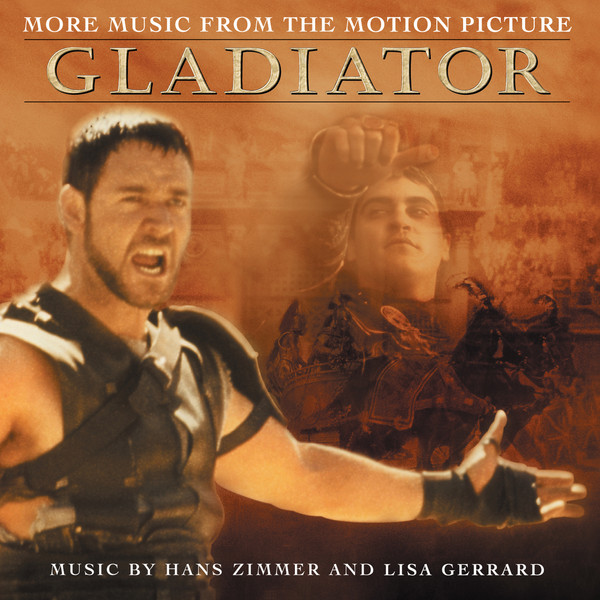 Gladiator - 06/10 - Review of Andreas Lindahl, submitted at 2008-01-20 21:25:40
"More-music-from" soundtracks are rarely better than the first, original soundtrack releases. At least not from a film music fans' point of view. More Music from Braveheart is perhaps the best, or worst, example. This release offered only a couple of minutes of unreleased music from James Horner's score, with the remaining part of the CD cluttered with sound clips and dialogue from the film, score cues already available on the first CD, and traditional bag pipe music(!). One may wonder why dialogue is included in the first place, as it is so hated among film music fans. The largest reason is probably that it makes the CD more appealing to a larger crowd of "normal" people (meaning persons that normally don't listen to film music at all).

Similar to the second Braveheart CD, More Music from Gladiator has its fair share of dialogue from the film, often mixed over music - both unreleased and already available - from Hans Zimmer and Lisa Gerrard's successfull score. To be frank, I don't mind it that much. Mostly because so much music from the score already is available on the first album - if you don't like having the dialogue over the music, just listen to the dialogue free music on the first disc. Simply as that. But on the other hand, I really don't think that the dialogue adds anything to the listening experience, so I wouldn't say that it "works". At least not for me.

So while the dialogue is fairly uninteresting, listeners should find the cues with unreleased score music more appealing. "Duduk of the North" is a really beautiful, ethnic sounding piece, where the duduk really is allowed to shine, backed up by subtle strings, acoustic guitar and synths. "Now We are Free (Juba's Mix)" is an alternative version of the cue included on the original soundtrack. It is much more optimistic in its sound, and with a much more distinct African style, complete with African vocals. It is really quite good, but I doubt it would have worked in the film. "Rome is the Light" is a really annoying piece. I don't know why, but I really can't stand it. Might be because of the melody, which I find really blatant and uninteresting, or Gerrard's voice, which sounds really strange, with vibrato set to max. Or so it seems, anyway. Thank God this wasn't included in the final version of the film. "Maximus", track ten, is far more interesting, being an acoustic guitar version of the theme representing Maximus, the family and home. Short, but good.

"The Gladiator Waltz" should be interesting to fans' of Zimmer's music. This is an eight minute long demo version of the music written for the opening battle, performed entirely on synths by Zimmer himself. It's worth noting that it sounds remarkably close to the final, orchestral version...

The disc closes with yet another version of "Now We Are Free", titled "Maximus Mix". This is a dance version, with a strong beat and some nifty synth sounds. To my surprise it isn't as bad as I expected it to be, even if the final version, and "Juba's Mix", are better, of course.

All in all, I really don't know what to think about this CD. I don't think that a second soundtrack CD was necessary to start with, with so much music being included on the original album. However, the previously unreleased cues included are quite good (apart from the already mentioned "Rome is the Light", that is). I suppose that what I am trying to say is that if you are a huge fan of the film and the score, by all means get this release. Personally, I'm perfectly happy with the first soundtrack.
Gladiator - 08/10 - Review of Tom Daish, submitted at 2010-09-07 22:37:24
This is the kind of album that soundtrack fans are willing to embrace simply because they can't get enough of the original album, but equally annoys many who demand a 'proper' expanded version of a particular score. In the same manner as Decca's previous More Music from Braveheart, this More Music From album features extra cues, a demo, a smattering of dialogue and some alternate versions. The original Gladiator album was extremely well produced and played out as a synth and symphony version of the film. This album obviously doesn't work in the same way, but still plays very well indeed.

This is the kind of album where everything seems familiar, but different. The motifs, the texture of the music and the soundscape instantly reminds the listener of the first album, but all the tracks are either something new entirely, or differently arranged or performed. For example, the alternate version of Now We are Free features a more percussive and choral arrangement, which you can hear wouldn't have been suitable for the film in the way that it was intended. The pseudo spiritual finale that Gerrard and Zimmer were going for, is lost in the Lion King sounding choir. Admittedly, many people felt their final attempt didn't work either, but much though I love Miklos Rozsa's music, I'm not sure that kind of music would have matched Ridley Scott's take on the material.

Of course, some of the tracks are a little bit of nothing and simply act as transitions between the more interesting sections, but whenever the music becomes quiet, the dialogue extracts appear. I'm not a great fan of dialogue where it tramples all over the music, but in this instance, it helps to prop up the less interesting music and on an album such as this, isn't really interrupting the flow of a soundtrack. Perhaps the most interesting demo is Zimmer's original synth mock up of the opening battle, The Gladiator Waltz. Zimmer's curious explanation about wanting the music to be a waltz, to suggest the Romans as cultured rather than savages. I don't quite hear it myself, but Zimmer does at least also admit the Holst influence, as well as that of several other classical composers. It's surprising how similar the demo sounds to the final orchestral version.

An interesting melting pot of an album that will no doubt annoy people who just wanted a second disc of material that didn't feature on the first. However, produced like this, all the best, new material plays without intrusion and the dialogue adds to the atmosphere of the more subliminal, brooding portions. In the long run, I think the original album presents all the best material and in a way that reflects the film's narrative the best, so providing the more enjoyable experience as a soundtrack, as such. However, as a stand alone selection of Zimmer's and Gerrard's music, it's another hour of extremely entertaining material that, despite its more disparate origins, is worked together to great effect. The detailed track by track analysis by Zimmer is also extremely interesting. It's almost a shame he didn't contribute in the same way to the original album, but here it gives him a chance to explain where all the different ideas are coming from.
Trailer: