Miles Davis: Birth of the Cool
Music From and Inspired by The Film 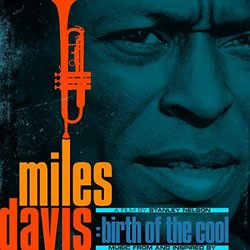 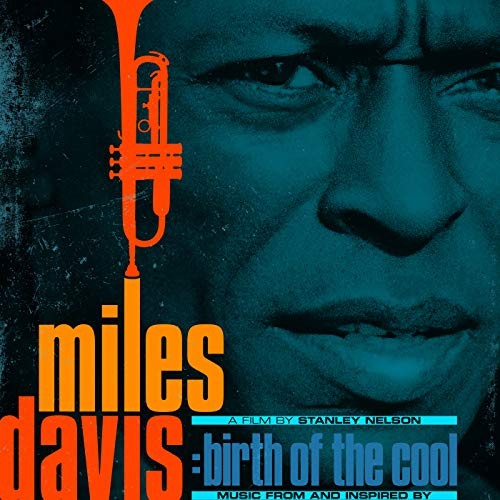 Miles Davis: Birth of the Cool

Columbia Records and Legacy Recordings presents a soundtrack album for the documentary Miles Davis: Birth of the Cool. The album contains songs from and inspired by the film by Miles Davis.

Columbia Records and Legacy Recordings presents a soundtrack album for the documentary Miles Davis: Birth of the Cool. The album contains songs from and inspired by the film by Miles Davis.

The soundtrack is available digitally and physically (Cd) on February 21, 2020.

Directed by Emmy Award-winner Stanley Nelson (Tell Them We Are Rising: The Story of Black Colleges and Universities, The Black Panthers: Vanguard of the Revolution, Freedom Riders for American Experience), Miles Davis: Birth of the Cool is a co-production of Eagle Rock Entertainment, Firelight Films, and American Masters Pictures.
The documentary premiered at 2019 Sundance Film Festival.

Miles Davis: Horn player, bandleader, innovator. Elegant, intellectual, vain. Callous, conflicted, controversial. Magnificent, mercurial. Genius. The very embodiment of cool. The man with a sound so beautiful it could break your heart.
The central theme of Miles Davis's life was his restless determination to break boundaries and live life on his own terms. It made him a star—it also made him incredibly difficult to live with, for the people who loved him most.
Again and again, in music and in life, Miles broke with convention—and when he thought his work came to represent a new convention, he changed it again.
Miles's bold disregard for tradition, his clarity of vision, his relentless drive, and constant thirst for new experiences made him an inspiring collaborator to fellow musicians and a cultural icon to generations of listeners.
It made him an innovator in music—from bebop to “cool jazz,” modern quintets, orchestral music, jazz fusion, rock ‘n’ roll, and even hip-hop.
Featuring never-before-seen archival footage, studio outtakes, and rare photos, Miles Davis: Birth of the Cool tells the story of a truly singular talent and unpacks the man behind the horn..

Music From and Inspired by The Film Birth Of The Cool

The definitive audio companion to the critically-acclaimed new documentary directed and produced by Stanley Nelson, the soundtrack is an essential Miles Davis playlist for seasoned fans and new listeners alike, lovingly curated by the director and paired with short audio excerpts from the film for a unique listening experience.
It brings together recordings and performances spanning labels and the artist's musical evolution--from 'Donna Lee' (a 1947 Savoy master take with legendary alto saxophonist Charlie Parker) to 'Moon Dreams' from the groundbreaking 1949 Capitol sessions that were ultimately collected on the album Birth Of The Cool, through the seminal 1950s pieces for Columbia that revolutionized the worlds of jazz and popular music (including 'Generique,' Miles' improvised soundtrack to Louis Malle's 'Elevator to the Gallows' as well as tracks from Miles Ahead and, of course the most popular jazz album of all time, Kind of Blue).
The album also highlights Miles's evolution in the 1960s with tracks from Sketches of Spain and Someday My Prince Will Come to his iconoclastic invention of electric jazz/fusion (exemplified in a 45rpm single edit of 'Miles Runs the Voodoo Down' from Bitches Brew).