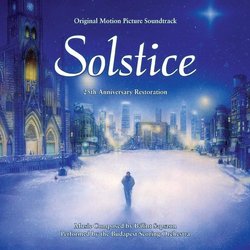 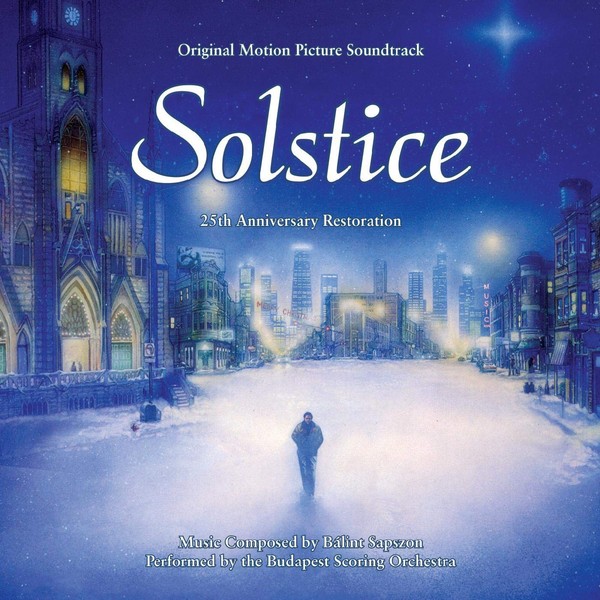 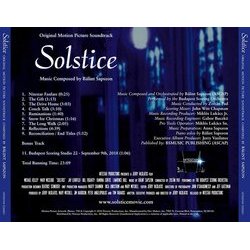 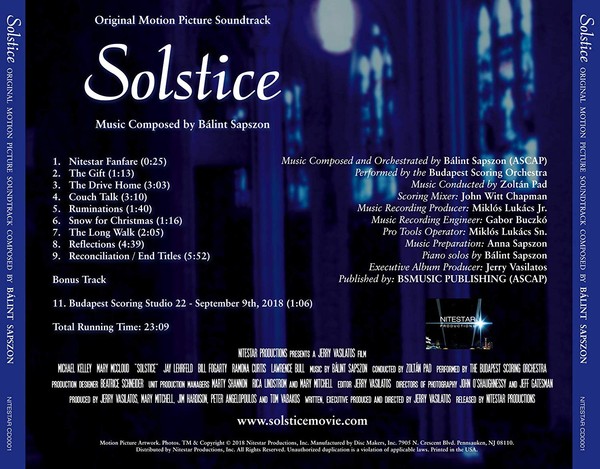 Music is so much more important to the emotional impact of a film than most audiences realize. When I first completed 'Solstice' in 1992, I had always wanted an orchestral score similar to the temp tracks I had edited the film to. We directors tend to get spoiled seeing our stories play out against the music of composers like David Newman and John Williams but alas, my budget didn't allow for it. Settling for a synth score I was never fully satisfied with, I accepted the film as it was finished with the limitations at the time.
As the restoration of 'Solstice' commenced in 2016 however, it meant I'd also be reconstructing the sound edit using the original reel to reel elements for better audio fidelity. Starting from ground zero meant I could also replace the original synth score, but to whom could I turn that would help make me forget the older soundtrack music I had fallen in love with when I temp tracked my original edit in the 90's?
Balint Sapszon is a multi-award winning composer and concert pianist born in Budapest. Composing entirely new themes performed by players from the most prestigious Hungarian symphonic orchestras, Balint helped breath new life into my 25 year old film. We had many discussions on a musical approach that would steer away from scoring it as a traditional Christmas movie. As the film's title is derived, winter solstice is seasonally the coldest, darkest time of the year. For some, it can be that way on an emotional level. Balancing that against the winter solstice also being a time of celebration and renewal with the onset of holidays would be Balint's challenge, and he delivered masterfully.
Brilliantly underscoring the soulful performances of leads Michael Kelley and Mary McCloud, Balint musically guides Nick's Christmas Eve journey through the chilly streets of Chicago with the lonely heartache and eventual tranquility I always wanted a score to project. When I now think of Solstice, gone are the memories of music written for other films I had once used as temp tracks. I have found a new love in this score Balint has provided giving the picture its own unique identity exceeding anything other composers could have provided. From the quiet piano melodies to the full, majestic orchestral sweep he has imbued our little story with, I will always be forever grateful.
- Jerry Vasilatos, Director December, 2018 -

The 25Th Anniversary Restoration
In 1993, filmmaker Jerry Vasilatos wrote, produced and directed the holiday drama 'Solstice' with the help of a talented pool of filmmaking classmates, unknown local actors, and students from his alma mater Columbia College in Chicago. Through some Christmas magic and a lot of good fortune, 'Solstice' miraculously ended up being broadcast into millions of households as Lifetime Television's Original World Premiere Movie in the 1994 and 1995 holiday viewing seasons as 'Solstice: A Christmas Story'. Along with accolades in both the Charleston and Houston International Film Festivals, the film gained a small but loyal following as a Chicago Christmastime classic, with a limited home video release on DVD in 2004 as 'The Night Before Christmas'.

'Solstice' was originally shot on 16mm film, with release prints generated from an interpositive element. When the film was prepared for broadcast in 1994, that interpositive print was transferred to a standard definition, one inch broadcast tape format. State of the art at the timeà but woefully inadequate by contemporary high definition standards if the film was ever to be presented again. Thankfully, all of the original visual and audio elements from 'Solstice' had been in safe storage since its completion. A return to the original camera negative rolls and a scan in 2K would be the first step to restoring the film in the best way possible.

With funding for the restoration raised through the generous support of crowdfunders on Kickstarter, 'Solstice' was scanned and then underwent a painstaking, four month process of digital frame by frame dust, dirt, and scratch removal. Once the scan was cleaned up and some other enhancements added, the digital DPX files were given a new color grading to bring out the vibrancy of the original cinematography. On the audio side, the filmÆs original reel to reel analog tape recordings from production were also digitally transferred, with the mix then completely re-synched and reconstructed to present the sound for the film in the best fidelity possible.

With a new orchestral score replacing the original synthesized version in September of 2018, 'Solstice' now looks and sounds better than originally presented in 1993, right in time for itÆs 25th Anniversary in 2018 thanks to technological advancements giving filmmakers the tools to restore their films with the image clarity inherent only in their original camera negative elements.

For more information on the 25th Anniversary presentation of the film, please visit the Facebook profile at: https://www.facebook.com/SolsticeTheNightBeforeChristmasMovie/