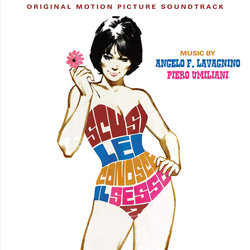 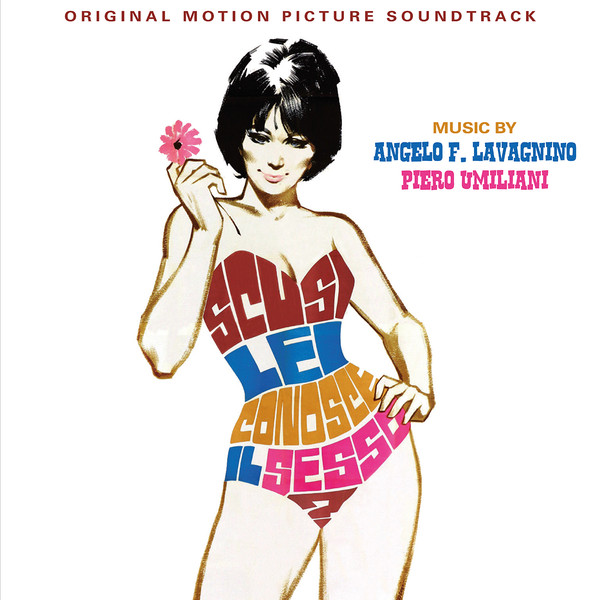 Quartet Records and Gruppo Sugar present the world premiere release of the score for a rare mondo film by no less than Angelo Francesco Lavagnino and Piero Umiliani!

Directed by Vittorio De Sisti in his directorial debut, Scusi, lei conosce il sesso? (1968) was one of the earlier examples of the genre with small investigative episodes organized around the topic of human sexuality. Interviews and reconstructed footage are used to explore all aspect of sex from breastfeeding to creating new life—spending an inordinate amount of time on deviations, of course.

The music was composed by Angelo Francesco Lavagnino and Piero Umiliani, whose score favors pop music sensibilities with a preference for bizarre juxtaposition. The score is an amalgam of romantic themes, jazz, bossa nova, shake, afro sound, psychedelia, and even a beautiful song performed by Lydia McDonald.

This CD marks the premiere release of the score, edited and mastered by Claudio Fuiano from stereo master tapes provided by Gruppo Sugar. 8-page liner notes by Gergely Hubai discuss the film and the score