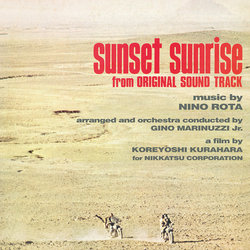 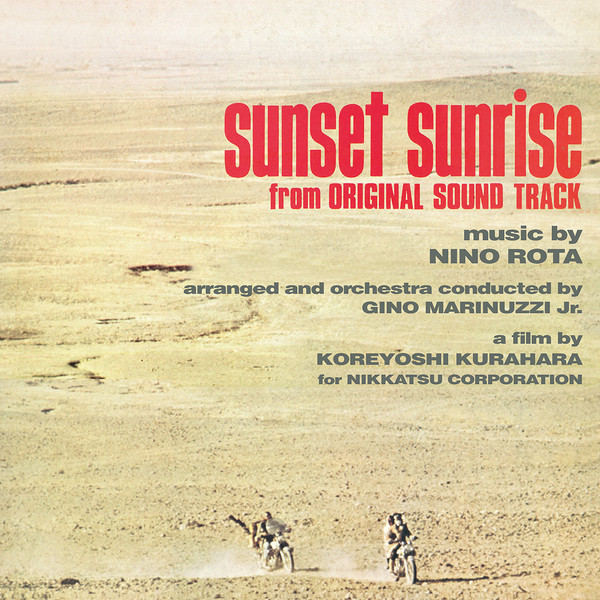 Quartet Records and Nikkatsu Corporation present the premiere CD release of the Nino Rota score for a Japanese rarity.

Directed by Koreyoshi Kurahara in 1971, Sunset Sunrise (Hi wa shizumi, hi wa noboru) is a “hippie” road movie chronicling the trek that a handful of people take in order to reach Katmandú, the capital of Nepal.

Composed between the two Godfather films, Rota’s score is combination of European sensibilities (including light party source music) with the sound of Tibetan music in a curious amalgamation of both worlds. The soundtrack selection also offers a solo guitar version of the main theme as well as a trademark Rota symphonic overture and love theme.

Previously released on a rare Japanese LP that included dialogue and sound effects, this CD marks the first release of the complete score—an obscure gem from the composer’s late career. As bonus tracks, we have included two cover versions, one conducted by Carlo Savina, and the other under the baton of Rota himself in his famous concert offered in Japan in 1977, both courtesy of Gruppo Sugar.

Restored and mastered by Chris Malone, the CD is accompanied by an 8-page booklet including liner notes by Gergely Hubai that discuss the film and the score.