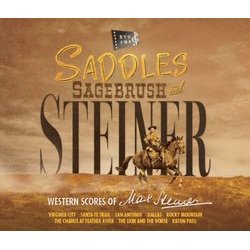 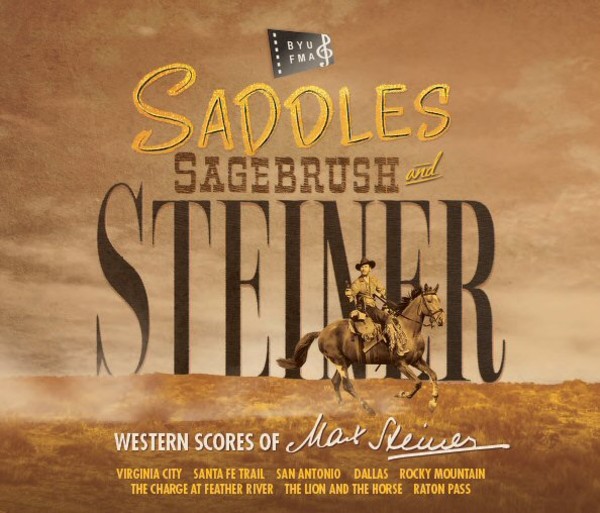 With music from VIRGINIA CITY, SANTA FE TRAIL, SAN ANTONIO, DALLAS, ROCKY MOUNTAIN, THE CHARGE AT FEATHER RIVER, THE LION AND THE HORSE and RATON PASS, this album gives a broad representation of SteinerÆs approach to scoring a genre of motion pictures that was distinctly American. The CDÆs include all of the surviving music from the scores represented, including music not used in the films and alternate tracks featuring Max working the orchestra.

VIRGINIA CITY was intended as a follow-up to DODGE CITY but became a Civil War espionage drama. SANTA FE TRAIL, also set during the war between the states, centered on the effort to apprehend abolitionist John Brown. DALLAS was a Gary Cooper vehicle in Technicolor that favored action over melodrama. ROCKY MOUNTAIN found Errol Flynn facing a rare fateful ending on the screen and THE CHARGE AT FEATHER RIVER was MaxÆs only score for a film released in 3-D. THE LION AND THE HORSE was a modern western that was aimed at the family trade and RATON PASS featured hard hearted Patricia Neal scheming for control of a ranching empire.

All scores were recorded at Warner Bros. Scores, with orchestrations by Hugo Friedhofer and Murray Cutter, were conducted by Max Steiner. In addition to the soundtracks, the box set features a 40 page full-color booklet with essays by James V. DÆArc and Ray Faiola, as well as a generous amount of original photographs and publicity material. Disc mastering by Ray Faiola, Chelsea Rialto Studios. Package design by Jim Titus.