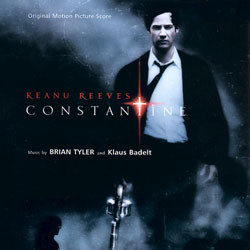 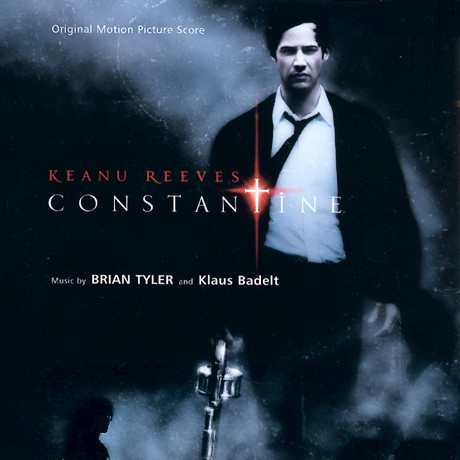 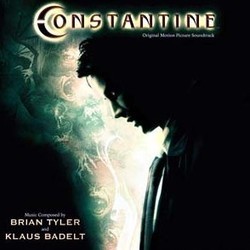 Constantine - 06/10 - Review of Andreas Lindahl, submitted at 2008-01-20 21:25:40
Based on the Hellblazer comic book by Jamie Delano and Garth Ennis, Constantine stars Keanu Reeves as supernatural detective John Constantine. The task of delivering the score for the film fell upon composers Brian Tyler and Klaus Badelt, with the former composing the entire orchestral score, and the latter brought in later on after some test screenings to add some electronics to the mix, to make the score a little "cooler" and more hip. A rather unusual approach, one must say. The final result works pretty well, however.

The world of Constantine is dark and gritty, and this is of course reflected in the music, which is equally dark, with lots of eerie, brooding cues. Tyler's orchestrations favor low strings and brass, with a generous amount of dissonance and bass string ostinatos, creating a rather agressive sound, with excellent cues, such as the exciting "Into the Light". As a counterweight to these darker moments, more quiet parts can be found in tracks like "I Left Her Alone" and "John", which features some soft and relaxing, albeit sad, piano solos, supported by quiet strings.

Badelt's contribution isn't perhaps that exciting - it's basically more or less (often less) interesting electronics placed over Tyler's orchestral music. It's hard to say if the score would have been better without them, but it's safe to say that Tyler's, not Badelt's, contribution forms the backbone of the score, even if Badelt adds some great sounds to the score in a couple of cues.

When it comes to the score's thematic building blocks, there really isn't anything that will knock your socks off - the score is dominated by underscore, which relies more on texture and rythm than memorable melodies. Which is not to say that the score is interesting anyway, but it requires more of the listener, and it may therefore take some extra time to really get into the music. It's nothing that will sweep you away with its melodic grandeur. It grows on you, and starts to get more refined and layered after a couple of listens.
The music of this soundtrack was used in:

Other releases of Constantine (2005):